Ahoy, squirts! Quint here. Word has leaked out that Trey Parker and Matt Stone are shortly announcing that they're taking their South Park and Book of Mormon money and starting their own studio, according to the New York Times. 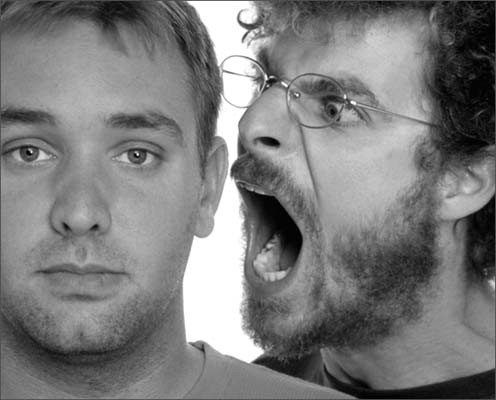 Word is Trey and Matt will use this new set up, called Important Studios, to develop and produce TV, theater and film projects, including the movie adaptation of Book of Mormon.

Can you imagine the kind of crazy shit these guys will put out? What if they get all Weinstein serious on us? I don't think I could take that...

More on this as information comes in!