Hey folks, Harry here...  a follower on Twitter sent over this pic purporting that it is a shot of Tom Hardy as Max Rockatansky in FURY ROAD.  Here it is: 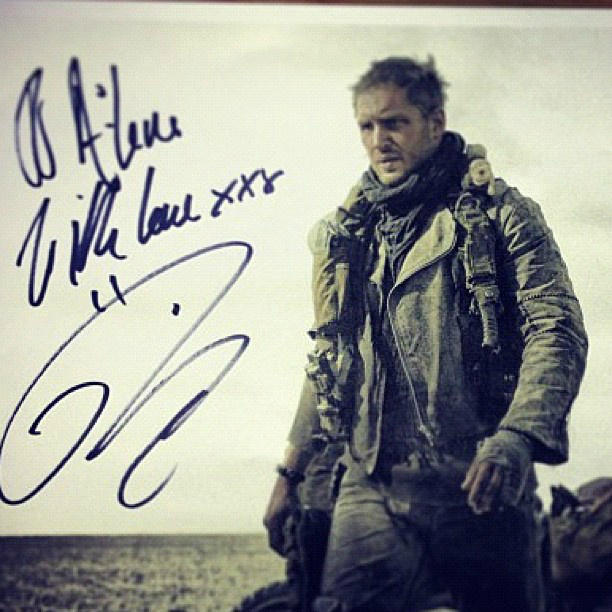 Now - the signature looks a lot like Tom Hardy's quick sig...   And I'm not immediately recognizing this shot as being from anything I recognize...  is this MAX?

And check out this picture of the "War Rig" signed by the "Five Wives". This comes courtesy of David Simpson (@DGSimo on Twitter). 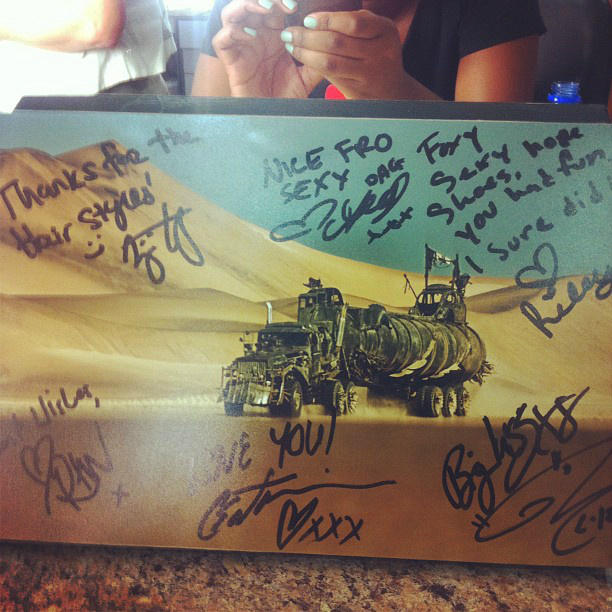