The Kidd Vs. ZERO DARK THIRTY 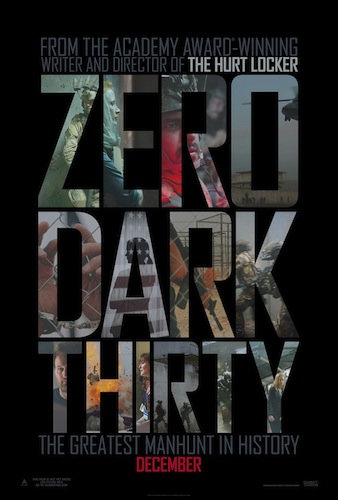 Right from the start of ZERO DARK THIRTY, when Kathryn Bigelow makes the decision not to show the events of 9/11, leaving the horrific images of the planes and the buildings that have been permanently ingrained in my mind since that awful day out of the equation, but simply using the sounds of the 9-1-1 calls that went out that day from people experiencing those horrors, you know this is going to be a much different film dealing with the events September 11 and beyond. Everything changed on that fateful day, and ZERO DARK THIRTY takes a good look at how so, detailed the efforts of our intelligence agencies to locate and hunt Osama bin Laden, an event that finally reached its head after a decade of disappointment and hope in following his trail.

The film follows Maya, played by Jessica Chastain, a killer by Washington’s standards, who is put on al-Qaeda detail in the hopes that her intelligence and expertise on the matter may bring the United States closer to some sort of deadly resolution in finding the man responsible for the deaths of 3,000 Americans back in 2001. She recognizes Pakistan is “kind of fucked-up,” and it’s quite clear that she doesn’t really have the stomach for torture being used at various Black Site locations as a means to getting vital al-Qaeda information from its captured members, but she takes her duty in hunting bin Laden quite seriously, perhaps more seriously than anything else in her life, because this is her life. Finding Osama bin Laden is all she has and all she wants. It’s a fixation... an obsession in many ways… to do her job and do it to the best of her ability, which means finding the man wherever he may be hiding period.

Regardless of the impressive cast that Bigelow has assembled – Kyle Chandler, James Gandolfini, Joel Edgerton, Chris Pratt, Mark Duplass, Jennifer Ehle, Edgar Ramirez – ZERO DARK THIRTY is absolutely Chastain’s film to carry, and, as she’s proven in every other film she’s been involved in, she brings nothing short of her best the second she steps out onto the screen. She is the emotional core of the film, which, like her character’s mindset, can be cold at times. This isn’t a role that’s meant to dazzle or entertain you, nor is this film. This is a serious procedural that shows the steps the C.I.A. took over the years in building their leads on Osama bin Laden to finally go into a walled compound in Abbottabad with the assessment that that is where he was. Step by step, the missteps of the intelligence community are on display, from their failed attempts to buy information from those in the know (Maya is smart enough to point out in one of the film’s “Told you so” moments that al-Qaeda is a group of radicals that value other things much higher than money) to their successes, such as using call monitoring and phone tapping to find bin Laden’s most trusted courier, a break that would lead them directly to their ultimate target. 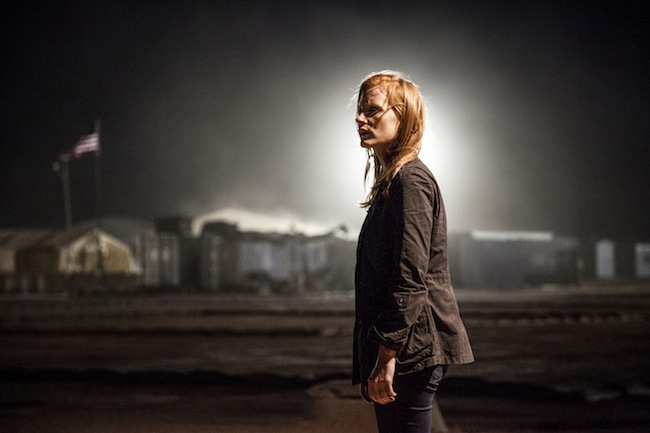 The pace of ZERO DARK THIRTY can be a bit dizzying at times, because you’re trying to keep track of all of these names and their importance to the al-Qaeda hierarchy, not to mention the various locations where these events are taking place, but when you break ZERO DARK THIRTY down to its simplest form, it is simply about Chastain’s Maya keeping her eye on the prize, because she doesn’t know anything else. She doesn’t have a husband or a boyfriend; in fact, you may even wonder if she wants one. For all intents and purposes, her boyfriend during her time with the C.I.A. is Osama bin Laden, and she is going to do everything in her power not to let him out of her sight. She barely even has any friends, unless you consider her work colleagues, who she spends most of her time talking about al-Qaeda and bin Laden with. Her mission is more than her job; it’s her.

Bigelow refuses to take the bait of dramatizing Maya and her motivations for becoming so engrossed in the task at hand. We don’t know if she lost family or friends on September 11. We don’t know if she’s seeking some type of emotional closure herself to seeing bin Laden killed. And ZERO DARK THIRTY is better off for leaving those things alone, because this isn’t that kind of movie. At best, Maya states at one point that she believes she was spared to finish a job that others have died trying to do. She believes she is meant to get this done, and she’ll be damned if she is going to come out on the short end of that stick.

Jason Clarke turns in an outstanding performance as one of Maya’s first colleagues on the job, Dan. Dan is an interrogator at one of the undisclosed C.I.A. detainment locations, using waterboarding and sleep deprivation among the many tactics up his sleeve to try to get information. However, over time, you can see that these actions, aimed to break the prisoners, also wind up breaking the enforcers. Unless they’ve suffered some type of mental break along the way, there’s only so much punishment one can dish out to another human being, enemy or not, before it starts to alter your own sensibilities. Bigelow doesn’t shy away from the brutality of such tactics, while taking a pretty firm position that those means didn’t really help us in trying to find bin Laden; in the end, it was solid police and detective work that really broke the case wide open. In fact, anyone who offers up the idea that ZERO DARK THIRTY glorifies torture or forwards the perspective that torture is a valid way to get credible intel didn’t actually watch the movie. However, it’s important for Bigelow to examine these actions, at a time when politics left plenty of wiggle room for it to occur, in that it makes the intelligence-gathering side of the C.I.A.’s operations all the more impressive. 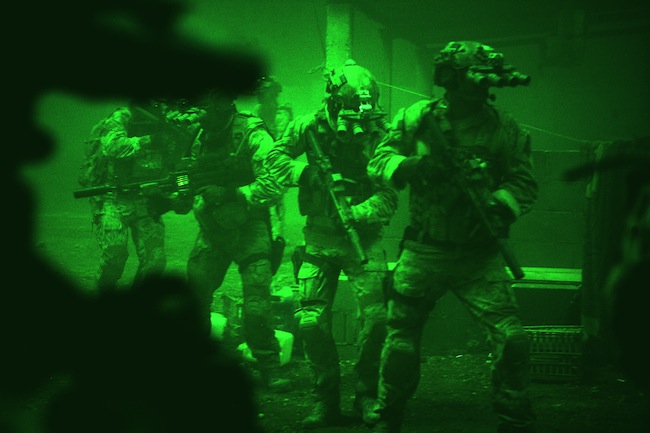 All of this builds to a Navy SEAL team being given the green light to raid the compound in Abbottabad, which, even knowing the outcome, is some of the most tense filmmaking I’ve seen this year. Making their way around a location with high security walls and blacked-out windows, the SEALs move room by room, eliminating the targets and threats inside. Bigelow employs night vision camera work to place the audience collectively as the last member of the SEAL team, maneuvering through this dangerous mission as if you’re right there in the middle of it. It makes for a gripping sequence of events, but not one that may come across as you might think. This isn’t meant to be an exciting action set-up, so much as a realistic depiction of the seriousness of this breach. It’s anything but a rah-rah moment of patriotism for the United States getting their man, as it serves more as a sense of relief that this is finally over (the search, not the movie) for all of us that remember the events of 9/11 all too vividly but also for Maya, who’s life has been consumed by this hunt. As these moments are unfolding, you’re not stirred to just scream out” America, fuck yeah!” A deep breath and an under your breath muttering of “Whew… finally…” seems more in order.

Bigelow has once turned out another great film, with Mark Boal’s screenplay smartly whizzing through the mundane process of the C.I.A.’s daily dealings (after all, it does span a decade, so not everything can be shown). The important details are made to count while building this intriguing character who can think of nothing else than what she’s been tasked with doing. This is a film that will stay with you for sometime, and the more you discuss it, the deeper you’ll find yourself being pulled into it, its story and some of its ideas. I went to bed respecting it, and woke up the next morning liking it a hell of a lot more. In fact, in writing this review, I’ve come to love it even more than that… so expect a film that will grow with you over time, but, even upon first viewing, it is still a fantastic picture.