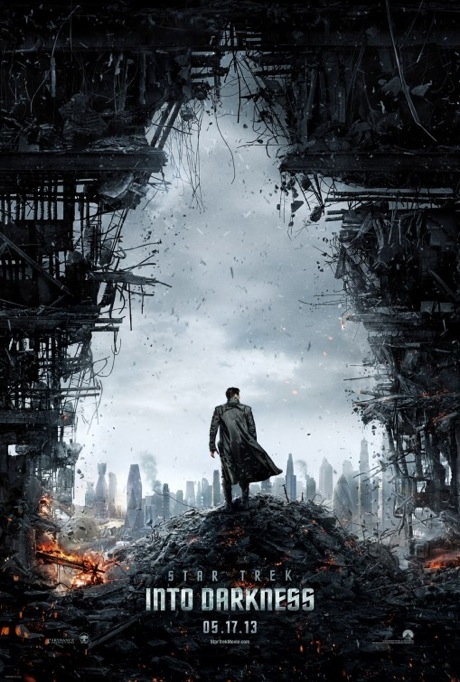 I have seen the first nine minutes of STAR TREK INTO DARKNESS (which will screen in select theaters beginning December 14th), and I can tell you this for certain: composer Michael Giacchino quotes Khan's theme.

You know the cue: James Horner's blast of french horns that signals the arrival of the hijacked USS Reliant. Here, it's incorporated into a scene that finds Kirk and Bones running for their lives from a pissed-off pack of natives on a planet about to be ravaged by a massive volcano. This occurs after we've been introduced to Benedict Cumberbatch, who turns up at a hospital in London to offer a husband and wife the opportunity to save their child (who appears to be terminally ill). Given the Stardate (2259) and Cumberbatch's deeply anglo appearance, there is no reason to believe he is Khan Noonien Singh. Even if you argue that this is a new timeline, and that Khan could've been roused from suspended animation earlier than 2267, you've still got to deal with the ethnicity issue. This can't be Khan.

So who the hell is Cumberbatch playing? Gary Mitchell? Sybok? The Gorn? I don't know, but it's a big deal. Noel Clarke's character asks Cumberbatch directly, and we get a slow, portentous push-in underscored by a menacing Giacchino cue. Not the Khan cue, however. That comes later.

Did you ever see the "Krusty Gets Kancelled" episode of THE SIMPSONS, where everyone goes nuts trying to solve the mystery of "Gabbo"? I feel like Homer studying the full-page ad exclaiming "Gabbo Is Coming!", determined to unearth the truth while not being presented with nearly enough information to figure it all out. It's silly, but this is what we do. And J.J. Abrams is clearly inviting it: the prologue concludes with Spock stuck in a precarious situation after having informed Kirk that "the needs of the many outweigh the needs of the few". Seriously. But this is the opening nine minutes. Abrams isn't going to kill Spock this early in the first act of his second STAR TREK movie, right?

So what conclusions can we draw from the STAR TREK INTO DARKNESS prologue? Well, the gang's all back, the Enterprise is lurking underwater on the aforementioned planet (they can't surface for fear of violating the Prime Directive), and the sense of fun Abrams established with the first film is very much in evidence. Obsessive speculation aside, these opening nine minutes are a tremendously effective tease for what will hopefully be one of 2013's most entertaining movies.

But don't take my word for it. Check it out for yourselves starting December 14th. The list of theaters is here. I'd say more, but I've been warned not to do a beat-by-beat synopsis (and I already feel like I've given too much away). But I'll be back tomorrow with a report from Abrams's Bad Robot offices, where reporters will be shown a whole bunch of cool stuff from the film. Until then... 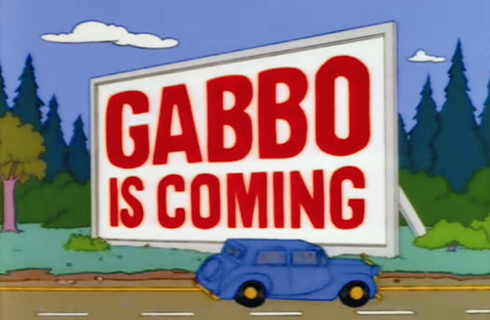