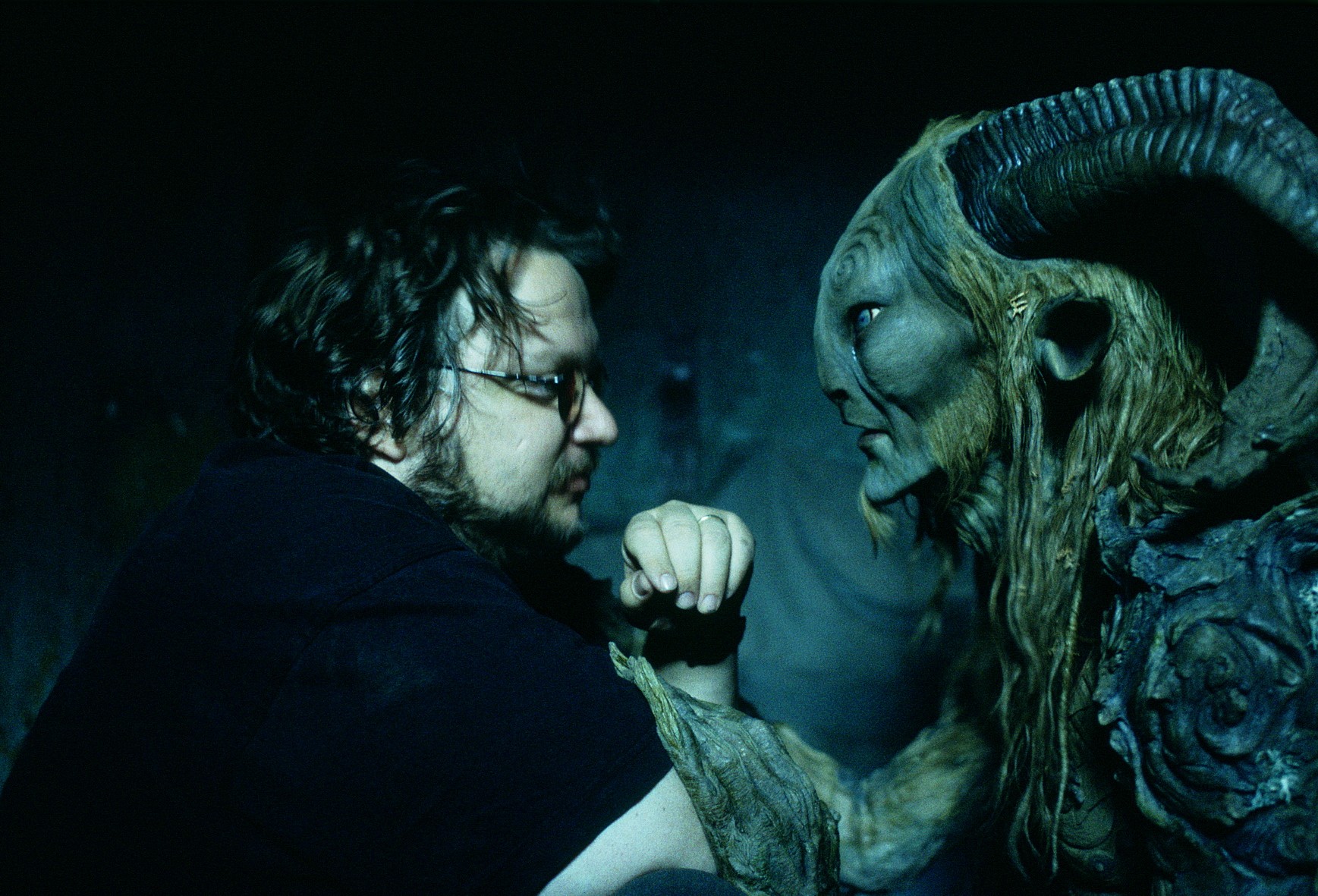 Can we just go ahead and say now that Guillermo Del Toro will make the definitive haunted house movie?  He's already going to make the definitive giant-monsters-vs.-robots movie with PACIFIC RIM, and now Deadline is reporting that Del Toro's next project will be CRIMSON PEAK, a haunted house movie that he calls "a very set-oriented, classical but at the same time modern take on the ghost story. It will allow me to play with the conventions of the genre I know and love, and at the same time subvert the old rules."

Del Toro subverting the rules of haunted house movies?  I really have no idea what he would have in store, but I'd bet it would be terrifying.  I imagine for Legendary Studios to bankroll this that it will likely be along the lines of a PG-13, though Del Toro is throwing around names like THE HAUNTING, Kubrick's THE SHINING, and THE INNOCENTS as inspiration.  Apparently his experience with Thomas Tull and the people at Legendary was so good that they happily signed on to Del Toro's spooky project, which he is rewriting at the moment with Lucinda Coxon from an older script he co-wrote with Matthew Robbins (DRAGONSLAYER).

I'm just happy that Del Toro seems to be lining up projects now - he was under a dry spell for a while, even though he never stopped planning for whatever movie he would make next.  And don't fret, AT THE MOUNTAINS OF MADNESS fans - he's still hoping to get to that project, with Legendary Studios' assistance.

A Guillermo Del Toro haunted house movie.  That's something to cheer for.

If this is based on a previous Haunted House script by Del Toro and Matthew Robbins...  then folks, hold on to your bowels.   I read that script over a decade ago and it was called HELL HOUSE.  It was tremendous.   It was a script that was never bought out right.  Obviously the script would have to lose all of the "Hell House trappings" as that would necessitate making the movie with FOX.   Instead, they're taking their characters and trappings which were scary.   NORDLING seems to see this as a PG13...   and having read that early script - it is possible, but the intensity of the scares might push it to R territory.   Guillermo finally making his Haunted House SCARE flick is going to be a very good thing.   I just want him to build the House in AUSTIN!

UPDATED:  This is completely different material Guillermo tells me from the HELL HOUSE script.   CRIMSON PEAK seems to be something entirely new.   That's even better in my book.  If there's one thing you can trust Guillermo with, it's a spooky tale.   Can't wait to see how he breaks the conventions of the genre!