Dane Dehaan will be Harry Osborn in the next SPIDER-MAN!

Hey folks, Harry here...  Contrary to some, I really quite liked THE AMAZING SPIDER-MAN.  My least favorite stuff in that film had to do with OsCorp and Peter's parents.  I just felt that the time they spent on that would have been better spent further developing Captain Stacy & Peter & Gwen's relationships...  or more LIZARD stuff - and the deleted scenes on the Blu Ray really show some stuff that I would have liked in the film.   BUT that was film 1.   FILM 2 - we're apparently going to be getting ELECTRO by way of Jamie Foxx, which is interesting.   I really only care about how spiffy Foxx is going to look in the lightning bolt mask and the green & yellow!  I'm only barely kidding.   Electro's costume is pretty damn ridiculous - but I sort of love it precisely because it is ridiculous.  I mean, if you said to ELECTRO, "You're costume looks lame" you would be fried.  In fact, he might've made the costume so outlandish to provoke exactly that.

But I'm not talking about ELECTRO or Jamie Foxx.   Nope, a far more integral casting for the Parker universe has occurred.   DANE DEHAAN, the boy that lost it big time in CHRONICLE, well that actor has signed on to play Harry Osborn.

Given we are in the midst of telling the Gwen Stacy / Peter Parker story from the comics, bringing in a really solid actor like DeHaan to play Harry...  well it makes me think they might actually stick a toe or two into the Gil Kane Drug Story stuff with Harry.  THAT WOULD BE OUTSTANDING!  I always loved the social conscious stories that the webslinger had - and those Gil Kane Harry Osborn hooked on smack stories - that took place in the heart of the Gwen Stacy tale....  all while Harry's Dad was freaking the fuck out...  becoming the GREEN GOBLIN, while Harry dealt with his inadequacies through his secret addiction...  There's great material there.   I wonder if that is going to be the 'human story' that Peter and Gwen are dealing with in this next film.   Alot of folks dislike the Harry Osborn character - but for me, he's another of the failures in Peter Parker's life.

Parker isn't supposed to be surrounded with sweet awesome people.  Parker is for all intents and purposes the JOB of the Marvel Universe.   His is a story of woe.   He's given hope like a YOYO, constantly being pulled away from him, before giving him a bit of hope again.

I love this casting, I just hope they give Dan DeHaan the Harry Osborn do. 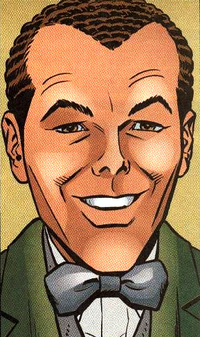