Trenchcoats Are Still Relevant Fashion In The 23rd Century In This New STAR TREK INTO DARKNESS Poster!

First, that's obviously Benedict Cumberbatch on the new poster for STAR TREK INTO DARKNESS.  Whether or not he's Khan, or Gary Mitchell, or someone else - well, a mere poster can't answer these questions (for the record, until I'm told otherwise, I think he's Mitchell, comic continuity be damned).  There's also not much of outer space or "boldly going where no one has gone before" here.  Instead, we get devastation in the shape of the Federation insignia, as Cumberbatch surveys the destuction, back facing us a la the original DARK KNIGHT poster.

I can't imagine we'll be out of the loop much longer on Cumberbatch's character - the first 9 minutes of STAR TREK INTO DARKNESS will be playing in less than two weeks, and unless those first moments don't reveal anything about his character (which is entirely possible, knowing J. J. Abrams) we'll all know that Cumberbatch will be playing Mitchell Khan Mudd, Squire of Gothos. Here's the poster (click to embiggen): 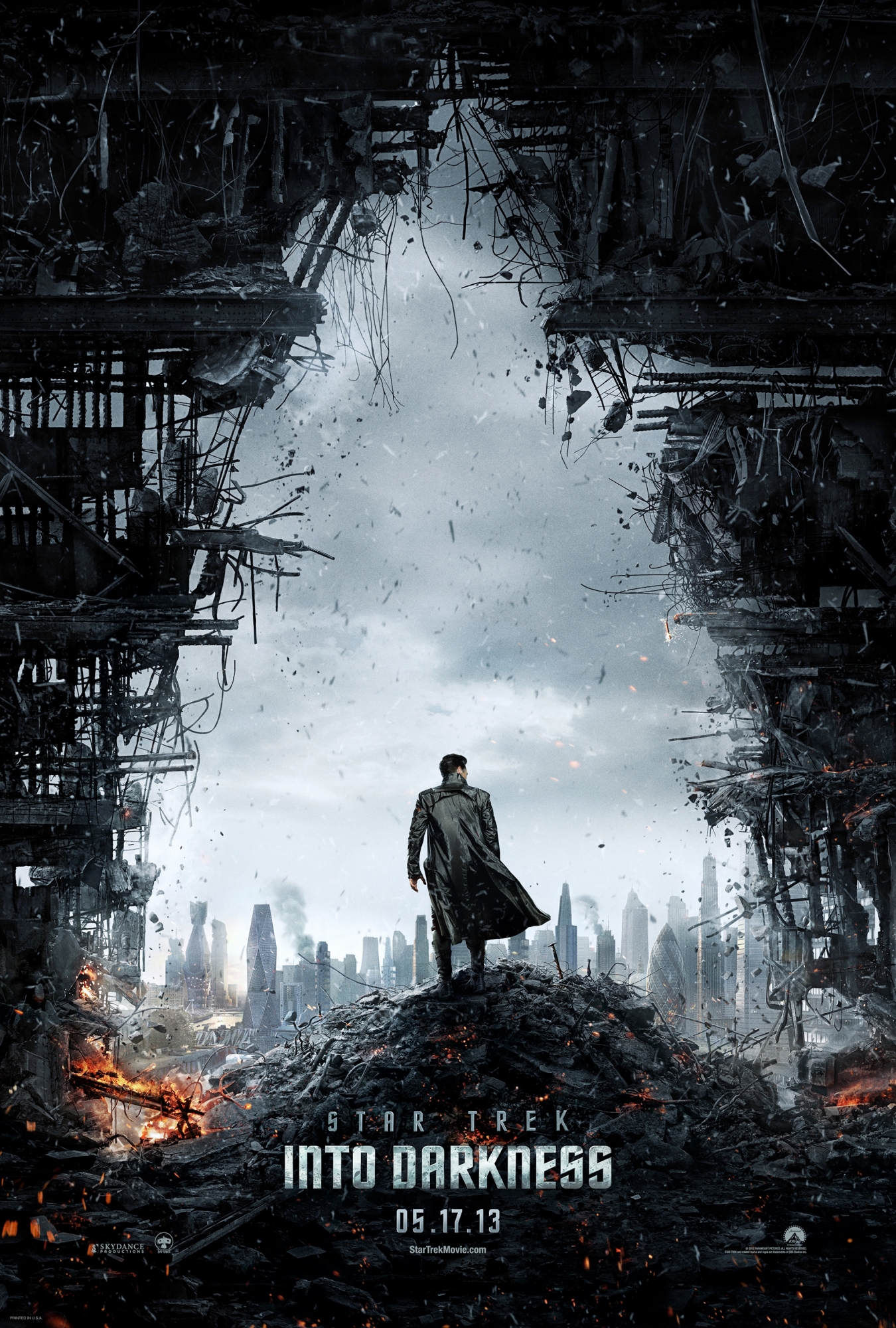 STAR TREK INTO DARKNESS opens next May.