John Ary With An AICN Exclusive: A Trailer For Lou Ferrigno's LIBERATOR Pilot!!

We showed you some of Lou Ferrigno's Q&A from this year's Austin Comic Con a couple weeks ago.  He kicked off the discussion by showing the crowd the pilot episode of his new sci-fi series.  Liberator tells the story of superhuman soldier who sacrifices everything for his country. When he attempts to make a comeback, the government uses deadly force to keep him silent.


Currently the short is making the rounds with stops planned in December at the Hollywood Reel Independent Film Festival and the Dark Mountain Film Festival in Medellin, Colombia.  The team also took home the Award of Excellence from Indie Fest. The special effects look on par with a SyFy movie of the week, but the tone and the action carry a nice comic book vibe throughout its 20 minute run.  Michael Dorn, Peta Wilson, Don "The Dragon" Wilson and Ed Asner also show up to give it a nice bit of nostalgic flair.  I enjoyed it and would very much like to see more.
Currently, the production team is shopping the pilot around, with the intention of distributing the series via TV or the web. If you want to know more about the project, check out the show's Facebook page and website.
For more video news, reviews and interviews subscribe to the AICN Youtube channel and follow me on Twitter. 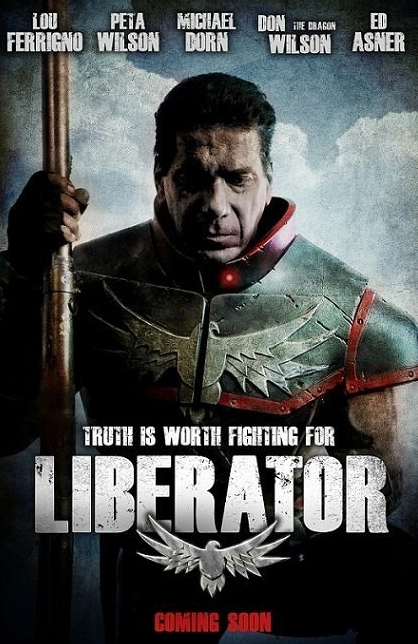