What does the Behind the Scenes Pic of the Day look like, man? A soda fountain?

Ralph Bakshi’s work hits a really particular chord for me. I think a lot of cinephiles had my experience with his stuff, especially those of my generation. I saw the vast majority of his stuff as a teenager, when the social commentary and risqué comedy was particularly positioned to have its greatest impact on me.

Coonskin, Fire and Ice and Fritz the Cat are my personal favorites, but the moment I see even one frame of his extremely recognizable rotoscoping style of animation I get instantly nostalgic. There’s something magical about it, much like stop-motion. It’s crude by today’s standards, but goddamn does it have a huge amount of personality.

Today we’re looking at the making of Bakshi’s American Pop with Ron Thompson as Pete filming the live action that would be the basis for the rotoscope animation.

Thanks to James for the pic. Click to enlargen! 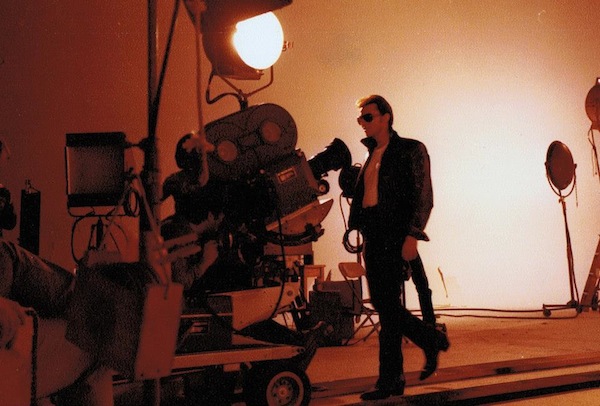