Though it was the talk of the festival circuit last year, my favorite movie reviewed this year on AICN HORROR is by far Lucky McKee’s adaptation of Jack Kethum’s THE WOMAN, a harrowing, quirky, and altogether unique horror film that is fathomous subtexually and still retains its entertainment value throughout. With standout performances by PollyAnna McIntosh and Sean Bridges and McKee go-to Angela Bettis, this film was supremely acted as well. I flipped when I reviewed this back in November and for me, nothing even came close to the horrors that THE WOMAN thows at its audience. I’d love to hear your picks for the best of the best in the last year, but mine’s THE WOMAN! 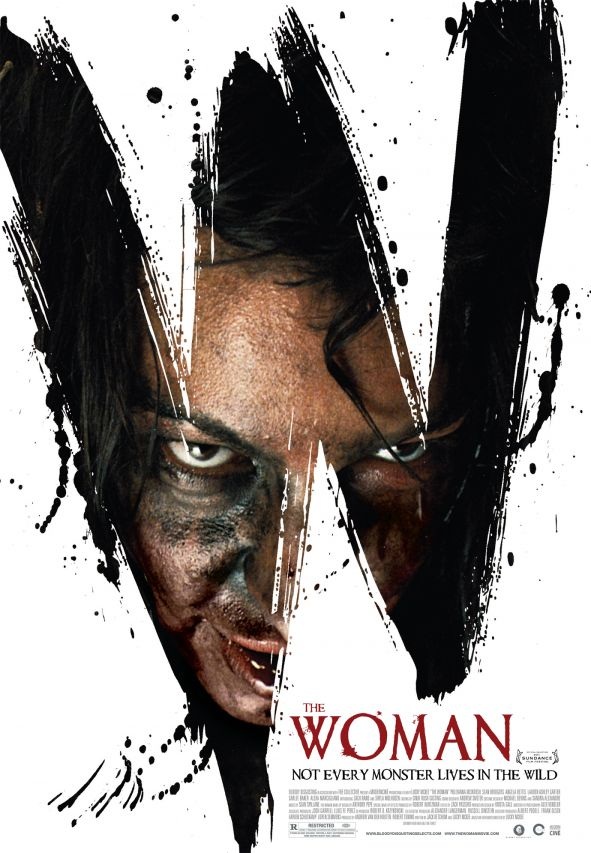 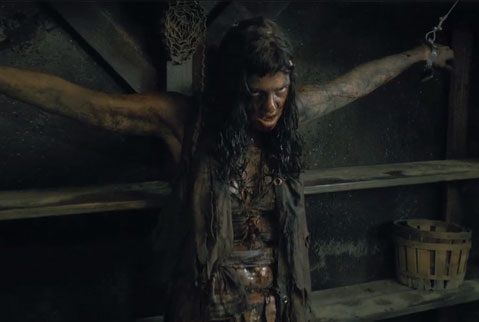 Having seen Lucky McKee’s THE WOMAN twice now, I feel like I’ve wrapped my head around it all. It is a fantastic film and had I seen it before the deadline of my Best of the Last Year of AICN HORROR, it definitely would have been high on the list. As is, there would have to be some pretty amazing horror films to knock it off next year’s list. This is a story that will disgust. It will cause debate. It will shock you. Having seen it with someone who isn’t really a horror fan, I have to say it does make for an interesting discussion afterwards, especially if that person is a female. In many ways, Lucky McKee continues to explore womanhood, a concept he touches upon in the film that made his name, MAY. But in this film, the director shows he is bolder, more experienced, and more skilled in the presentation. If I were to comparer this film to anything, I’d shy away from the torture porn some might think it to be and compare it more to films like DONNIE DARKO, HEATHERS and AMERICAN BEAUTY: films that that, at their heart, are twisted comedies about the complexity of the concept of family while offering a warped view of what the American ideal of family is all about. It is also a film which most definitely takes a stance on women’s roles, using the various female characters in the cast to represent the complex roles a woman plays. From abused housewife to angsty teen to bright eyed window into the future, even before exploring the role of the title character the story of THE WOMAN is rich with metaphor and ripe for a varied interpretation. 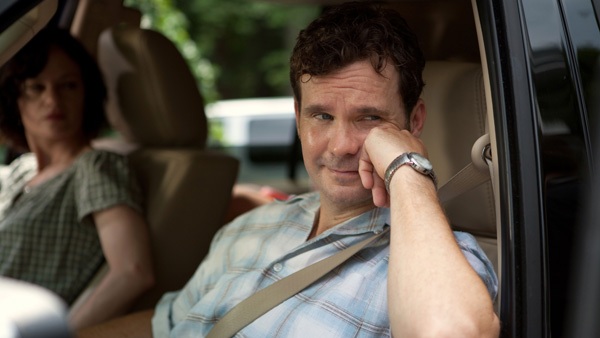 There will be those who pan this film as misogynistic and I understand why folks may misinterpret that. The Woman, played by the mesmerizing Pollyanna McIntosh, spends the bulk of her screentime chained to a wall in the cellar of a farmhouse. Female characters are abused, sexually molested, degraded, and viewed as objects rather than humans. If that’s not misogynistic, I don’t know what is. But in the hands of director Lucky McKee, he uses these uncomfortable scenes for a reason. His Woman is the harbinger of wrath for all of the abusers, the users, the takers, and those who sit idly by and watch it all happen. Though some could argue that the bulk of the film depicts an uncomfortable degree of abuse towards women, the dramatic and bloody finale rings as the point McKee is trying to bring across. If anything, this is a cautionary tale to respect the power of women. 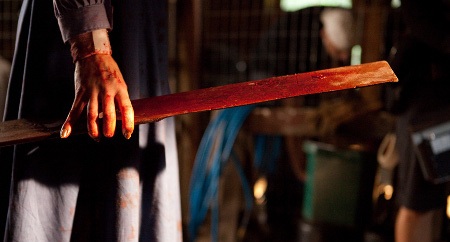 On top of all of those heavy themes, McKee has made a fantastically entertaining film. His use of music in this is genius, twistedly juxtaposing Sean Spillane’s often poppy and folksy soundtrack with the dark secrets going on in the entire cast’s heads. The songs are quite catchy too, especially Spillane’s Cobain-esque “Distracted” which plays just before all of the shit goes down in the film. Immediately after finishing the film I downloaded the soundtrack into my iPhone.

This is not a comfortable film to watch. It’s gory. It’s demented. It’s perverse. It shows a part of America that folks are not willing to admit exists and are definitely not proud of. I’ve always said that films that cause unease may not be the favorites of most folks, but they are the most effective horror films. McKee has achieved both. Using Jack Ketchum’s fantastic screenplay and book as the backbone, THE WOMAN is a brain twisting, moral churning, hypnotizing film experience.
,br>

Thanks so much for joining me for this countdown of my favorite horror’s I’ve covered this year on AICN HORROR. Again, if THE WOMAN was not to your liking, I invite you to list your Top 31 or Top 10 or even Top 2. Look for more horror interviews and reviews focusing on all forms of spooky cinema mainstream, indie, past, present, and future every Friday and throughout the week.

See ya tomorrow, folks, with a special post-Halloween review!