John Ary here with another installment of Ain’t It Scary Reviews.  Today, consumers can’t eat enough of a strange white substance that spews from the earth.

Don’t eat goo that comes from the ground.  That’s just one lesson I learned while watching The Stuff.  This movie will not only conjure up nostalgia for 80’s pop culture with its hot pink corporate logos, Madonna-inspired theme songs, and Return of the Jedi sheets, but it also pays homage to classic sci-fi b-movies of the 1950’s like The Blob and Invasion of the Body Snatchers. 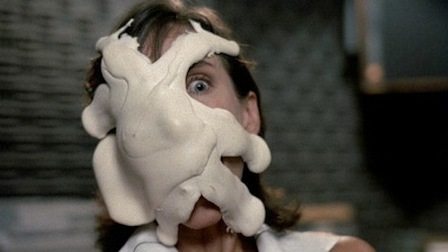 When a delicious white substance starts bubbling up from the ground, a corporation quickly packages and sells it to the public.  People can’t get enough of the stuff.  It’s everywhere.  Michael Moriarty charismatically plays a sleazy private investigator, assigned by the ice cream industry to find out what’s in this white goo.  His investigation leads him to the grizzly discovery that people don’t consume the stuff... the stuff consumes people. 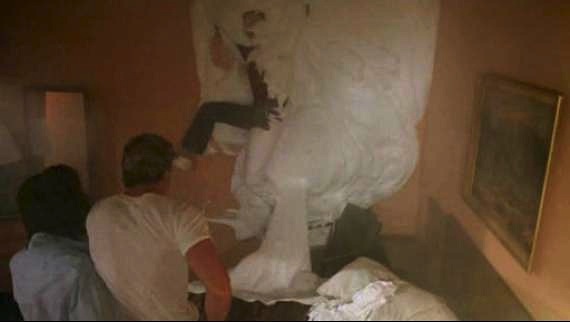 Everything about The Stuff is goofy, from Garrett Morris playing a martial artist/fallen cookie barren named Chocolate Chip Charlie, to the old-school special effects, to the advertising campaign for this addictive creamy substance.  You could describe the film as schlocky or dumb, but there’s no denying how much fun it is to watch.  Writer and director Larry Cohen uses b-grade horror to discuss issues like drug addiction, consumerism, and corporate greed.  These themes seem about as subtle as Michael Moriarty’s terrible southern accent.  Also like Moriarty’s performance, with a wink and a nudge throughout, The Stuff overflows with charm.  All of the actors, and there are some really good ones that show up like Danny Aiello, Paul Sorvino, Abe Vigoda and Eric Bogosion, do their best to give strong performances while sharing scenes with evil dogs, rampaging children and yogurt. 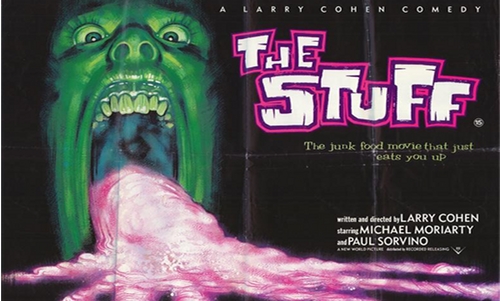 I’m surprised there isn’t a bigger contingent of The Stuff fanatics out there.  It’s a faithful homage to the b-movies of the 50’s with something to say about the culture of the time.  Sure it’s hokey, but it has a lot of heart.  Be careful though, because once you start watching, you may find it difficult to stop.

The Stuff is streaming on Netflix. It’s also available on DVD here.

Check back in tomorrow for another Ain’t It Scary Review as we follow a scientific expedition that is stalked in the water by a prehistoric humanoid.

Here’s a look back at the Ain’t It Scary Review installments that you might have missed: 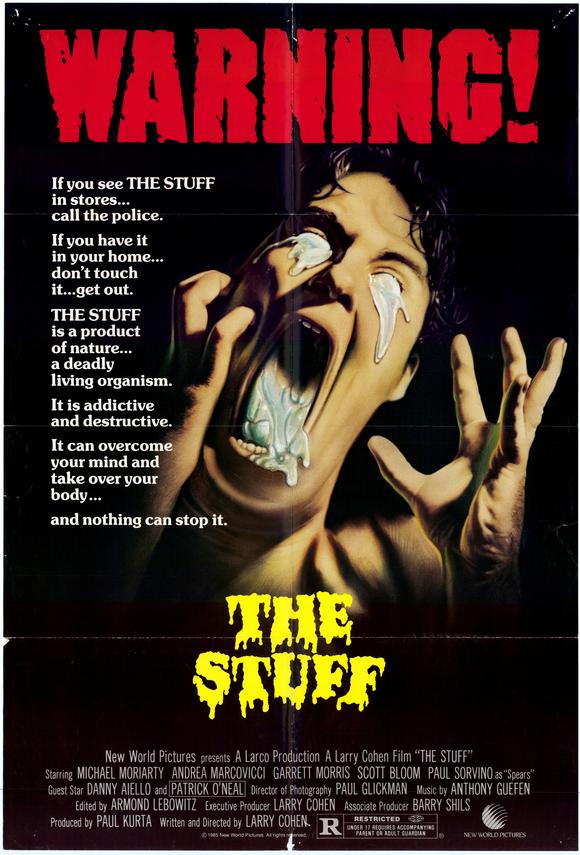