When I first saw RABIES, I was blown away and I’m pretty sure you will too. It’s one of those Tarantino-esque multi-plotted stories that criss cross and intersect at the weirdest of times. The film was released on DVD back in March. Here’s my review of the RABIES. 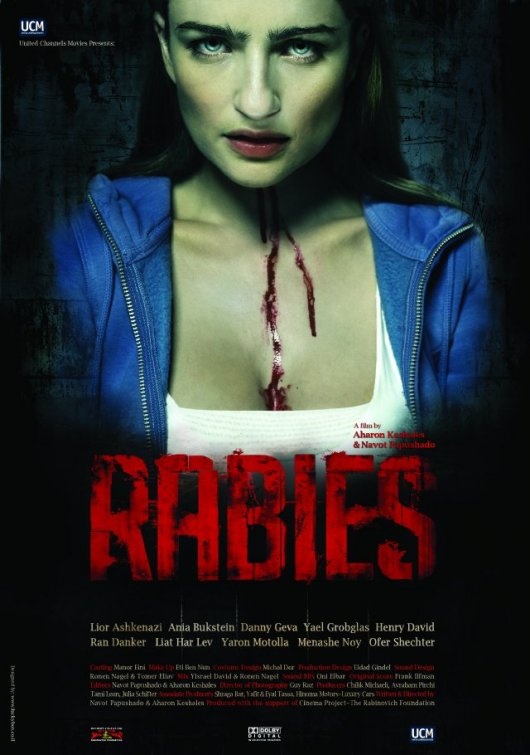 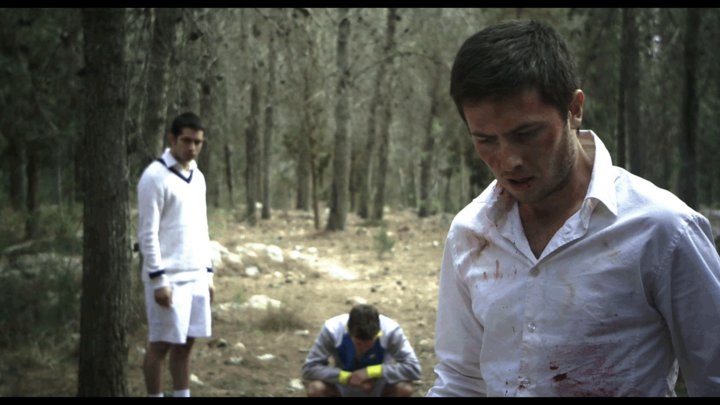 This Israeli story starts out in the middle of the action as a young girl is trapped in a metal pit pleading with someone to help her get out. We soon find that they are brother and sister. The story unfolds naturally as characters bump into one another while wandering in the endless woods. Some are there to kill. Some are there to help. Some are not sure why they are there. Though with a title like RABIES, thoughts of a zombie film come to mind, and I was bracing myself for that type of flick, early on you realize this is a story of how rabid and mindless people can be in the face of danger and while the players bounce into one another like a Scooby Doo chase scene with dire consequences, in RABIES everything unfolds making some kind of sense, despite the actions of the cast. 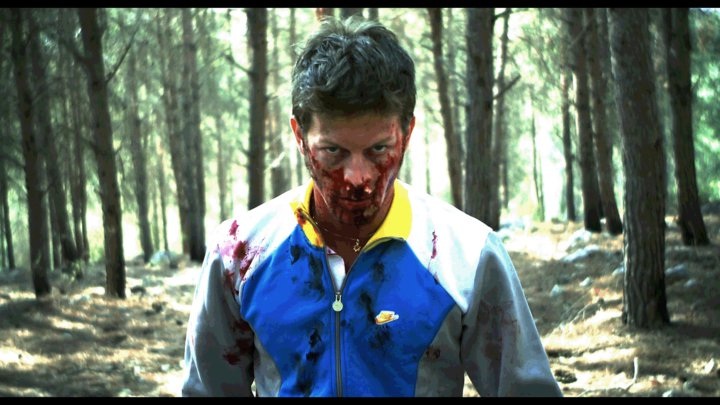 The plot twists are abundant. The script is punchy and never forgets to be fun, until things get deadly, and even then it’s kind of got an undeniable gallows humor going on. The violence is both over the top, but grounded in reality, shunning the typical slasher motifs for more visceral sequences of terror (there’s a scene with a broken jaw that is absolutely grueling to watch). RABIES is an absolutely fantastic film showing that once again, some of the best horror comes from outside of American borders. It’s a film that not only horror lovers can enjoy, but lovers of well made cinema can like as well. Though the content is pretty diabolical for your typical movie-goer, one can’t help but marvel at the way this film was constructed and the talent behind the actors who played it all out. Don’t miss RABIES.

Though it has absolutely nothing to do with the above film, David Cronenberg’s RABID is a damn fine film in itself and though it is low budget, it is a sheer indication of the talent and potential the director had in his early years. Plus it’s got Marilyn Chambers. See Cronenberg’s version of zombies with RABID, today’s alternative pick.

See ya tomorrow, folks, with number 7 of the best of the best covered in AICN HORROR since last year!