Currently touring festivals, MASKS is a film that drips with Giallo goodness. I wish I could say I know when and where you can see the film but so far I haven’t heard a word. All I do know is that MASKS is an amazing film that harkens back to some of Argento’s best work. I reviewed MASKS back in May. It’s been circulating the world on a festival tour, most recently playing at the Oslo Frightfest in Norway and in Cape Town in the South Africa Horrorfest. I promise to keep you posted as to when you can check out the fantastic little film. 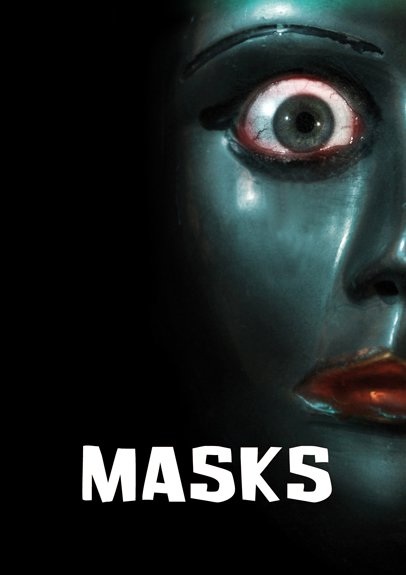 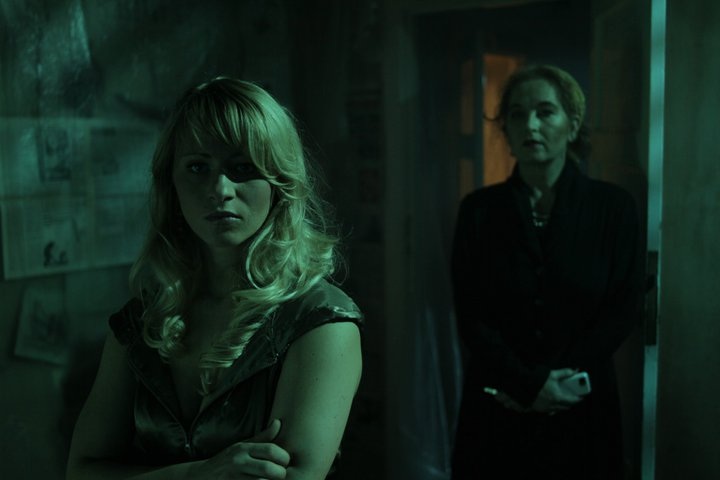 Fame oftentimes turns people ugly. Maybe that’s why horror stories about fame are so effective. Harkening back to such films as last year’s BLACK SWAN, Lucky McKee’s THE WOODS, Argento’s classic SUSPIRIA, and even the 80’s schlocker CURTAINS and even PHANTOM OF THE OPERA, MASKS follows an actress who will do anything to become a star and the horrors that can come from those lofty aspirations.

MASKS begins with a gruesome scene. Focusing on what looks to be a cult ending in a memorable fingernail breaking scene, the scene shifts to a fantastic animated opening sequence filled with Argento-ian harpsichord music and twisted red imagery. Though this film is German, it owes a lot to Argento in both style and plot as it is revealed that the cult at the beginning are actually a group of method actors following the tutoring of an eccentric and controversial acting teacher. 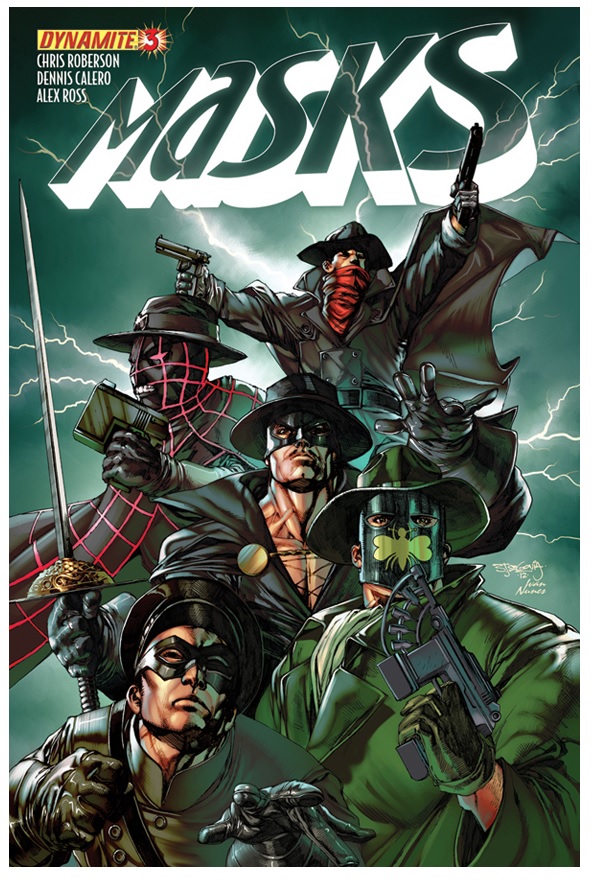 When the film begins to focus on its central character, Stella (Susen Ermich, who looks a lot like Elizabeth Banks), many will be reminded of one of Argento’s most famous works, SUSPIRIA, in that in order to improve her acting skills Stella decides to enroll in an elite acting school. The shadowy hallways and corridors of the school serve as the perfect canvas to cast a mysterious and ominous mood and director/writer Andreas Marschall takes full advantage of creeping his camera in and around every nook and corner.

But even though SUSPIRIA is the most like MASKS in plot, the film is structured much more like Argento’s earlier giallo work such as DEEP RED, OPERA, and FOUR FLIES ON GRAY VELVET in terms of elaborately executed kills and heavy attention to mystery and psychology. Argento isn’t the only giallo master Marschall pays homage to. While the kills are elaborate, they also embody some of the best kills from Bava’s BAY OF BLOOD, as the camera follows the weapon instead of the killer. There are some absolutely toe curling scenes in this film, as if it were resting on the handle of the saber that is the killer in this film’s chosen weapon. Instead of switching kill tools like most slasher films, the killer in MASKS sticks with the saber every time, yet Marschall makes every kill inventive, fresh, and extremely scary. The thin line the saber cuts across the screen as it pierces through its victims made me jump more than once while watching this film. This has everything to do with Marschall’s excellent pacing and tendency to attack when expected, but the dire damage the saber does during the kills is more thrilling than every Hollywood kill sequence released this year and last combined. 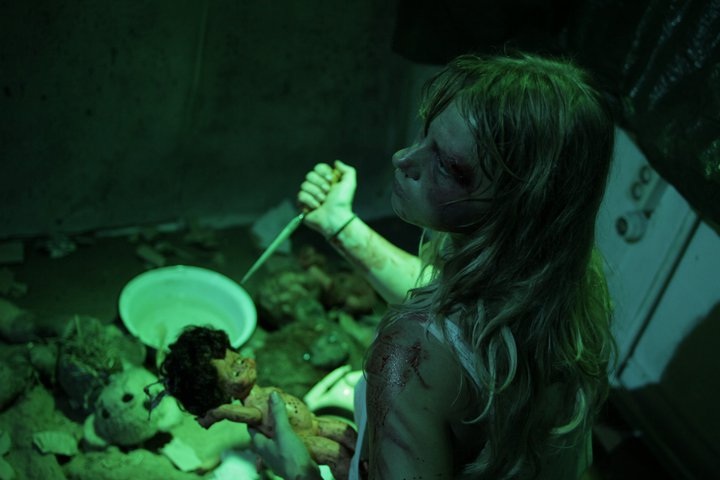 Whispers of a secret method of acting that is not to be talked about resonate in the halls of the school, and Stella wants to find out all about it, but these aspirations end up biting her in the end. Channeling the darkest of emotions, this method proves to be absolutely chilling upon being revealed. Susen Ermich is perfect for this role as she embodies the defeated actress persona, yet is able to exude spunk and attitude making her stand out in class and ultimately puts her in line to follow the secret method. Julia Witt also shines in her role as Cecile, an older actress who is currently studying the secret method and warns Stella about it to no avail. Both actresses go through hell in this film, being beaten, drugged, hung upside down, slices with razors, and psychologically tortured.

Though, I felt I could predict how this one ended, the sheer energy MASKS exuded in every scene while echoing some of the best elements from some of the best giallo masters makes MASKS another film that will surely show up in my list for best horrors of the year. Currently touring the festival circuit, if you love the works of the Italian masters of horror, you should make it your duty to seek out MASKS.

All of this talk about Argento has me itching to watch one of his best. It doesn’t get much better than SUSPIRIA. You can see all sorts of influences in modern horror film and still, no one has made a film like it. From the music, to the colors, to the elaborate murder set pieces, SUSPIRIA is the best.

See ya tomorrow, folks, with number 8 of the best of the best covered in AICN HORROR since last year!