I was not as impressed as most others by JUAN OF THE DEAD when I reviewed it back in August, but I have to admit it was a damn good movie and one of the year’s best. Here’s my mixed, but ultimately positive review of the film. 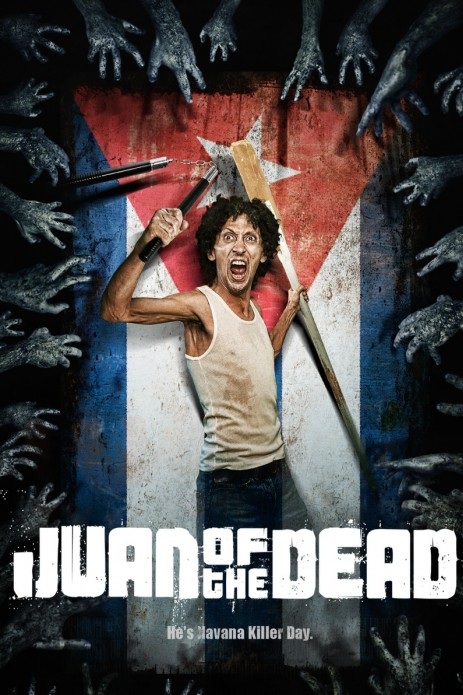 Lauded much by critics across the cosmos as the coolest of cool, JUAN OF THE DEAD is finally available for the masses this week on DVD & BluRay. This happens to me a lot and I don’t mean to be divisive or contrary. I’m not one of those people who dislikes the thing that is popular, but I am one of those people who is often mislead by hype. Had I stumbled upon JUAN OF THE DEAD without hearing how awesome it was, I’m sure I would have fallen head over heels for it. But hearing folks hype it up to universal levels of coolness is the surefire route to disappointment for me. 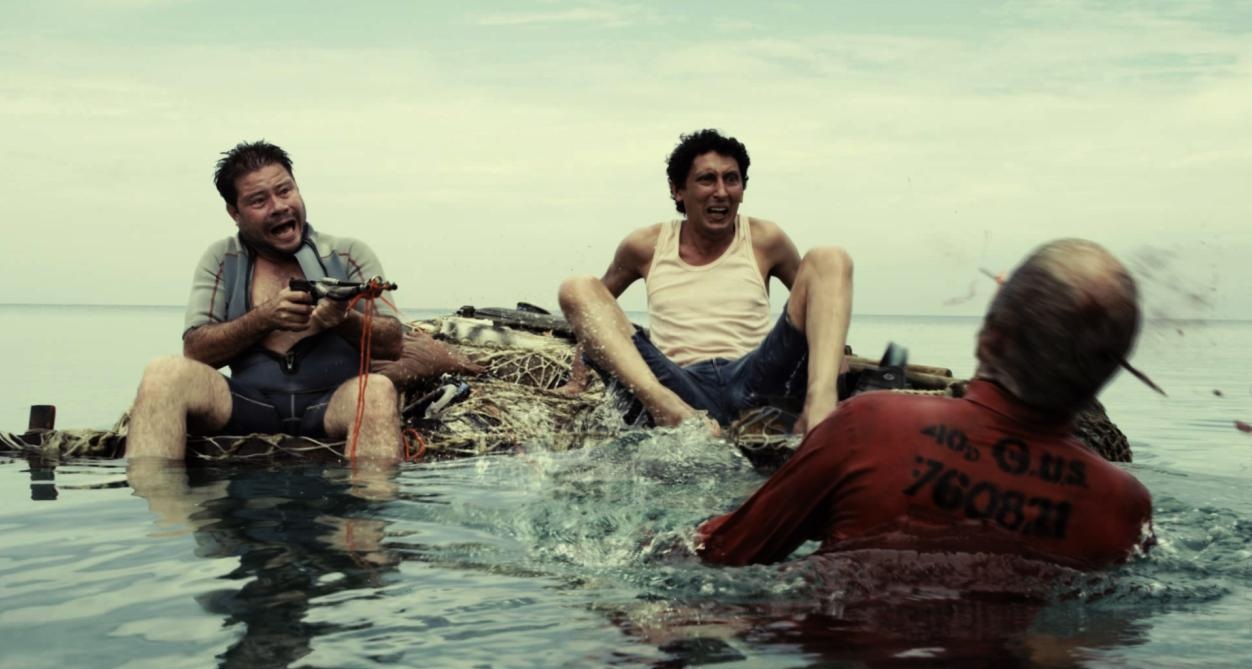 I think part of the reason why my experience watching JUAN OF THE DEAD was less than jaw dropping was the overall theme of homophobia throughout the entire movie. As much as the film is filled with amazingly comedic takes on age old zombie lore and cinematic tradition, there is an uncomfortable amount of off color humor about homosexuals. Ranging from Juan’s friend calling those he dislikes derogatory terms for homosexuals to Juan’s own distaste towards his openly gay partners in crime, this film is rife with homophobia from beginning to end. On the one hand, this is a Cuban film, made in Cuba, by Cubans, and while I want to respect that Cuba may not be as culturally accepting toward homosexuals, it doesn’t make me any more comfortable sitting through a film which occasionally treats gays almost as bad as the zombies that are raging through the streets. There’s nothing overtly violent towards homosexuals in this film, but the disdain put upon them by using the term in a derogatory fashion as well as the way the homosexual characters are looked at by the title character is enough to make any open minded individual uncomfortable. 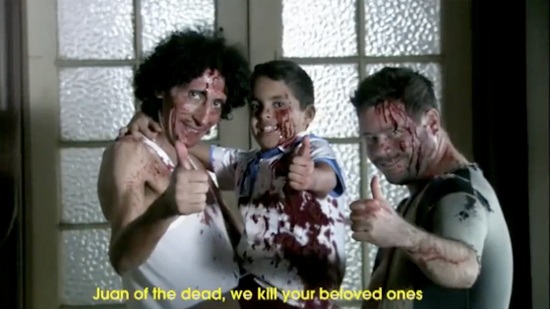 That said, I can recognize JUAN OF THE DEAD as a delightfully blackly comedic film, despite it’s cultural insensitivity. There are plenty of wonderful sight gags and goofy situations the opportunistic Juan and his ragtag band of misfits get themselves into. From trying to convince a senile old lady that her weirdly acting old husband is actually a zombie to making a final run for the border in a convertible through the zombie masses, there are stunning visuals that definitely deserve to be applauded. There’s a sequence that occurs underwater which makes reference to ZOMBIE 2 and the title of this very column involving a bunch of zombies and a shark. Juan starts a service dispatching the newly departed making the best of a bad situation and collecting a little pocket change to boot. In fact, unlike most zombie films, this is one of the most feel-good zombie films I’ve ever seen.

The cast is pretty good here as well with Alexis Díaz de Villegas (Juan) offering up charisma galore, despite the fact that it is highly unbelievable the lanky John Turturro-esque looking actor could be the gigolo the script casts him to be. That said, he does have a commanding presence and by the end of the film, I was rooting for him along with the crowd to make it through the zombie apocalypse. 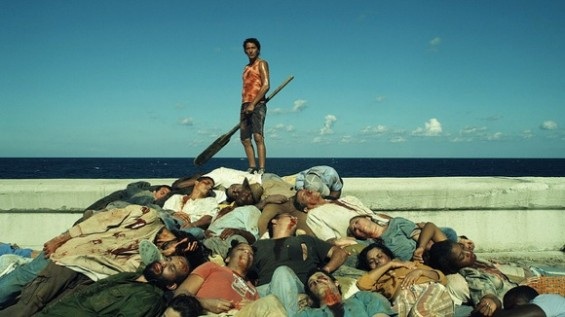 As with SHAUN OF THE DEAD, which was rooted in the British culture it takes place in, so does JUAN OF THE DEAD serve as a travelogue of sorts for the sights, sounds, and the rich culture celebrating great pride in calling itself Cuban. Like SHAUN as well, JUAN takes a very serious turn towards the end and ends on a cool, but somber note that I won’t ruin here. But because the comedy has been occurring around the characters and not making fun of them, this turn of tone doesn’t feel alarming or out of place. It serves as a meaningful note to finish this story we have grown to care about and does so in a heartfelt manner.

I look forward to seeing what writer/director Alejandro Brugués has in store next. He certainly has an eye for an epic scope and I definitely can see the director becoming highly lauded by geek and normal movie goer alike. While some of the depictions of Cuban culture pushed my American cultural sensitivity to the limit while watching JUAN OF THE DEAD, I can understand why the geeks are going ga-ga over this one. At times, I found myself in awe of the coolness of it too with strong characters, fun performances, and fantastic scenes of action and gore. I can’t do a back flip over this one, but it definitely is one of the best zombie films to come along since SHAUN OF THE DEAD.

Want more zombies, but want something a bit more obscure? How about THE LIVING DEAD AT THE MANCHESTER MORGUE? If you’ve seen all of the Romero and Fulchi zombie films, you might want to go a bit deeper and unearth this little gem by Jorge Grau. This time, the dead are awoken by a new experimental pesticide and terrorize a small town. I reviewed the film here and it’s definitely one of those little surprising films that creep up on you.

See ya tomorrow, folks, with number 11 of the best of the best covered in AICN HORROR since last year!