This David Fincher-produced Halo ad gets Quint up on his soapbox...

Ahoy, squirts! Quint here. I’ve always been fascinated by almost-was flicks. Of the recent coulda-been films, the one I’m saddest about not happening was Gore Verbinski’s Bioshock because I think that film had the potential to completely change the types of films Hollywood puts out.

Verbinski wanted fully realized practical sets, wanted to keep the off-putting steampunk/horror tone and do it all with a massive budget. It very well could have been the film that changed people’s negative preconceptions of video game adaptations.

It’s been a while, so maybe it’s hard to remember that comic book movies were once viewed in the same snobby light that video game movies are now. It took a filmmaker bringing a comic book to life in a serious way (Stephen Norrington on Blade) to get the studios to grow a backbone and test the waters with a wider-appealing title. Bryan Singer’s X-Men followed, then Sam Raimi’s Spider-Man and now we’re in a world where Christopher Nolan has made three Batman films, we get at least one Marvel film a year and we’re looking at a future that has Justice League and an Avengers sequel sharing a summer.

Bioshock could have been Blade, a harder genre picture that gets people to realize video game adaptations aren’t all Doom and Resident Evil sequels, and I believe Halo would have then been X-Men.

The idea that all video game adaptations are Paul WS Anderson or Uwe Boll level movies pisses me off. The films those guys put out are shitty because they’re shitty filmmakers, not because of the platform the characters and ideas were introduced on.

Adapting video games is no different than adapting books. There are some novels that work better in the written form and some that call out for a big screen telling just as there are video games that work only as video games and some that could be amazing if adapted to film or television. I’m not calling for a Pong movie, but Bioshock, Halo, Uncharted, God of War, Fallout and a dozen other titles would be instant franchises if they were to be adapted correctly.

Halo, above all, would make a helluva big screen outing. You might remember Peter Jackson and Neill Blomkamp first teamed up to produce and direct a Halo film and that movie, had it happened, would have been a game changer as well. At least we got District 9 out of that partnership.

Some day someone will make Halo and if they do it right, it will change everything. If the studio gets a filmmaker who can translate the iconic imagery of the game, from the suits to the locations, weapons, ships and aliens, while pairing it with some real-deal character work then we’ll see Hollywood go into another gold rush-style frenzy.

What prompted this soapbox preaching was a little promo piece that Microsoft just put out, advertising their upcoming Halo 4 release. Directed by Tim Miller and produced by none other than David Fincher, this little bit of advertising hints at the feature film potential of this franchise, acting as a preview of what I believe the big tentpole Hollywood films will be in the next 10 years.

Check out the piece below:

It’s an ad, so you don’t get a sense of deep backstory, but what that footage does show is how great the universe of Halo can look when translated into another art form.

Storytelling is storytelling. Games have been steadily veering away from monotonous repetition and more into myth building. In other words, they’re immersive (storytelling) experiences. Reading a comic isn’t like reading a novel, but that doesn’t mean comics can’t be art. Same with video games.

Anyway, that’s my two cents on the matter. I stand by my prediction that the next wave of giant summer films are going to be movie versions of these high profile games.

In the meantime, Halo 4 hits Xbox in a few short weeks. Prepare thy geekselves! 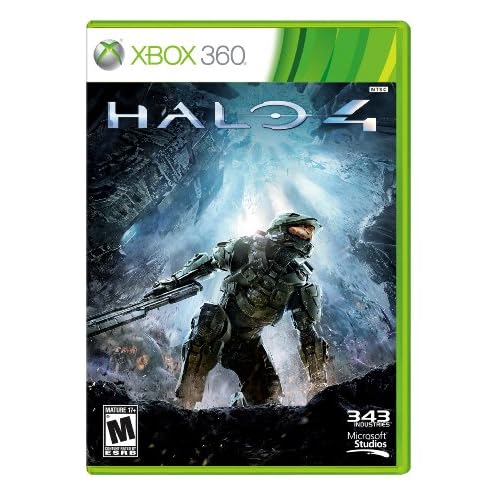