LITTLE DEATHS was one of my favorite anthologies I saw this year. With a fantastic line up of directors who aren’t afraid to go into dark and depraved territories, no other anothology has dared combined sex and death like this one does. Below is my review of the film from last December. 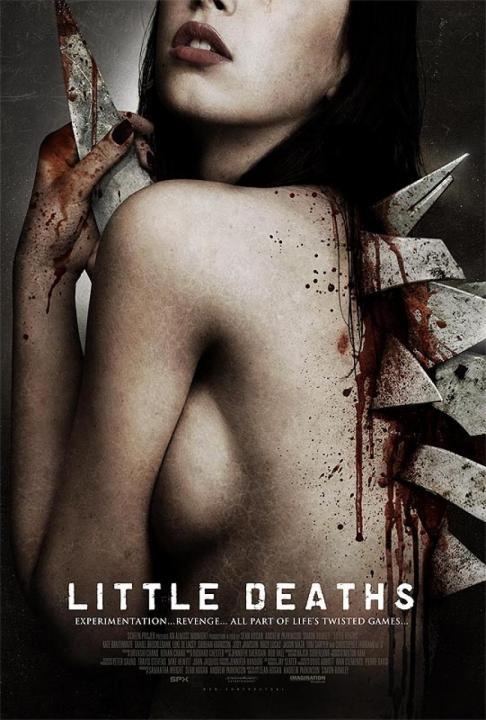 LITTLE DEATHS is an anthology pairing sex and death in interesting, imaginative, taboo, and deranged ways by some of the most inspiring horror-meisters in the biz today. Structured as three separate stories, the film zags when zigs are expected and will most likely offend you on one level or another. 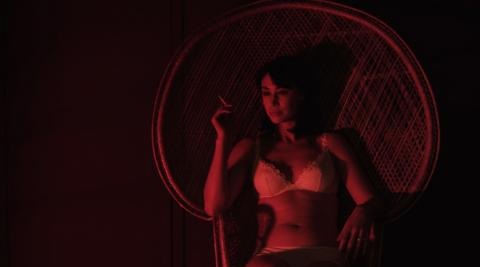 ”House & Home” is a fun but somewhat predictable entry, introducing the concept of sex and death which permeates the entire film in a nice way. I guess “nice” is somewhat misleading, though, since the events in this film are about as un-nice as you can get as a husband and wife mislead a homeless woman into their home then use her as a sex slave. The final moments are somewhat out of left field, making the film feel more like an entry from the old TALES FROM THE CRYPT HBO series than any of the other entries. With copious amounts of blood and a jet black sense of humor, “House & Home” is a good first course, preparing one for the dire tones to come. 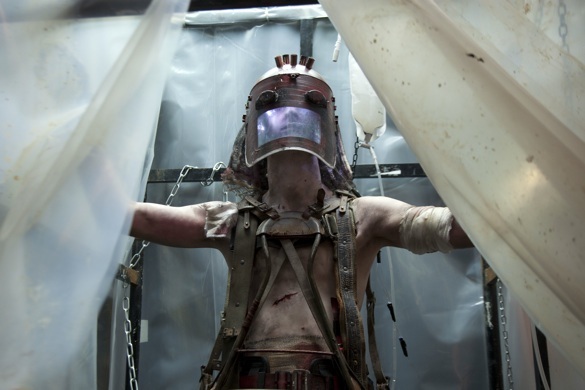 ”Mutant Tool” is about as perverse as they come involving drugs, Nazis, prostitution, and giant dongs. Director Andrew Parkinson does a fantastic job intercutting between a prostitute in therapy and a secret drug ring which gets its secret ingredient from the spunk of a chained mutant creature with a giant dangling dong. As the prostitute begins to feel some kind of psychic connection with the chained leftover of Nazi science, her world begins to unravel. The ending is both shocking and unexpected and the level of perversion at play will definitely raise the bile in one’s throat. This is some twisted shit, but Parkinson makes it all a fascinating trainwreck to witness.

The highlight of this trio of sexually sadistic shorts is “Bitch” by RED, WHITE & BLUE’s Simon Rumley ( check out the interview I did with the director here!). Though the relationship between the two lead actors, Tom Sawyer and Kate Braithwaite, may echo the troubled romance between Amanda Fuller and Noah Taylor in RED, WHITE, & BLUE, the story takes this pairing to much seedier and more psychologically murky depths in “Bitch.” Filmed in vivid and devious reds and tranquil and troubling blues, “Bitch” shows how much a feature filmmaker can put into a short film. It’s a testament to Rumley’s handling of dementedly tricky emotional situations that he is able to allow us to care for both characters in such a short amount of time. Though on the surface the perverse sex shared between Sawyer and Braithwaite might cause snickers, you end up feeling heavy sorrow for both characters at how fucked up their definition of love is. At its core, this is about how weak one can feel in a relationship and how angry that can make one feel. I’m being vague about this story because it simply has to be seen to be believed at how heavily the material is handled. Needless to say, it makes for some of the most provocative moments I’ve experienced cinematically in quite a while. Though this story may be categorized as the story of the worst girlfriend ever, “Bitch” is so much more!

Not for the faint of heart or weak of stomach, LITTLE DEATHS goes where few horror films dare to. My only criticism is that this film lacks something tying the shorts together. I’m not looking for a syphilitic Crypt-Keeper style horror host announcing each short, but something creative would have made this feel more like a complete film rather than a collection of horror shorts. As is, it still deliver shocks, awes, and scares on every level and will leave you squirming in your seat at the dark avenues and seedy motel rooms these filmmakers have chosen to take us. Though it might entice you to take a shower afterward, LITTLE DEATHS delivers horrors you more than likely have never experienced before.

All this talk about dogs has got me thinking about my favorite doggie horror film CUJO. What works so well in Stephen King’s story is it’s simplicity; a woman, a boy, a car, and a fucking ferocious dog. That’s all this film is, but it’s one hell of an effective film mostly because of two fantastic performances—Dee Wallace’s as the mom and that big ass gross dog. After digesting LITTLE DEATHS, CUJO might appear tame, but after the last segment, “Bitch” in the anthology, it all makes sense.

See ya tomorrow, folks, with number 17 of the best of the best covered in AICN HORROR since last year!