Though THE TALL MAN seems to draw and quarter viewers between those who believe in the issues that come up in this story of a kidnapper in a small, run-down town and those who vehemently are against it, while others feel the story works with all of its twists and ambiguous characters and others who feel the film falls apart after a second viewing, Pascal Laugier’s follow up to the devilish MARTYRS resonated with me. I know this pick is bound to piss some off, but the fact that it angers so many people makes this film interesting to me. From the talkback responses I got when I posted the below review in August, I’m sure there will be plenty disagreeing with me on my number 19 pick, but I liked the dark places it took me. 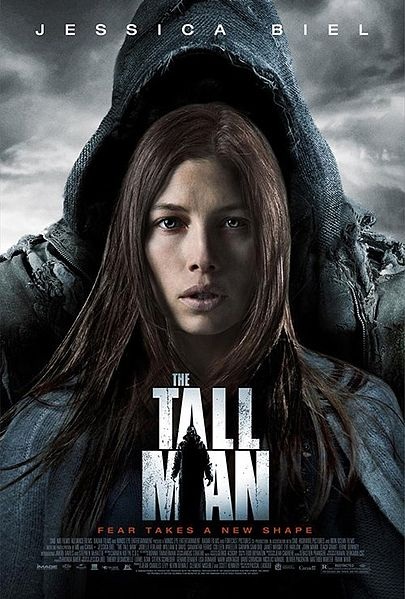 I think a lot of people in the world today don’t like it when they don’t know what’s going on when it comes to film. When a director gets the better of a viewer and is successfully able to pull the wool over the eyes of them, more often than not, I think the most common reaction is that of anger and frustration. Shortly thereafter, the words, “This sucks!” bellows out from that person’s lips, mostly because if they discredit the film, then they can’t admit that it got the better of them. I go to films because I want so desperately to see things I have never seen before. When a film comes along and I can honestly say while watching it that I have absolutely no idea how it’s going to end up…man, there is no better feeling in the world for me than that feeling. This feeling is so cherished for me mostly because I’ve seen so many films (particularly horror films) in which I can call the story beat for beat, that when a horror film comes along and truly challenges my expectations, I instantly fall in love with it. THE TALL MAN is such a film. 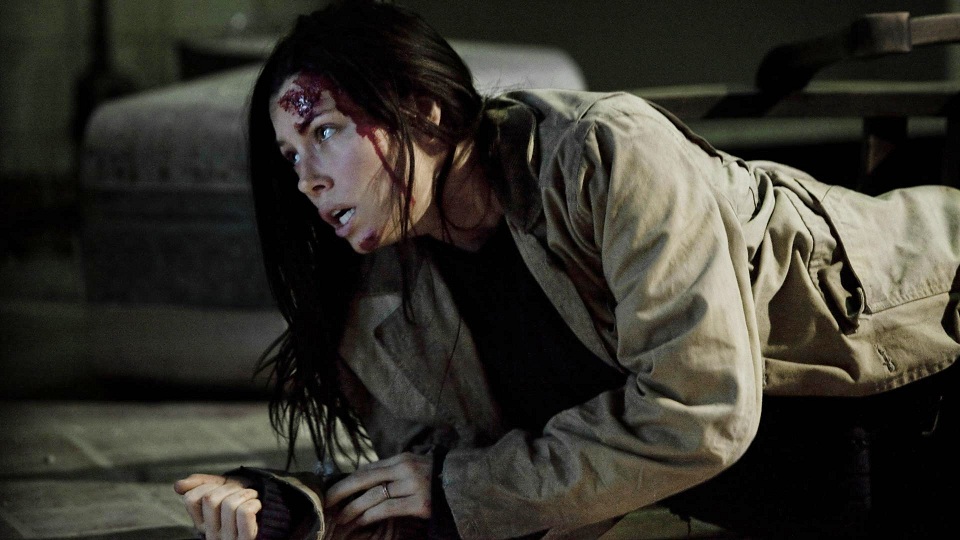 Having seen the film twice now, once having absolutely no prior knowledge of what to expect and a second time with a group of people who knew nothing about it, I am truly impressed at how the film holds up as an initial shocking experience as well as one that continues to thrill even after one knows the ending. Director Pascal Laugier who blew my socks off with MARTYRS, does so again by toying with viewer expectation like a kitten does a ball of yarn. Laugier knows what the audience expects and zigs when zags are expected, in doing so, the audience knows not where things will end up, leaving them in a constant state of discomfort. Modern audiences hate that and I’m sure there will be plenty of folks out there who dislike this film as well, but I love it because of that fact.

On top of that, Pascal is playing with one of cinema’s taboo subjects; that is, the importance of family. Much of horror is about returning to the status quo. The monster is ultimately defeated. The serial killer is destroyed. Whatever beast or baddie has come in and mussed up the ant hill is gone and the dust settles, giving the audience a sense that despite the horrific events, things are going to be ok. The TALL MAN is not that movie. While family has always been a constant, rock solid concept in film, here it challenges that notion. Without getting too far into spoiler territory (a previous review here on AICN did that, if you’re looking for spoilers), Laugier suggests that maybe being with one’s family isn’t the best case scenario and again, that is going to be a tough pill for some to swallow.

THE TALL MAN is about an urban legend made real. The children of a poor mining town are going missing without a trace. Police are baffled. Townsfolk are scared. And the local vet Julia (Jessica Biel) seems to be the only strong person left among them as shown in the opening scene as she is the only person qualified in the town to oversee a young girl giving birth in secret. Fearing scrutiny from the townsfolk and possibly another abduction by the Tall Man (which the more superstitious of the townies have dubbed the abductor), Julia agrees to keep the info about the baby to herself. Soon, Julia returns to her own home to visit with her own child. The two share a loving relationship as seen through some endearing moments of play between Biel and the young actor David (played by DIARY OF A WIMPY KID’s Jakob Davies). But when the lights go out, Julia is awakened by a crash in the night and encounters the Tall Man in her house with David in tow about to disappear into the night. 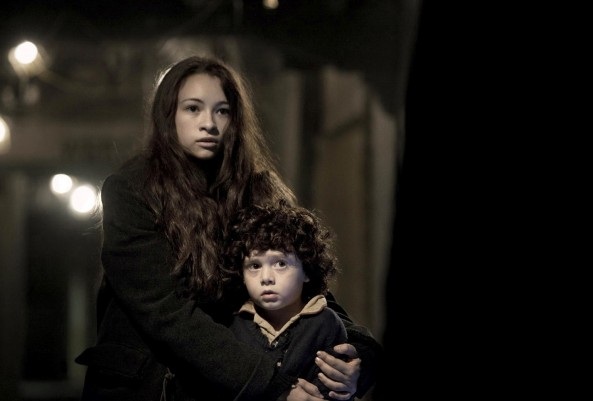 What looks to be a child abduction tale turns out to be anything but. When I was trying to explain this to my friends without giving too much away, I told them that it is one of the most unconventional horror films I’ve ever seen. But then again, because of the social commentary going on in this film, it’s also hard to categorize this as a horror film at all. There are definitely moments of sheer terror as the separation between a person and their child is one of the most tragic occurrences imaginable, but what it truly shocking is the reason for the disappearances and how this film peels away layer upon layer, slapping aside all assumptions one might have as clues are dropped.

Jessica Biel with her performance in this film has leapt from just another beautiful actress to one with definite balls after her brave portrayal of Julia in this film. Not only is she put through hell physically in this film, but her arc is complex and shatters all expectations one might have of her going in. Additional strong performances are offered up by PONTYPOOL’s Stephen McHattie, X-FILES Smoking Man William B. Davis, and SILENT HILL’s little girl Jodelle Ferdland. In a film which requires so many emotions being shredded and toyed with, the whole cast does a fantastic job at conveying them.

As with MARTYRS before it which was without a doubt one of the most shocking films in the last twenty years, THE TALL MAN opens with an extremely close viewpoint then gradually throughout the film pulls back revealing a much bigger world than what one first expects. Just as MARTYRS evolved before your eyes from a film about madness and inner demons to one of existential torture and transcending beyond what the sane mind can truly withstand, THE TALL MAN morphs and evolves as the running time speeds by. Though I won’t reveal the twists and turns here, I will say that the multiple times the story pulled the rug from under me got me big time. I’m not afraid to admit this film got the better of me and I love it for doing so. If you’re the type of person who gets pissed at being surprised, I know right now that THE TALL MAN just won’t be for you. But if you go to a film to be shocked, to be manipulated, to be surprised, THE TALL MAN delivers all of that in spades.

Looking for a truly creepy story of a kidnapper? Try Fritz Lang and Peter Lorre’s classic tale of heinous crime and guilt M. This black and white masterpiece is something you won’t forget once viewing with Lorre turning in both a sympathetic and abso-fucking-lutely creepy performance. Available on DVD, check out M as today’s alternate pick.

See ya tomorrow, folks, with number 18 of the best of the best covered in AICN HORROR since last year!