Though not as strong as Ti West’s first effort, HOUSE OF THE DEVIL, THE INNKEEPERS made up for it in charm and last act scares to make my list this year. The review below is from January. THE INNKEEPERS is available now on DVD/BluRay! 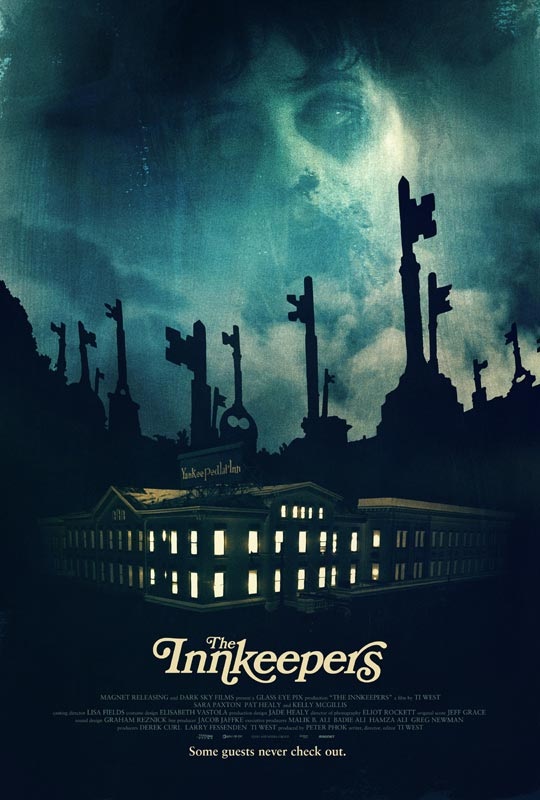 After experiencing HOUSE OF THE DEVIL, Ti West immediately became someone for me to watch out for. Having seen a ton of horror films, it takes a lot to give me the willies, but West did with his tormented babysitter ode to the 80’s. When I got wind that West was going to go the supernatural route, I knew this film would prove if the writer/director had the versatility to not only cause chills with real world scares, but otherworldly ones as well.

Turns out he’s got it in spades. 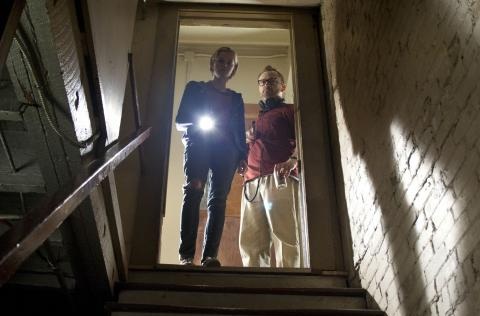 THE INNKEEPERS is a deviously patient and shockingly effective horror film. West patiently introduces us to Claire (played by Sara Paxton, more on her later) and Luke (Pat Healy). Anyone who had a job through college or worked in a place where there is a lot of down time knows this pair’s dilemma. The jobs they have as innkeepers fits in with their slacker mentalities, but that doesn’t stop them from bouncing their big ideas off one another. Luke runs a website highlighting ghostly encounters and talks grandly about the time he experienced paranormal activity at the hotel. Claire wide-eyedly believes him and with the hotel closing, the pressure for a ghostly investigation is on. Being a fan of GHOST HUNTERS and shows like them, I loved the amateur ghosthunting aspects of the film. Having these two bored twentysomethings tool around in the dark would have been enough for me without them finding anything. Healy and especially Paxton are as likable as they come. Healy’s snarkiness is something one could find in any random talkback post, while Paxton offers the wide eyed wonder reminiscent of Henry Thomas from ET, Sean Astin from GOONIES, or William Ragsdale from FRIGHT NIGHT. Though these are all male characters, Paxton serves as the lead here and is much more of the dominant role here while Healy’s true colors shine through as soon as stuff gets supernatural. 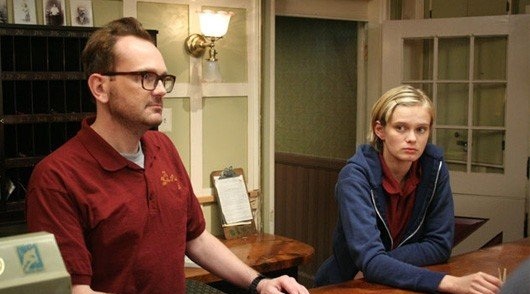 The fact that I’ve gone through most of this review without talking about the scares or effects should tell you this is a great film even before the weird stuff starts happening. West makes this a true character piece with these two actors that fascinate the audience the whole time. In doing so, when the supernatural occurs, I felt more invested than ever for the safety of these two characters one can’t help but like.

Though this film obviously had a low budget and a lot of the scares are more due to reactions by the actors and some clever camerawork by the director, this is an extremely scary film. A scene in the basement where the two amateur ghosthunters are trying to summon a spirit is extremely effective and not a ghost is actually seen. It’s all close camerawork, moody music, and deft performances by the actors. Even when the ghostly image of the spirit that used to live in the haunted hotel appears, it’s only momentary with the moments leading up to it shredding nerves the whole time. 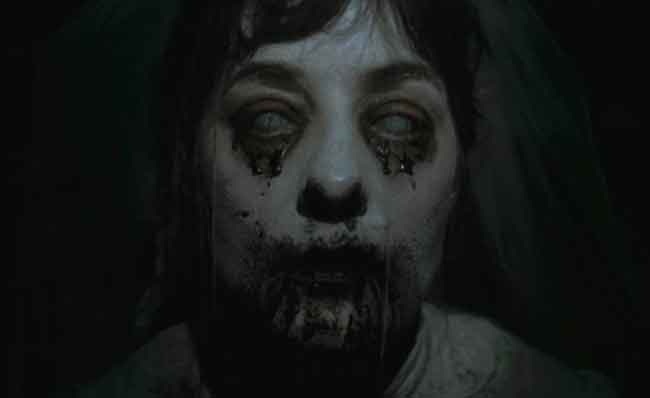 Kelly McGillis adds a bit of class and panache as a washed up actress now backing spirit crystals for infomercials who happens to be in the hotel when all the shit goes down. Hers is another performance that makes you care about the living more than one usually does in this type of movie.

Though THE INNKEEPERS is not as spine-tingler-ific as HOUSE OF THE DEVIL, it is a great ghost story which remains effective despite budgetary limitations and takes advantage of the unseen rather than pissing in the punch with cruddy effects or even worse CGI. West, though, has proven himself capable of handling these two genres of horror--the real and unreal--with ease. Reminiscent of GHOSTBUSTERS by way of POLTERGEIST and maybe a bit of GOONIES thrown in, THE INNKEEPERS shows that West is a movie magician to watch.

See ya tomorrow, folks, with number 21 of the best of the best covered in AICN HORROR since last year!