Continuing with the countdown is the indie thriller THE PACT, which packs a shit ton of scares in the first few minutes and doesn’t let up until the end. Part ghost story, part real life tale of abuse, THE PACT is one of those films that took me completely by surprise when I reviewed it back in July. 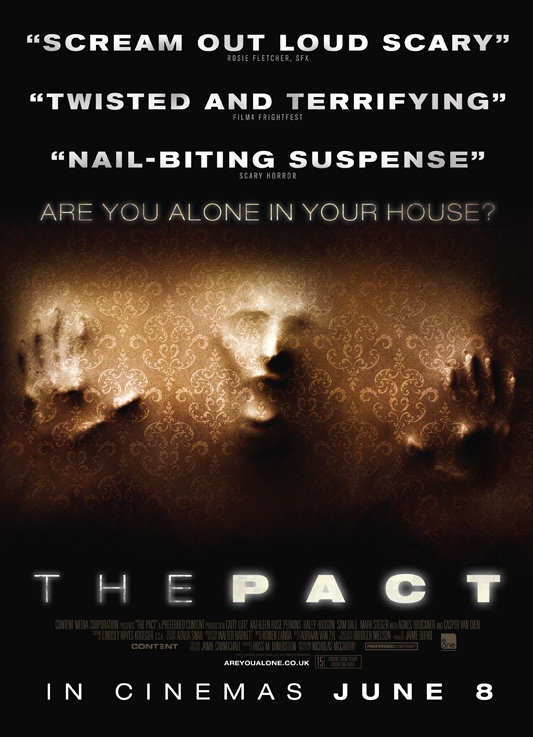 Though I wasn’t expecting much going into THE PACT, by the five minute mark I found myself leaping from my chair in fear at what was going on. There were a few leaps in logic in the making of this one, but filled with moments of pure creep and terror, THE PACT is a film I’m recommending for those who love all things scary. An old fashioned ghost story, more along the lines of THE OTHERS and INSIDIOUS than PARANORMAL ACTIVITY, THE PACT is a ghost story worth getting behind. 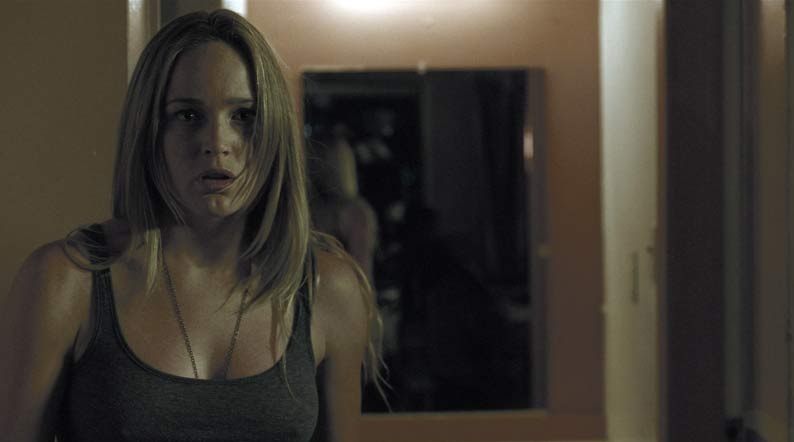 Originally a short film, director Nicholas McCarthy has expanded on the concept without making it seem stretched too thin. The story follows a pair of sisters whose mother has recently passed away. The mother leaves the sisters a house and a horrible secret. When the first sister (Kathleen Rose Perkins) comes to the home, she soon disappears after a freaky interaction with her child over Skype. Then Annie the other sister (a loner motorcyclist played by Caity Lotz) arrives, she finds an empty house full of mystery. After a night of sheer horror that will surely make you jump out of your skin in fear, she realizes that otherworldly things are going on. Things get even creepier when a secret room is found with holes drilled in the walls giving someone or something a secret viewing room for everything that transpired in the house. 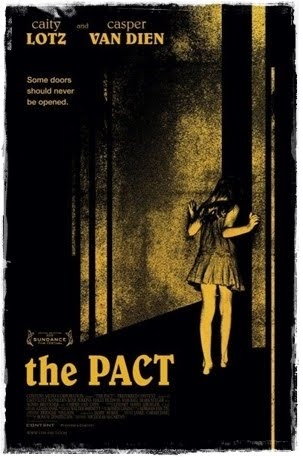 Great performances all around help make THE PACT easy to get caught up in. Caity Lotz is great and gruff as Annie the tough sister who is scared shitless, but perseveres against the forces of the unknown. Casper Van Dien even gives a good turn as the chiseled yet unshaven cop who somewhat believes the story of the distraught woman. And Haley Hudson has a nice smaller role as a creepy medium.

A creepy house, an otherworldly presence, a dark closet, and secret rooms all contribute to the thrills that pile atop one another in THE PACT. McCarthy takes his time unfolding this intricate plot of betrayal and secrets between mothers and daughters. McCarthy uses forced camera angles, trick photography and sincerely frightening imagery to scare the pants off of you in this little film. One of the aspects that is most rewarding is that the action rarely goes outside of this creepy abode, keeping this a tight thriller that never overshoots or shows the rough edges of a film made for this budget. 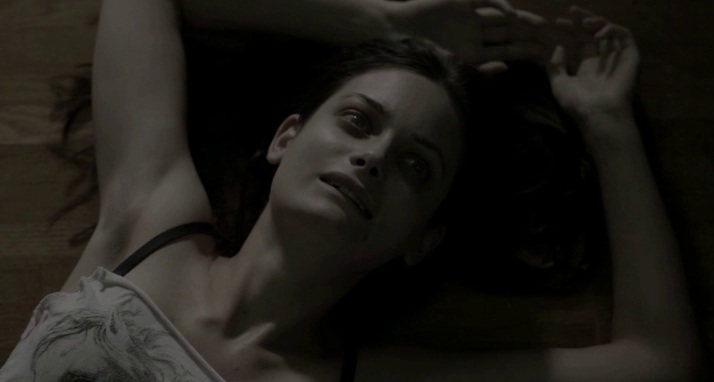 McCarthy got me more than once in this film, which hits hard in its action and isn’t afraid to get in your face with the scares. I don’t want to ruin too much of the terrors within THE PACT, but I will say you will be scared. The name of the film leaves a lot to be desired and I think many will overlook this one because of it. Another detriment is that people are wandering in and out of a crime scene investigated by the police with no worry. This plot hole is only a minor distraction from a truly great horror film.

THE PACT can be seen on VOD now at IFC Midnight and will have a limited theatrical run soon. No matter how you catch it, make sure you do. THE PACT is not to be missed.

If you like icky stories of weird relationships between fathers and daughters, then you won’t want to miss the classic film released by Troma last year PIGS (which I reviewed here), in which Marc Lawrence directs and stars with his own daughter who plays a woman off her meds and on the run who ends up being tormented by a farmer (Lawrence), some townsfolk, and of course, some bloodthirsty pigs. It’s 70’s schlock at it’s finest and though tonally it’s not the same at THE PACT, there are weird daddy issues going on in both. PIGS is available on DVD from Troma (of course).

See ya tomorrow, folks, with number 23 of the best of the best covered in AICN HORROR since last year!