Before you start calling for my head, I invite you to check out this surprising and genuinely scary indie gem. SPIRIT STALKERS may not be the most polished film with the best actors, but it does have a solid premise and a boatload of scares. Or maybe I’m just a sucker for Ghost Hunting shows. You know I had to pull a low fi horror film out for this best of list and though it was shot cheaply, it’s definitely worth viewing. Here’s my review of the film from July. 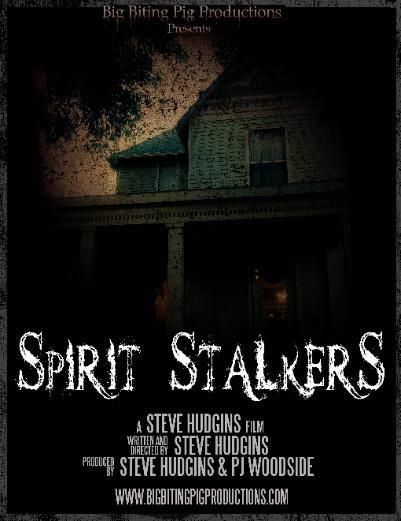 The most successful of the three found footage-ish films this week is SPIRIT STALKERS. I genuinely had chills watching this film which features a band of ghost hunters tracking strange activity in a mentally unstable woman’s house. Are the strange visions the woman is having part of her psychosis? Or is there something paranormal at foot? That’s what the Spirit Stalkers, the stars of a paranormal reality series, are trying to find out.

SPIRIT STALKERS switches from hand held POV to “reality” numerous times throughout the film, but these aren’t jarring transitions between the two methods of filming. These frequent switches serve a purpose. While one end of the story tells the tale from the Spirit Stalkers as they attempt to get ratings and be the most accurate debunkers on TV, the standard shot segments reflect the woman’s struggles with the strange happenings in her home. There’s a purpose to these switches in film styles and I bought it with this film. 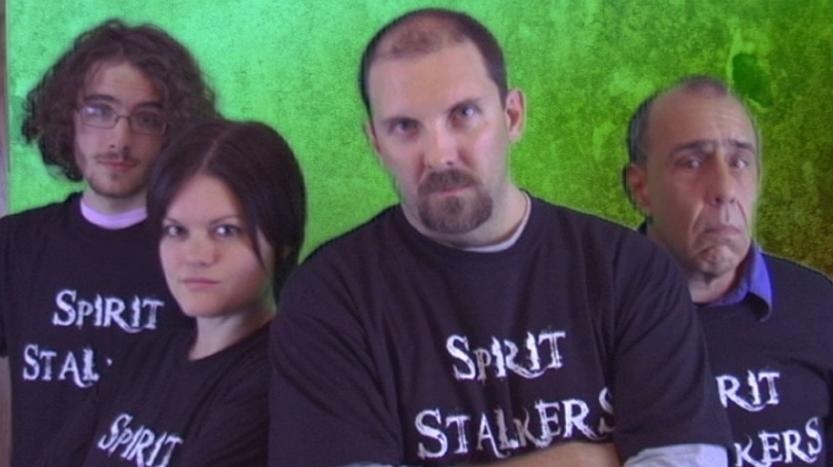 I also loved the Spirit Stalkers themselves. Unlike most of the ghost hunters on TV, these guys try hard not to create faux spook. Lead ghost hunter Steve Hudgins (who also directed and co-wrote the film) explains that his team searches with the lights on, basically calling out all of those ghost shows who go green and use night cameras in order to amp up the scares. I also love it that the team mentions how most ghost hunters go in trying to find ghosts, which automatically makes them assume every bump, squeak, and blip is caused by the paranormal. Anyone who watches those ghost/monster hunting shows (I have to admit, I’m an addict of the genre) has seen the ghost hunter jump to a paranormal conclusion first, so it’s nice that this is addressed here as Hudgins introduces his team and methodology. 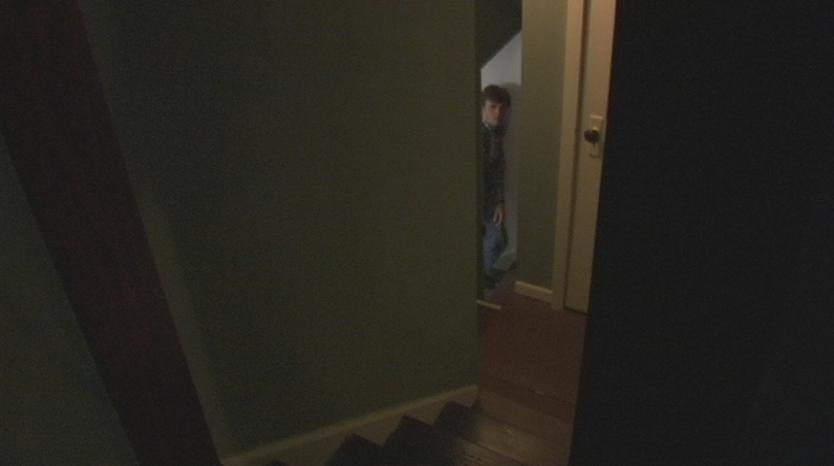 Thought low budget, you wouldn’t know it by the performances from this talented cast. Hudgins and his writing partner PJ Woodside (who also stars in this film as the tormented woman) have crafted a highly intelligent and absolutely horrifying achievement. Don’t let the low budget fool you. I loved the twists and turns that occur throughout the story. Without giving anything away, all is not as we think going into this film and I’ll leave it at that. I will say that this is a smartly written, deftly acted and, most importantly, effectively scary film. More than once I was scared shitless as both the investigators and the tormented woman walked through the cavernous hallways of her house.

Seek out SPIRIT STALKERS. It has enough scares to go toe to toe with most big budget Hollywood horror films combined. The trailer below just doesn’t do it justice.

SPIRIT STALKERS is available now from Biting Pig Productions and definitely an indie film worth seeking out. Despite its amateur makings, it took me by surprise and those who love found footage style films will definitely appreciate it. If you’re looking for another found footager worth screaming about, I suggest HOLLOW, which I reviewed just a short while ago. It’s another first person POV style story that packs a few great scares and delivers a hell of an ending. HOLLOW was recently released on DVD as well.

See ya tomorrow, folks, with number 26 of the best of the best covered in AICN HORROR since last year!