John Ary's Aint It Scary Reviews #5 Of 31!! BEHIND THE MASK: THE RISE OF LESLIE VERNON!!


John Ary here with another installment of Ain’t It Scary Reviews.  Today a serial killer on the rise gives a film crew an inside look at how to create a horror legend.


Behind the Mask: The Rise of Leslie Vernon has one of the best premises for a modern horror movie ever.  It imagines that Freddy, Jason, and Michael Myers all inhabit the same world and suggests that their legendary stories may have been perpetrated by ordinary people.  A documentary film crew follows an up and coming serial killer taking them through the process of creating a horror legend that rivals his infamous predecessors. 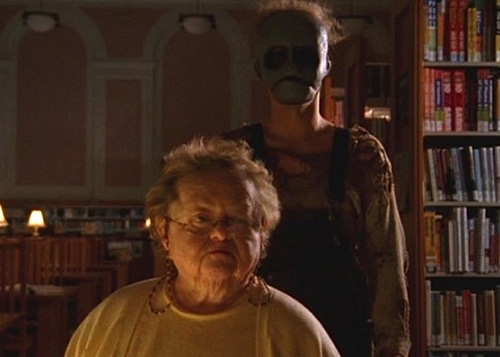 What I love about the film is its reverence for the horror movies that came before it.  It systematically breaks down the terminology and the constructs of movies like Nightmare on Elm Street, Friday the 13th and Halloween.  It lovingly talks about the evolution of the heroine, the process of victim selection and the luck it takes to make a perfect kill.  We meet Leslie’s mentor and learn about how the slasher has changed over the years. It tries to boil down all of the aspects of the genre during conversations between the film crew and our serial killer on the rise.  When Leslie takes us through the preparations and psychology of the “group kill”, it is enthralling to watch.   Also, the film features a few horror legends with Robert Englund playing a Doctor Loomis-type character, Zelda Rubinstein in her last on screen performance, and former Jason Vorhees actor Kane Hodder in a cameo on the steps of 1428 Elm Street.  Plus, it’s fun to pick up on the little nods to previous films, whether it’s a vehicle from Evil Dead parked in a driveway or a music cue from The Shining. 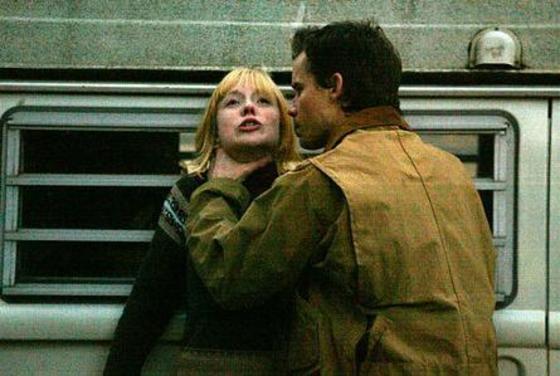 Unfortunately the movie suffers from two common horror film problems... low production values and terrible acting.  This is writer, producer and director Scott Glosserman’s first feature.  While the story is genius, its setup and character work is a bit confusing.  We meet the documentary crew while they are taping an introduction for their video, but who do they work for?  Apparently they are shooting this for a university newscast, but they seem too old and well-equipped to be college students.  And they don’t seem to care that they have become accessories to murder.  They help plan, document and cover-up a serial killer’s vile actions with little regard.  Towards the end of the picture though they develop a conscience out of nowhere and try to help the victims.  What the hell?!  Also, the lead actress is awful.  Sometimes actors can elevate their material and make us look past its flaws.  Unfortunately she does the exact opposite, reminding us constantly that this is an overachieving low-budget slasher movie.  There are times you wish Leslie would eliminate the reporter in some gruesome fashion and just show the camera guys more of his technique.

Behind the Mask: The Rise of Leslie Vernon is a far from perfect slasher movie.  While the performances and some of the storytelling come off as amateur, the premise is strong enough to carry it through.  I would love to see this get the Evil Dead 2 treatment with a retelling that amps up the blood and the budget while replacing the female lead.

Behind the Mask: The Rise of Leslie Vernon is currently streaming on Amazon.  It’s also available on Blu-ray here.

Check back in tomorrow for another Ain’t It Scary Review as the world is attacked by aliens that inhabit the bodies of our dead. 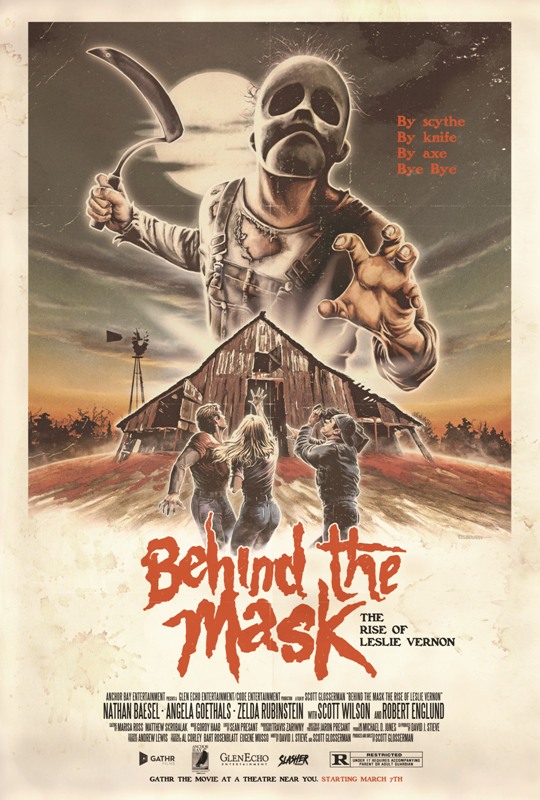