John Ary here with another installment of Ain’t It Scary Reviews.  Today we’re heading over to Italy for a horror anthology involving ghosts, vampires and stalkers.


There are three reasons to see 1963’s Black Sabbath:  Boris Karloff, the directorial work of Mario Bava and the three simple yet effective horrific tales that make up its anthology .

The name of the movie in Italian translates to The Three Faces of Fear.  Here we get a trio of creepy stories that are different enough to stay memorable and scary enough to satisfy.  The first involves a woman who steals a ring off a dead woman’s body.  The make-up on the dead lady is fantastic.  It’s ultra-stylized that stops just short of being cartoonish.  In this ghost story the dead woman stalks the poor soul that stole her ring with patience and horrific elegance.  Then, there’s The Telephone.  A woman, alone in her apartment begins to receive threatening phone calls from a man who is watching her every move.  This is the kind of story that makes you want to run out of your home and buy a security alarm system.  I was a bit taken aback by the intensity of the caller.  He puts the average rapist on an episode of Law and Order: SVU to shame.  Unfortunately the ending of this one gets a bit mucked up as it was retooled from the original Italian version.  We’ll talk a bit more about that later.  The final story stars Karloff whose family must determine whether he has been transformed into a vampire.  Everyone will have a favorite story here based on their horror preferences and I liked this one the least.  It wasn’t bad, but I prefer the simpler and more relatable circumstances of the first two stories more. 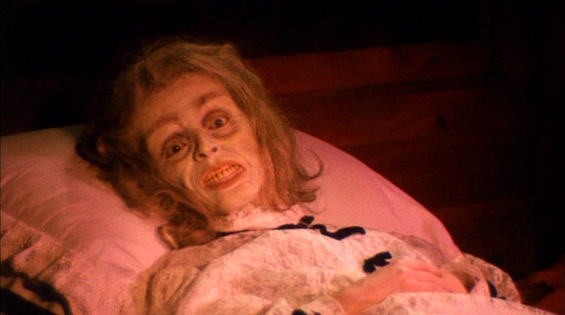 Karloff is having a lot of fun.  At this point in his career, he was doing Roger Corman movies and making occasional TV appearances.  It wasn’t exactly a high point in his professional life.  He was not only cast in this picture as one of the leads of the vampire story but also as a host of sorts.  He had been doing the same sort of thing on TV with the horror anthology series Thriller, but it was never as popular as the anthology shows that came after it. Like Rod Serling on the Twilight Zone or Alfred Hitchcock from his TV days, Karloff set up the stories with a coy smile and some fun tongue-in-cheek dialogue.

The ultimate reason this movie works though is Mario Bava.  The director is a pioneer in the field of horror and science fiction.  He’s credited as the cinematographer on the first horror movie in Italian history The Devil’s Commandment, the director of Italy’s first science fiction film The Day the Sky Exploded, an influence Ridley Scott’s Alien, and an innovator with one of the first slasher films in history Twitch of the Death Nerve.  He knows how to create tension and develop an atmosphere of terror.  He relies less on bloody thrills and more on psychological stress.  He knows how to setup a terrifying situation and successfully carry it through to its chilling climax. 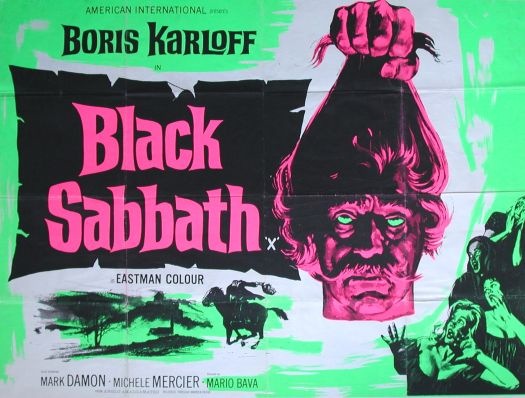 It should be noted that there are several differences between the American and Italian versions of the film.  The sequence of the stories is different, both feature a different score, The Telephone was changed more into a supernatural tale for Americans and a lesbian sub-plot was dropped, and according to IMDB, the Boris Karloff introductions were cut from the Italian version as well.  I would have loved to have seen a definitive director’s cut.

Check back in tomorrow for another Ain’t It Scary Review as we get into the head of a deranged serial killer with mommy issues. 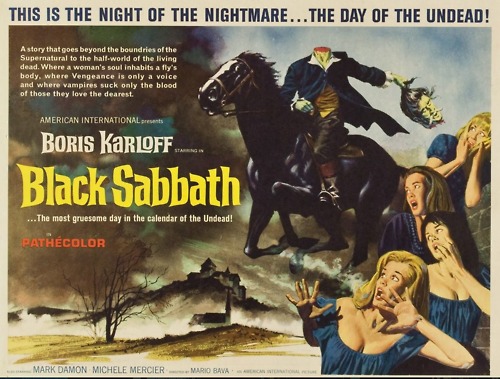