John Ary here with another installment of Ain’t It Scary Reviews.  Today we’re taking a groovy look at one of the 70’s most happening vampires.


There’s only one reason to see Scream, Blacula, Scream.  William Marshall is probably best known to members of my generation as the King of Cartoons on Pee-Wee’s Playhouse.  That’s a true shame, as this Shakespearean-trained actor had so much more talent than the children of the 80’s and 90’s were lead to believe.  Not only was he a classically trained performer of Shakespeare, opera and Broadway, but he also made the rounds through Hollywood making appearances in TV shows and films like Star Trek, The Man from U.N.C.L.E., The Boston Strangler and Demetrious and the Gladiators.  With this film, he takes the campy and silly and spins it into an impressive show of terrifying force as the African prince of darkness in this blaxploitation sequel from 1973.  He elevates a tawdry vampire tale from terrible to passable with his deep bass voice, powerful presence, and true dedication to his craft.  It seems like he has no idea that he’s been cast in a shitty vampire movie.  Instead, Marshall delivers his lines as though he’s performing Othello from the center stage of the Globe Theater.  He deserved better than this.  By all accounts Scream, Blacula, Scream should be a really terrible time sucker.  Marshall makes it watchable.

When the head of a Voodoo church passes on, her shunned heir seeks revenge.  He unleashes the power of Blacula without understanding the deadly ramifications.  The first third of the movie is fun as Blacula seeks out victims and builds a small army of vampire henchmen.  He meets Pam Grier, a young Voodoo priestess who may hold the key to releasing him from his curse, but her ex-cop boyfriend is on to Blacula and believes him to be the culprit of several suspicious slayings around town. 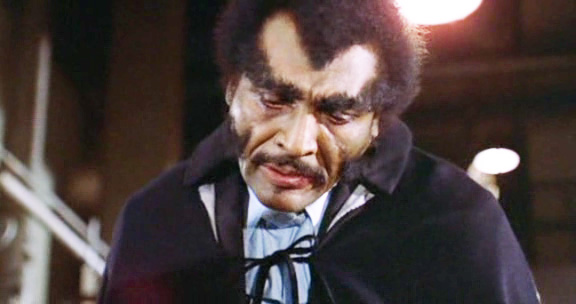 The film starts off strong and felt on par with its Hammer peers of the time that featured Christopher Lee and Peter Cushing, but once Blacula decides to spend more time getting to know Pam Grier instead of beating up pimps and teaching his new apprentice how to suck blood, the fun begins to fade.  It has good ending with the cops taking on Blacula’s vampire battalion, but it’s not quite enough to overcome the painfully boring mid-movie slow down.

On the plus side, it’s an interesting time capsule for American culture in the 70’s, full of swinging fashions and music that jives.  There is some lip service given to empowering black culture and reversing society’s negative  trends of the day, but otherwise it felt like producers we’re just cashing in on a niche market.  Overall, Scream, Blacula, Scream should only be watched by those who want to see a true master transcend an anemic artistic environment... and it would help to have the remote handy.  You may need that fast forward button.

Check back in tomorrow for another Ain’t It Scary Review as we sample a 1963 horror anthology from Italy. 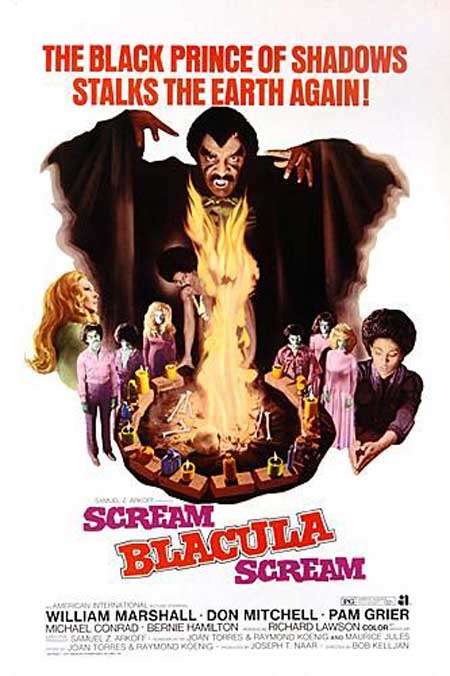