All The Details On THE DARK KNIGHT RISES Blu-ray & DVD Releases!!

Not too long ago, word started leaking out about Warner Bros. packaging for the home release of THE DARK KNIGHT RISES. Multiple versions would be put out across the Blu-ray and DVD formats for you to pick and choose from, which really boiled down to whether or not you wanted to drop the extra coin on having your very own busted-up Batman cowl to go along with the movie in your collection.

Today, Warner Bros. released all the details of those sets, so you know exactly what you'll be getting for your money when THE DARK KNIGHT RISES hits the market on December 4.

Here's what you need to know:

“The Dark Knight Rises” arrives this holiday season onto Blu-ray Combo Pack, DVD and Digital Download on December 4 from Warner Bros. Home Entertainment Group. In the epic conclusion to filmmaker Christopher Nolan’s The Dark Knight trilogy, Gotham City is threatened by the masked terrorist Bane, forcing Batman to return from an eight-year absence and fight for his city one more time.

Also available will be the free “The Dark Knight Rises” app for IOS 5.0 or higher compatible devices including iPhone and iPad, and Samsung Galaxy devices including S2, S3, Note, Nexus and Tab (operating system requirements vary by device). Building upon the already available “TDKR: Gotham City’s Most Wanted” app, “The Dark Knight Rises” app will be updated in two phases. The first update, which will be available in late October, will include several interactive activities such as a photo application that will allow users to put themselves into a Tumbler, a video application that will allow users to insert a Tumbler into their personal videos, and more. The second update, which will be available on December 4, will integrate second screen functionality into the app. It will allow users to sync compatible mobile devices with the Blu-ray disc via BD-Live enabled Blu-ray players connected to the same Local Area Network to access exclusive bonus content. The bonus content will include film location information, Gotham City maps, film trivia, photo galleries and “making of” featurettes. In addition, the second screen app controls playback of the film on your TV via Blu-ray player. “The Dark Knight Rises” app will be available through the iTunes store and Google Play.

“The Dark Knight Rises” will be available on Blu-ray Combo Pack for $35.99 and on single disc DVD for $28.98. The Blu-ray Combo Pack features the film in hi-definition on Blu-ray and in standard definition on DVD. “The Dark Knight Rises” Blu-ray disc takes advantage of the marriage of IMAX® and 35mm formats by using the hybrid master to replicate the unique theatrical experience of integrated film formats. Both the Blu-ray Combo Pack and the single disc DVD include UltraViolet which allows consumers to download and instantly stream the standard definition version of the film to a wide range of devices including computers and compatible tablets, smartphones, game consoles, Internet-connected TVs and Blu-ray players.*

-“THE BATMOBILE” DOCUMENTARY: Witness all five Batmobiles together for the first time in history. Dive deep into every aspect of the most awe-inspiring weapon in Batman’s arsenal as you journey through the birth and evolution of this technological marvel and cultural icon.

-ENDING THE KNIGHT: A comprehensive look into how Director Christopher Nolan and his production team made “The Dark Knight Rises” the epic conclusion to the Dark Knight legend.

- The Journey of Bruce Wayne

As for what each of these versions will look like... well, have a gander at the box art and packaging you should be on the look out for come December. 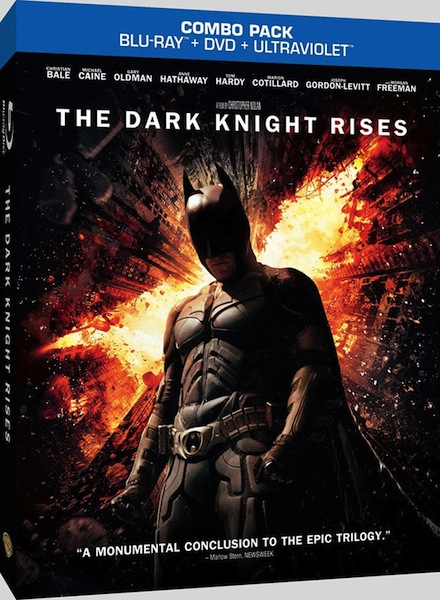 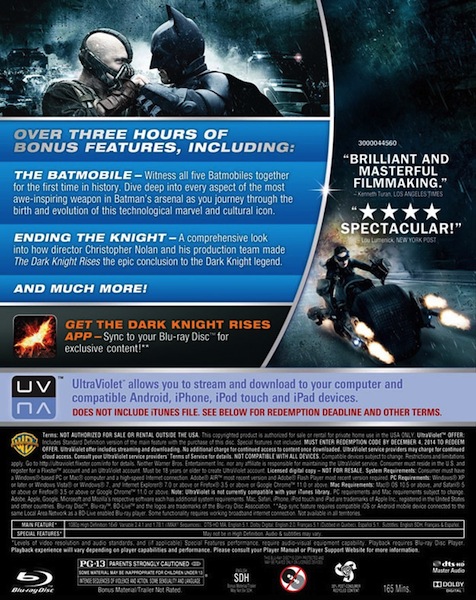 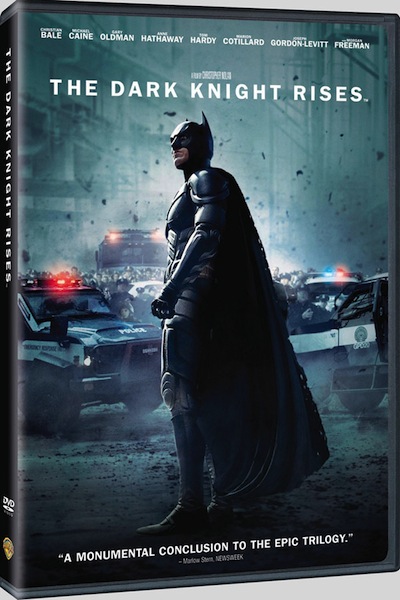 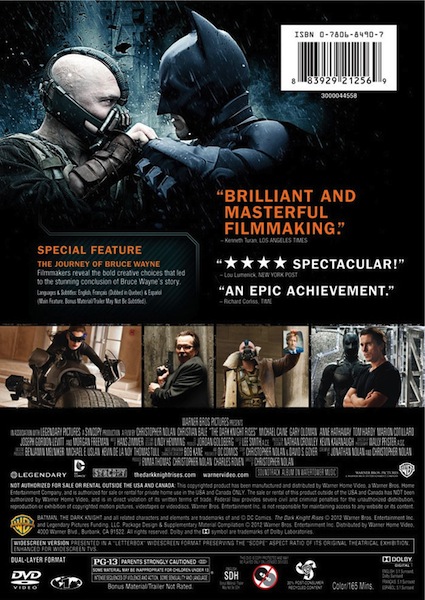 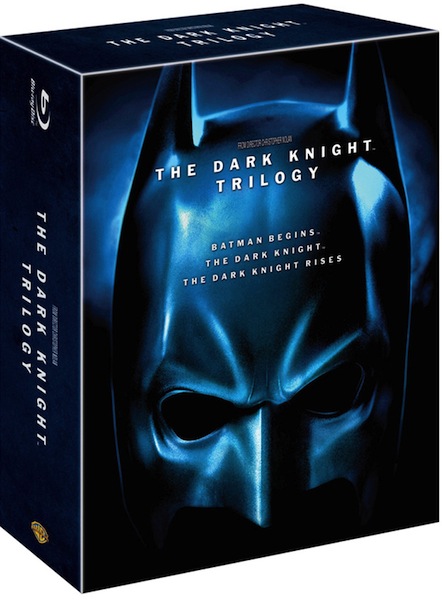 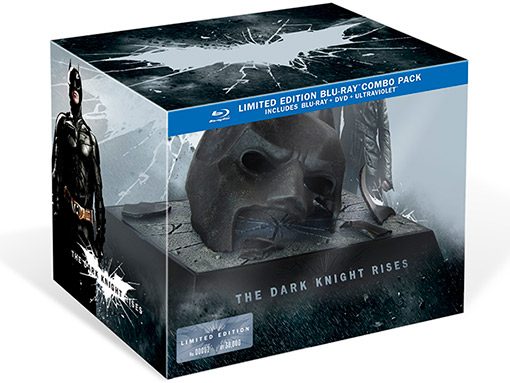 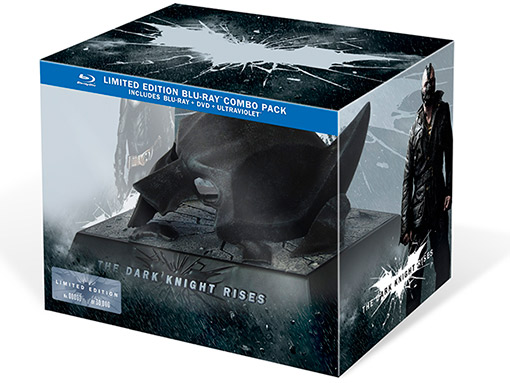 I know there's going to be a lot of temptation to wait it out until next year for this Ultimate Collector's Edition Trilogy that Warner Bros. made passing mention of, but who knows how much that is going to run you... Fans tried waiting it out for something of the sort when it came to the Harry Potter series, and that humongous Collector's Edition wound up running you close to 300 bucks.

I wish we could get the trilogy WITH that Batman cowl, altogether in one package, but it looks like Warner Bros. Home Entertainment either wants us to grab them both or have to make a rather difficult choice. Unless that trilogy package is offering up something the previous two solo releases don't have though, the Limited Edition Blu-ray might be the way to go.

If you hop on Amazon's pre-order, you'll be able to save yourself a few bucks all around though, as right now, the Blu-ray Combo Pack

about $18, the Trilogy Blu-ray set