Day of Reckoning is unlike any of the other films in the series, devoid of any camp or humor and completely out of canon.  This is the grown-up version of Universal Soldier that ponders lofty themes like the soul of man, free will and the role of government.

Director John Hyams looked to influences like David Cronenberg and Apocalypse Now for the film's inspiration.  I'm not kidding.  Terry Malloy and I had the chance to see it at Fantastic Fest this year and here's our spoiler-free review...

It will be available On Demand and on iTunes October 25 with a theatrical release November 30.  We shot another review of the film that goes into greater detail about the plot, characters and other spoilery things that we'll post later in October.
For more news and reviews subscribe to the AICN Youtube channel and follow me on Twitter. 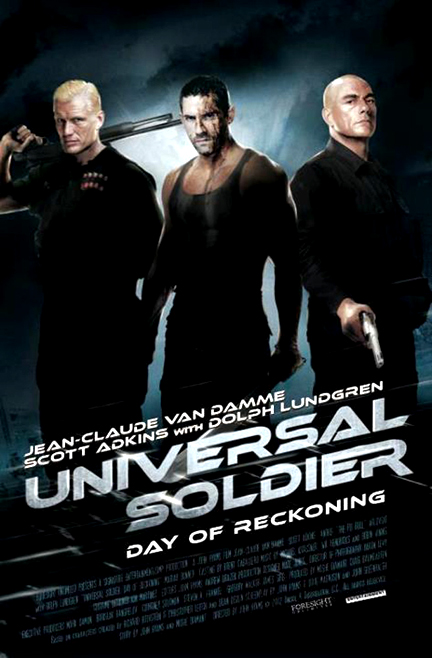