Copernicus Digs Emma Watson In THE PERKS OF BEING A WALLFLOWER At TIFF! 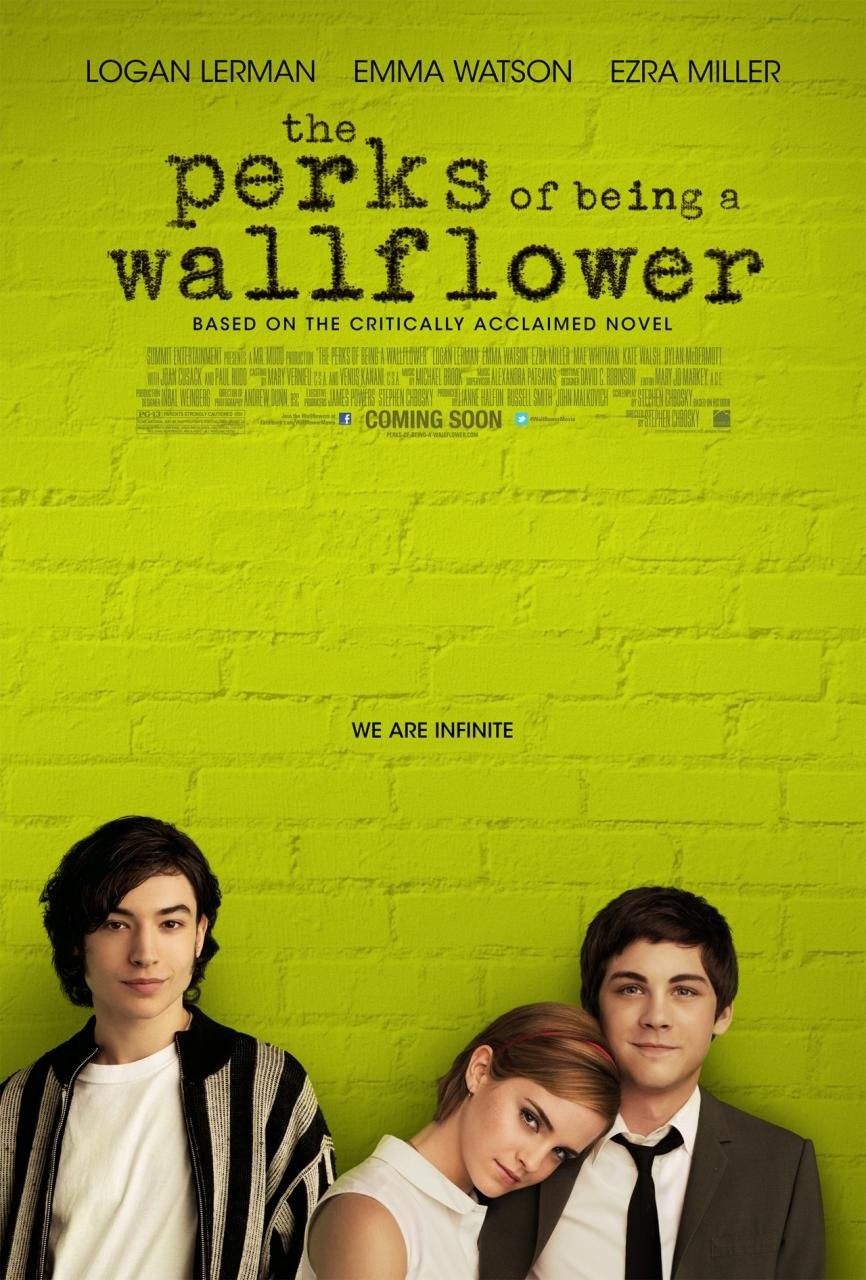 It is a rare series of events that will get me to see a teen coming-of-age story.  But early this week at TIFF there was a hole in my schedule, and THE PERKS OF BEING A WALLFLOWER seemed like the most exciting thing playing.  But it also had Emma Watson in one of her first roles after the HARRY POTTER series, and it was set in the early 90s, when I myself was a teen.  What the hell, I decided to give it a shot.

I’m glad I did.  THE PERKS OF BEING A WALLFLOWER is the teen coming-of-age story done about as well as it can be done.  You know the basic outline of these stories going in:  teen goes to a new school, is an outsider, has formative experiences, lots of drama, problems with relationships, and comes out the other end a new person.  Within that structure there is a lot of variety though, and nearly every choice made for PERKS was the right one.

Many of these films cast the teen flavor of the week, have references that only teens would get, and are just vapid.  As a result they end up being disposable.  But THE PERKS OF BEING A WALLFLOWER instead seems timeless.  First, they went with the best actors available, instead of just the latest heartthrob.  Second, the movie is set in the early 90s, so it isn’t about Facebook, or texting, or whatever is on TV this month.  This both broadens the appeal of the film to adults who experienced that era, but it also forces the filmmakers to address more universal problems that span every generation of teens.

The time period also serves a story point, as the characters are constantly on a quest to find and share good music.   PERKS has an outstanding 80s / early 90s soundtrack:  David Bowie, the Smiths, Sonic Youth, New Order, etc.

The main character, Charlie (Logan Lerman) has problems.  At first we aren’t sure why, we just know he’s been getting psychological help, he has no friends, and he’s terrified of starting high school.  Of course, his worst fears are realized when he gets to school, is bullied, and has no one to eat lunch with.  Eventually, he does make a friend though:  Patrick (Ezra Miller), an outgoing, funny, drama-type, who doesn’t seem all too concerned with cliques.  Patrick also has a sister, Sam (Emma Watson), who of course Charlie falls for at first sight.  As Charlie is accepted into their circle of friends, he starts to go to parties and dances, and of course has his mind expanded by indie music, drugs, and alcohol.  The happy circle of friends can’t last forever, of course, as drama and relationships threaten to rip the group apart.

The film was directed by Stephen Chbosky from his screenplay, which was adapted from his own novel.  I haven’t read the book, but I love the fact that the guy who wrote the novel got to direct the film adaptation.  It shows -- the film just feels deeper than a typical film starring teens, and it seems authentic, original, and uncompromised.   It also deals with more serious subject matter than you normally see in films like this, including teen sex, homosexuality, drug use, and sexual abuse.  Apparently it was initially rated R, but was then reclassified PG-13 on appeal.

Aside from the writing, maybe the best thing about PERKS is the outstanding performance of the lead, Logan Lerman.  His character is an introvert, so most of the acting isn’t very showy -- you just see it in his face.  He does a credible job of being both troubled enough to be an outcast, and charismatic enough to be accepted when his fortunes improve.  He’s already been in a ton of films, including the PERCY JACKSON series, but this is the first time I’ve taken notice of him.  This kid is going to be huge.

Emma Watson does a fine job as well.  Here she’s playing a girl who isn’t shy about getting down to business and has a bit of a reputation as a result. (And since I know the pervs want to know:  no she doesn’t get naked, but she does end up in a few sexy situations).   And she has no trouble with the American accent.

The rest of the cast deliver too:  Ezra as Patrick (in a role a long way from ‘Kevin’ in WE NEED TO TALK ABOUT KEVIN), Mae Whitman as indie-punk girl Mary Elizabeth, and Johnny Simmons as Brad, a popular football player with a secret.  Adults don’t play a huge role in the film, but there are some interesting actors portraying them:  Paul Rudd, Joan Cusack and Tom Savini(!), to name a few.

In fact, after I was raised on John Hughes teen drama-comedies, I’ve often wondered what happened to the genre.  Who’s the modern-day John Hughes?  Stephen Chbosky has to make a lot more films if he’s going to reach that stature, but with THE PERKS OF BEING A WALLFLOWER, he’s shown that he’s certainly capable of it.

PERKS will start limited release September 21 in the US.