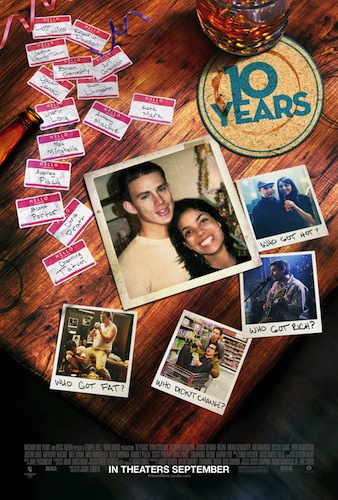 I’m not really sure that high school reunions are relevant anymore. I missed my 10-year high school reunion, but that was also because they didn’t send out the invitations until a month out. (How do they expect people who have moved out-of-state to make those plans accordingly?) But with the advent of Facebook over the years and your ability to connect with those from back in the day with ease, the high school reunion feels pretty extinct. Besides, who wants to get together with those people you hated from high school? Sure, there’s the temptation to see what those assholes are doing with their lives today, but… once again, Facebook. Anyone you seriously wanted to catch up with or were curious about, you’ve managed to track down by now, and if you wanted to get together for dinners or drinks, you set it up with only those you had a desire to see, excluding people you weren’t friends with, didn’t know, or didn’t get along with for good reason.

That makes 10 YEARS a nice slice of old school nostalgia, bringing together a circle of friends from a high school class to reminisce about how things used to be while confronted with the harsh realities of how they are. Featuring a strong ensemble cast featuring Justin Long, Max Minghella, Anthony Mackie, Aubrey Plaza, Kate Mara, Scott Porter, Brian Geraghty, Lynn Collins, Oscar Isaac and Ari Graynor, 10 YEARS puts you in the position to watch a bunch of people essentially hanging out, telling stories from their glory days. There’s a bit of a free-form style to 10 YEARS in that most of these characters aren’t necessarily following any particular story arc for their characters, other than reconciling old feelings and memories or attempting to resolve any regrets. However, there’s such a strong sense of belonging to the film, of watching characters who you swear you know in your real life, that you can’t help but be drawn into their night together. You know the awkward girl who didn’t quite fit in with any cliques. You remember the popular girl who used to always be the life of the party. You recall the jock, the bully, the geek, all the labels and cliques that comprised your high school experience… and, as a result, it’s easy to imagine 10 YEARS showing just about anyone’s 10-year reunion, even yours, because the archetypical characters are all too familiar, mainly because they actually exist. 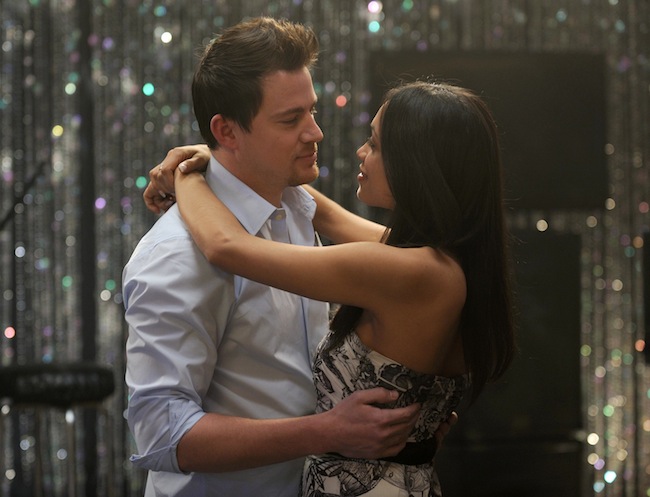 It’s Channing Tatum who really ties the film together as Jake, who takes his current girlfriend and potential fiancée-to-be Jenna Dewan back to his hometown to meet his old friends. Deep down he has some unresolved feelings for his old high school sweetheart, played by Rosario Dawson, and when she makes a surprise appearance, watching them dance awkwardly around the elephant in the room gives the film a bit of emotional depth that a wife learning her white husband used to act black when he was 16 lacks. I think most of us ponder the What If’s of our first loves sometimes, so it is compelling to see such an attempt at closure that could just as easily spark something anew, because you’re not quite sure which path 10 YEARS is going to take.

There are a few interesting ideas dealing with perception as reality and our need to show off for people we used to know but aren’t in touch with anymore with untruths. We want the people we went to high school with to be insanely jealous of what we’ve become, so much so that some will go to great lengths to lie about their current lot in life in a sad attempt to appear successful or, worse yet, still cool. 10 YEARS gives us a sad look at some who clearly peaked in high school and how they react to the live they’ve put together for themselves in what seems like a steady decline for themselves, now that they’re no longer at the top of the heap. Chris Pratt plays a heartbreaking asshole, who is so dead set on apologizing to those in high school he picked on or made fun of or whose lives he made miserable that it comes across as truly pathetic watching a man so incapable of letting go of the past. The thread, one of many, adds a layer of necessary sadness needed to balance out some of the more feel-good moments involving other characters.

10 YEARS may have worked a little better with less characters really getting their moments, allowing the more important or intriguing to have something with a little more meat, but first-time director Jamie Linden is able to keep the pace moving quickly enough that we never feel bogged down in any particular corner of the reunion. We get a sampling of everyone’s experience, which gives a nice well-rounded view of the evening. 10 YEARS is light fare that’s sure to prompt a trip down memory lane to your own high school days, for better or worse… only I’m certain you’ll have a bit more fun hanging with these people for a couple of hours than you would catching up with that douche who used to try to copy off you in freshman algebra.