This weekend, New York International Film Festival 2010 Grand Prize winner Toys in the Attic is back, in a brand new English language version!

Legendary Czech stop-motion animation master Jiri Barta's first feature in over 20 years is described as four parts Toy Story and one part David Lynch, as a group of abandoned toys stage an ambitious rescue of their kidnapped friend.

Set behind the doors of a dusty attic, the adorable doll Buttercup plays mom to a motley family of castaways: the station master Teddy Bear, clay-animated Schubert, and the Quixotic marionette knight Sir Handsome. In this enchanted world every day is a birthday, until a mysterious black cat kidnaps the beloved Buttercup and takes her to the Land of Evil ruled by the villainous Head of State, who commands an army of mechanical, mustachioed insects and an all seeing spying eye. Both a wonderfully spooky children's fairy tale and Soviet-era allegory, Toys in the Attic marks a career highpoint for Barta, who was among the first to raise stop-motion animation to an art form and paved the the way for modern hits like The Nightmare Before Christmas, Coraline, and Fantastic Mr. Fox. 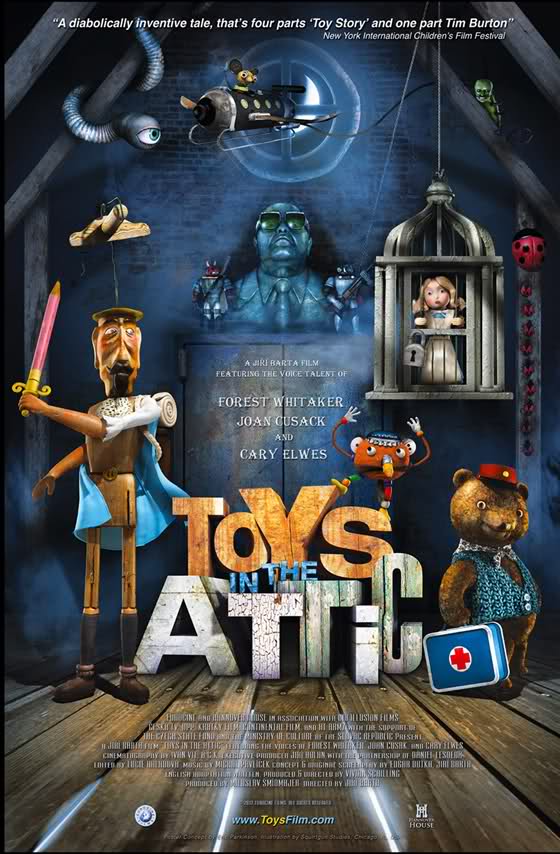