Okay, guys. Here’s the thing. My laptop is still in the shop and I’m going on a little bit of a geek pilgrimage to one of our holy spots and will be without a computer until I get back to Austin late Friday. So, I’m going to cheat with the BTS pic and give you three in one article, covering Wednesday, Thursday and Friday.

So, if you really, really need to have a daily dose, then scroll down reeeaaaalllllyyyyyy slowly. If you have no personal restraint, like me, then check all three out immediately.

To make them all feel like they’re in the same family, I’ve gone ahead and decided they should all be Spielberg BTS images… I already planned a Jaws one for today (I'll give you three guesses why) and… well, let’s just say there’s a reason I’m going with Raiders and Temple of Doom for the following two. More on that in the near future, I promise.

You might have seen the Jaws pic that’s up first. Hell, I think I published it as part of one my 487,008 “I Love Jaws” articles, but I’ve never seen it in this quality, so I’m posting a nice, make-it-bigger-by-clicking version thanks to the kindness of a constant reader.

Here you go, Robert Shaw taking a break from filming his big scene, resting with his costar: 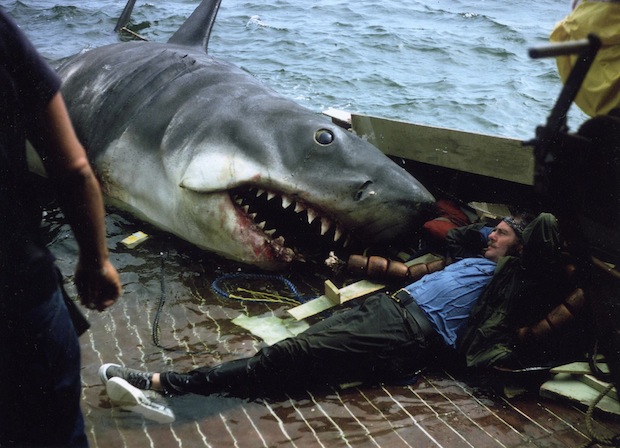 Next up is a shot from the making of Raiders of the Lost Ark, specifically the great matte artist Mike Pangrazio putting some finishing touches on one of the most iconic closing shots of all time. Thanks to the Practical Effects Group for this one! 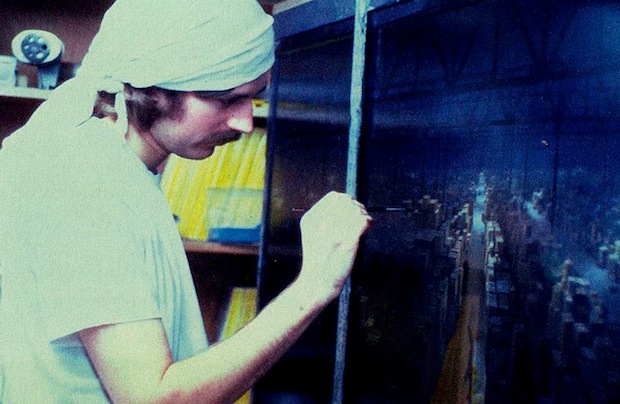 Since I can’t mention Indiana Jones without stepping on my Temple of Doom Is Awesome soapbox, here’s a nice shot from that film to (short) round things out. Apparently, Shorty didn’t like one of Spielberg’s ideas for his fight with the Thugee child-slavers. Looking on are frequent Spielberg collaborators Frank Marshall (I’m sure it’s the angle, but hey Frank… my eyes are up here) and a lesser known producer by the name of George Lucas. Don’t quote me on it, but I think he’s famous for producing Howard the Duck shortly after Temple of Doom. 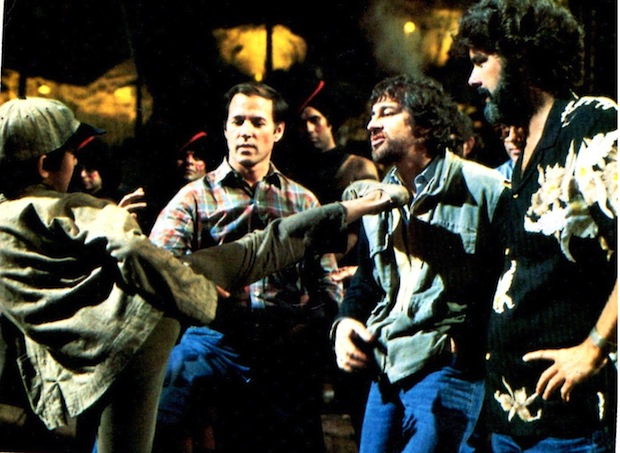 We pick up on Saturday! Y’all come on back, y’hear?