Here's Our First Official Look At Daniel Day-Lewis As Lincoln!

I can't wait for the fall.  Fall is when all the goods really come.  And not many are more anticipated as Steven Spielberg's LINCOLN, covering the last few months of his life before his assassination.  Daniel Day-Lewis is already a tremendous actor, and I can wait to see what he brings to the role.  Entertainment Weekly has our first look at DDL in the role, and it looks impressive.

Says Spielberg, "Lincoln had a very, very complicated – and at the same time, extremely clear — inner life.  He thought things out. He talked things out. He argued both sides of every issue. And he was very careful in making any decision. As a matter of fact, his opponents and his enemies criticized him often for being impossibly slow to a decision.”

Here's the picture of Lincoln, looking thoughtful, and DDL looks like he's not just acting the part, but living it.  LINCOLN opens November, 2012.  Can't wait.  Click to embiggen: 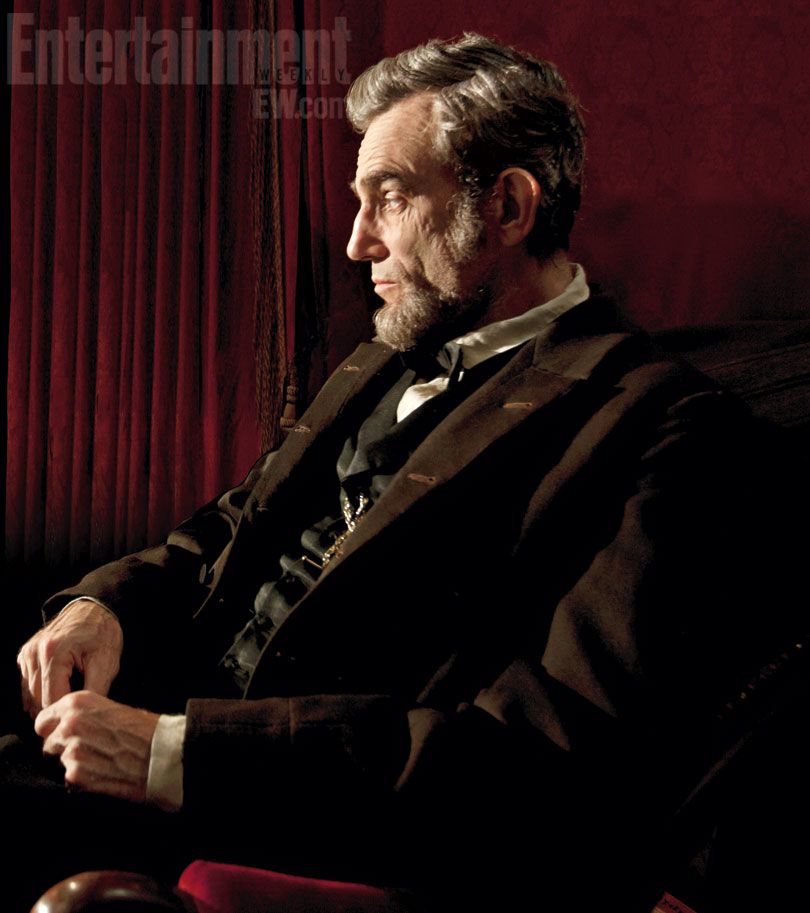