AICN COMICS Q&@: Ambush Bug catches up with Geoff Johns about AQUAMAN, BATMAN: EARTH ONE, GREEN LANTERN, and managing it all at DC!!! 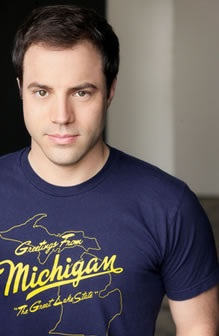 Ambush Bug here. I had the opportunity to sit down and talk with the man with the plan at DC about all of his duties as Chief Creative Officer as well as writer of AQUAMAN, GREEN LANTERN, JUSTICE LEAGUE, BATMAN EARTH ONE, and the SHAZAM backstory running in JUSTICE LEAGUE. Here’s what he had to say…

AMBUSH BUG (BUG): All right, so I’m here with Geoff and I’ve only got you for a few minutes, so I’m going to leave it up to you. What do you want to talk about today?

GEOFF JOHNS (GJ): What do I want to talk about today? Hmmm.

BUG: Well, you have so many projects going on. How about we start off with BATMAN: EARTH ONE. Tell me a little bit about that. I mean, I’ve read it. I really liked it. What are your plans for it? Are you continuing with volume 2?

GJ: Yeah, Gary [Frank] and I started volume 2 already. Volume 2…I think I can talk about it. Volume 2 will focus on the Riddler. No one has really done a huge Riddler story and we wanted to do this Riddler story, but it will continue our takes on Bruce and Alfred, my favorite, Bullock, and Gordon.

BUG: Yeah, that’s a great dynamic between the two of them in the first volume. 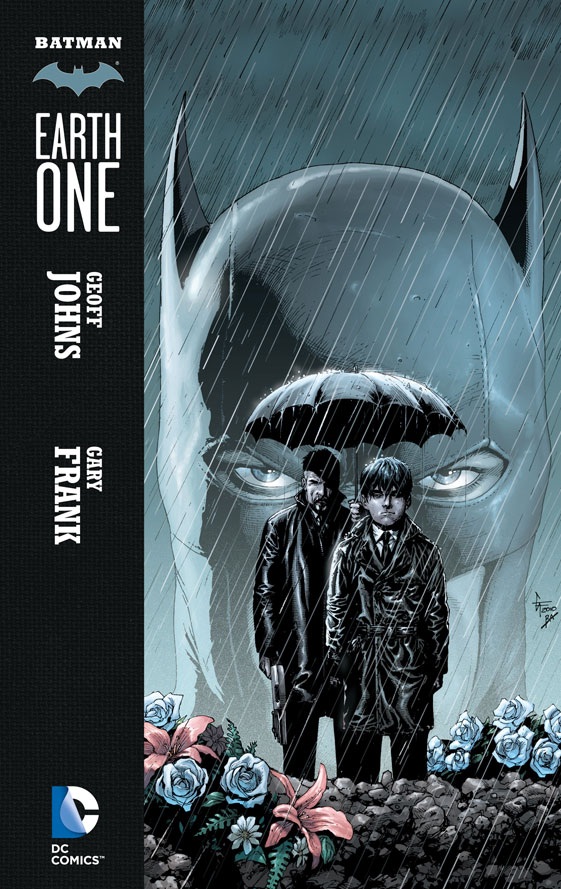 GJ: They are great, and wait until you see what happens to Bullock and Gordon in the next book. The thing Gary and I really love about the book is the human side of Batman and Bruce Wayne and really making it about a guy who is a little obsessed and angry, and it’s very understandable and a little bit at himself as well, and charges ahead and the only person he’s really had in his life is Alfred and that’s a good thing in one hand and in one hand it’s not a good thing, the way this Alfred is. But we really wanted to do a Batman that wasn’t perfect, a Batman that was in fact opposite of that, that was going to miss that jump on the roof top, that was not going to have the gadgets that Batman has. There is no Bat Cave. There is no Batmobile, there’s no Huntress, no anything else, and no relationship with Jim Gordon yet and focus on a guy who is, really if you read the book you know Batman doesn’t really exist until the end of the book. The idea of Batman doesn’t exist until the end of the book, you know? You open that book and it’s just a guy out for revenge. It’s a guy out for justice in his mind and in kind of a wrong way in a city that wont give him any and ultimately the story is about him finding out there’s a different role he should play than the one he thought.

GJ: Well, for me…Gary and I talked a lot about Batman. I’ve never really had the opportunity to really write Batman before…

BUG: You did a great dynamic between Hal Jordan and Batman in GREEN LANTERN. 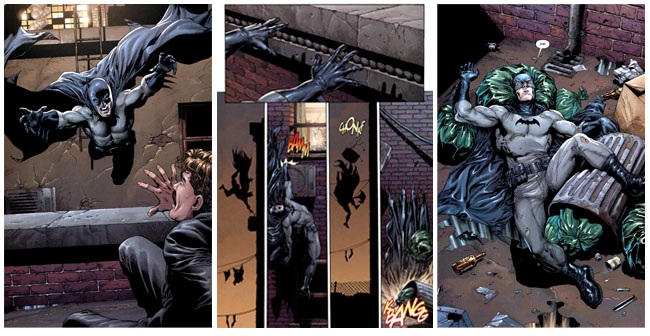 GJ: Thank you. No, I’ve always been able to…I’ve had chances to write Batman with Superman or Green Lantern or within the Justice League, but I’ve never had an opportunity to write a Batman centric story and if I did work on Batman I wanted to work in a… there are so many BATMAN books and I really wanted to work in a universe where I wouldn’t be constrained by ten other BATMAN books and this gave Gary and I the opportunity to really look at everything. Honestly, it’s kind of like what Brian Bendis did on ULTIMATE SPIDER-MAN. He really looked at ULTIMATE SPIDER-MAN and Peter Parker and those first like six or twelve issues are some of the best takes on Spider-Man’s origin I’ve ever seen, because he got into who Peter Parker was and for us we wanted to really get into a Bruce Wayne mindset of, like, how does a guy actually become Batman? How does this guy actually become this good or have this many gadgets? So we just wanted to roll it all back. It’s the same with Jim Gordon, too. He’s not the Jim Gordon we know yet. That doesn’t mean he wont be, though; same with Harvey Bullock. That’s part of the fun.

BUG: Yeah. That’s really cool. You are really well known for what you did with The Flash and making his Rogues Gallery new and fresh and really, really cool. Is there one that you’re just dying to get your hands on of Batman’s villains?

GJ: All of them. (Laughs) I mean, Riddler is the one I’m most into right now, because I don’t think Riddler has ever had that story, so I’m excited about that.

BUG: Is there an influence on the Riddler, like someone who has played him in the past that you’re drawing from?

GJ: No, it’s brand new. It’s completely brand new, yeah. Yeah, we are taking a lot of liberties with this one. 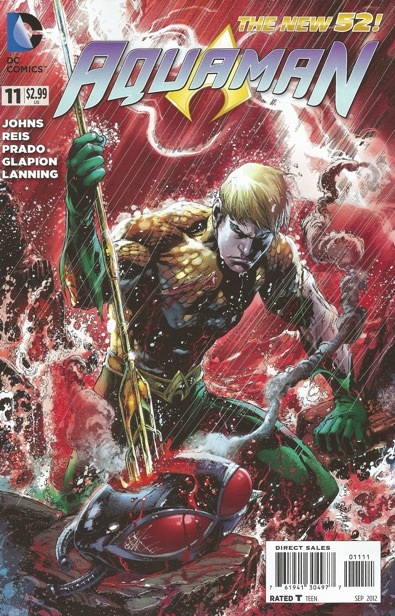 BUG: Okay, well what about some of your other books? Can we talk about those?

BUG: What about AQUAMAN? That’s a favorite of mine. Aquaman has always been a character that I’ve loved and have felt that just has never been handled correctly. I loved when Peter David was writing him back in the day, but other than that that’s the only time I really liked the book, but I love it now. It’s fantastic. What’s it like now that you have brought this popularity to this character? What’s the next step? It seemed like you’ve always liked the character too and wanted to let people know what they were missing.

GJ: This is really what I wanted to do. Ivan Reis and Joe Prada and I, when we got in this book, it was just to make Aquaman a legitimate superhero, address all of the things that people think about him and make him even a better superhero, give him a new past, introduce new characters like the Others. I think there’s a lot about Aquaman that you can explore, a lot of the unknown. He’s just a fantastic character and working with Ivan and Joe giving him the majestic…this majestic hero, giving him a sense of purpose and strength back. It’s not that hard. He’s already a cool hero, you just have to kind of address the misconceptions and then show the truth. So that’s just what we have been trying to do and we are really happy with. The fact that the book is doing so well is remarkable.

BUG: Yeah. He’s always been a favorite character of mine. I guess I liked him because he was so obscure. I know we only have a few more minutes, so let’s skip to GREEN LANTERN. You’ve had these three giant epic, space spanning stories with GREEN LANTERN. Now it seems like it’s calmed down a little bit, but are you preparing for something big coming up? 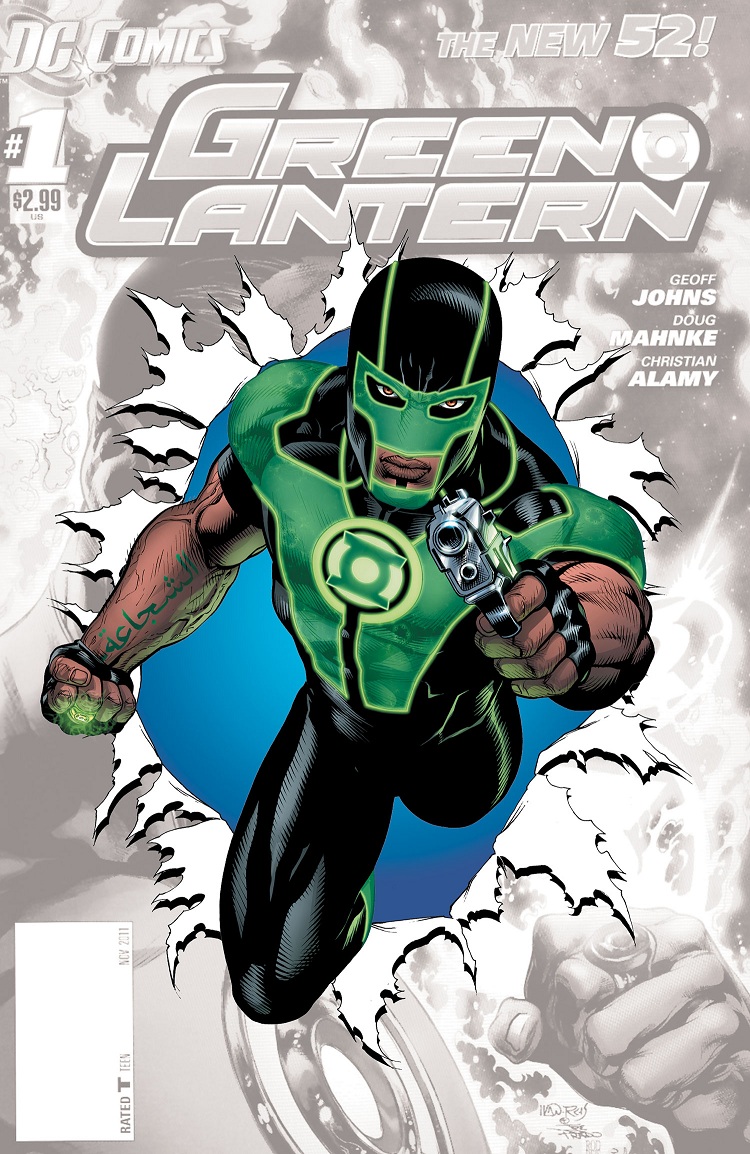 GJ: Yeah, we have. GREEN LANTERN ANNUAL #1 kind of changes the playing field quite a bit and then with #13 we are introducing a new Green Lantern, the first new Green Lantern from Earth since Kyle Rayner. I can’t really get into who he is or the circumstances yet, but he’s not exactly chosen in a very typical way, it’s very atypical which makes him a bit of a wild card. We have a storyline running through all of the GREEN LANTERN books, so you don’t have to buy them all. They don’t’ connect like “part one, part two, part three…” There’s just an event happening in the universe that affects everything called “The Rise of The Third Army” and what that is is the Guardians have always been a little bit on the dodgy side. They create the Manhunters, because they thought emotion was a weakness in the universe and that’s what was causing pain and war and everything else, emotion. So they created the Manhunter police; that didn’t work out so well. The Manhunters destroyed and wiped out a sector before they were stopped. So then they thought “Maybe it’s not emotion that’s the problem, it’s fear. So we are going to create the Green Lantern Corps and they are going to combat fear, because fear leads to mistrust which leads to violence and war.” That didn’t work out so well, because now the emotional spectrum is out there with all of these different colored Lantern Corps. So from their perspective, it’s chaos. They ran this grand experiment and it’s the second grand experiment that’s failed. “We need to create a third army”, and they say “but what is this source of the universe’s problems? What is that element that we haven’t been able to wipe out?” And it’s free will. They say, “We need to destroy free will. Free will is the problem. The fact that beings have a chance to make that choice, that’s a problem” so they are going to wipe that out. That’s their mission. 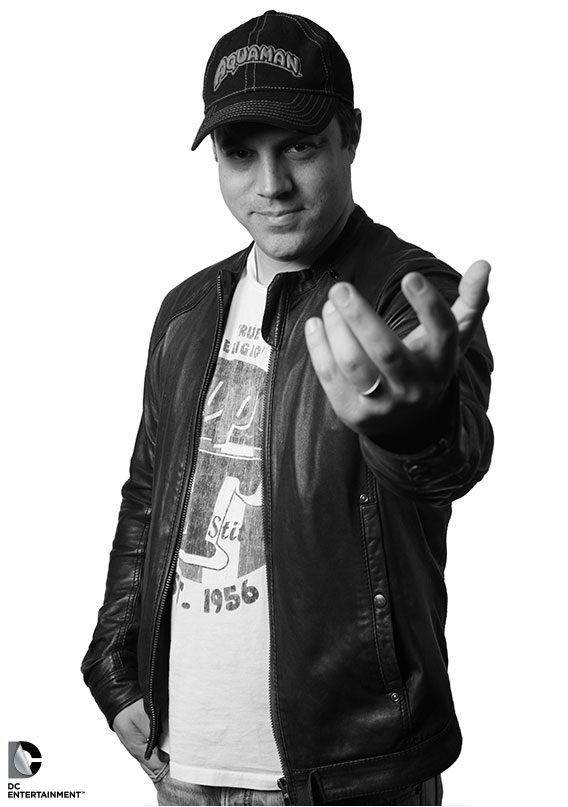 BUG: Aww, man, I can’t wait. Very cool. Well, I just wonder how you do it? How do you keep track of all of the different books you write and keep it all in line and plus also your job as Chief Creative Officer?

GJ: I just love this stuff, so this is all I do.

BUG: I guess you do what you love, right?

GJ: Yeah, do what you love. You know what? That’s actually the best advice anyone ever gave me, “Do what you love and you will be successful.”

BUG: Well thank you so much. I know you’ve got to run, but it was and always is a pleasure talking to you.

BUG: Thanks a lot. You can’t throw a stick at a comic book rack without hitting a Geoff Johns book these days. Check out his regular series JUSTICE LEAGUE, AQUAMAN, GREEN LANTERN, and the new BATMAN EARTH ONE VOLUME 1 on sale now from DC Comics!