Some Shots Of IRON MAN 3 Locations!!

Here is my first and probably last sneak speak of anything worth a damn. Please feel free to edit my report below I'm not a journalist... :)

Robert Downy JR has been filming Iron Man 3 in Rose Hill North Carolina for at least a few weeks. We drove over to where they had a large street in a old small town blocked off. We were able to take a few pictures.

In picture 1 my kids are standing in front of Walkers Bar where Robert filmed a fight in a bar the night before. 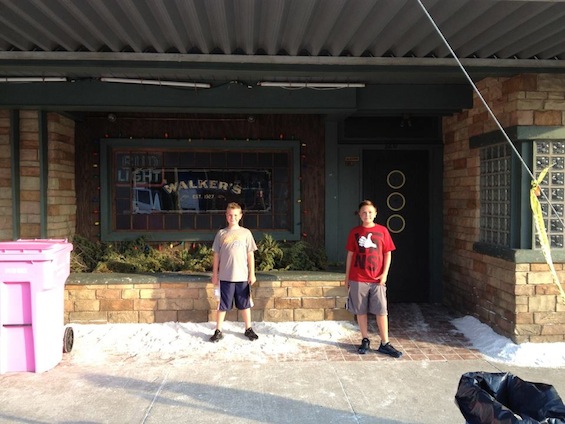 In picture 2 they were setting up a another fight that starts in a dinner and ends up spilling over into the back alley. Notice snow and Christmas decorations It was 103 when we took the picture. In the back of this building there is a Christmas tree lot where a big Iron man fight takes place. At the top of this picture you can barely see a water tower. Seems Iron Man will be thrown into it and the tower falls. One set guys said it would be CG. 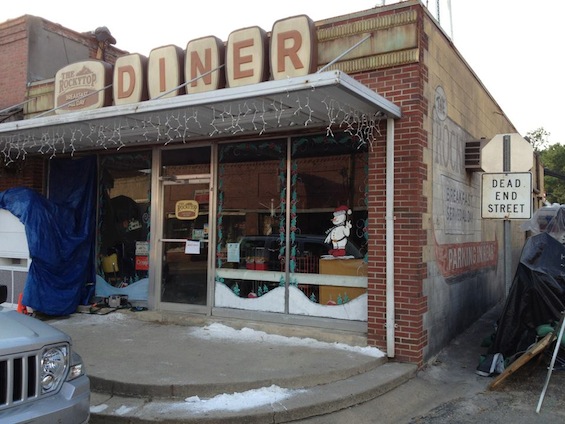 3rd picture is from the Christmas tree lot. This is a AWESOME picture. 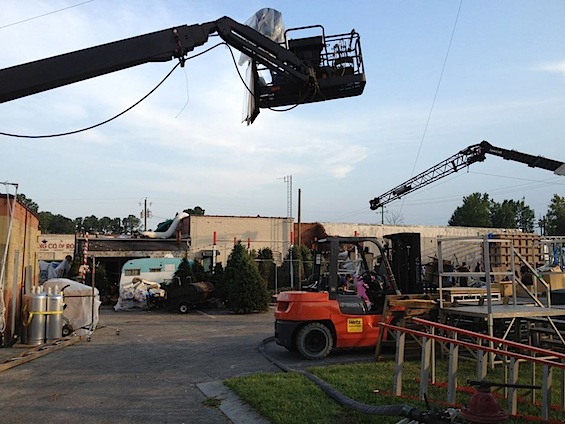 # 4 Its a crater!! Looks like someone got their butt kicked and maybe DIED?? See items all around crater. Memorial? 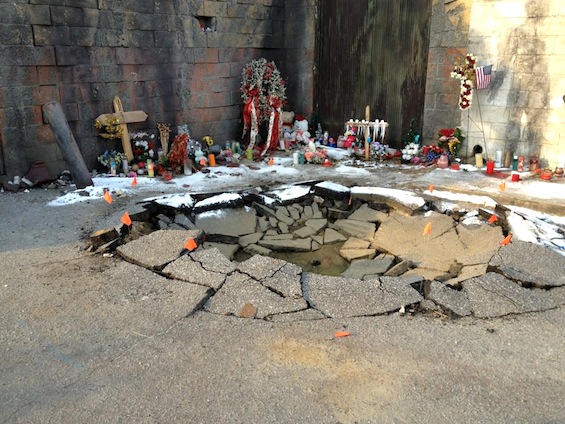 5th picture is the water tower. See Rose Hill on it. 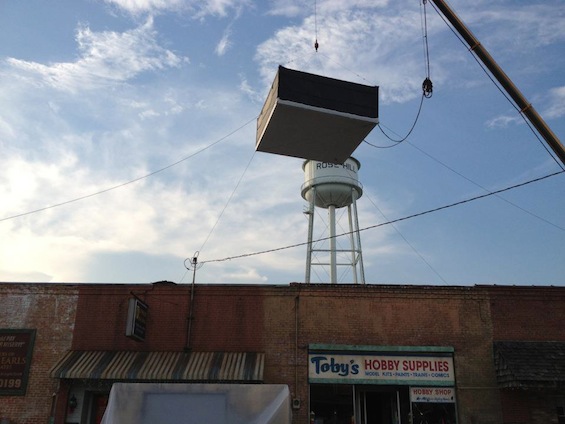