Who will be the next STAR WARS badass that fanboys will worship' Click here, unless you don't want to know!

Hey folks, Harry here. The following comes from a trusted source upon the shores of Japan. I have confirmed who Makiya Yamaguchi is, and the fact that he has left Japan. It looks like this will be the actor to play the new Sith Apprentice. But, here... I'll turn it over to Toshiro to fill you in with the rest. And Toshiro is to be trusted. Here you go...

His name is Makiya Yamaguchi. He is one of Japan's top " Shorinji Kempo" fighters. No acting ability. Hard as a rock, and cocky by Japanese standards.

He left last week for America. His English is pretty broken, so I hope they dub him. Or then again, it could be cool if done right. I hope your readers are happy. 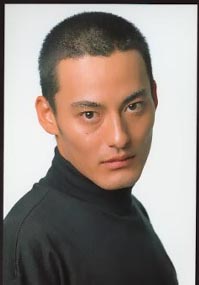 For more information about Shorinji Kempo, I found the following...

Shorinji Kempo refers to the Japanese martial art formed by So Doshin in 1947. So Doshin based this martial art on the techniques he had learnt in his 17 years working in China as a special agent for the Japanese government during WWII. This work had brought him into contact with numerous Chinese secret societies, from which he learnt various Chinese fighting arts. "Shorinji Kempo" is the Japanese reading for the Chinese characters "Shaolin Ji Chuan-fa", or fist-method of the Shaolin Temple, and does not refer to the Chinese martial art known commonly as Shaolin Kung Fu in the West - this is referred to as "Shorin Ken", or Shaolin Fist, in Japanese.