I continuously updated this article as information came out this afternoon. Here's the rundown: 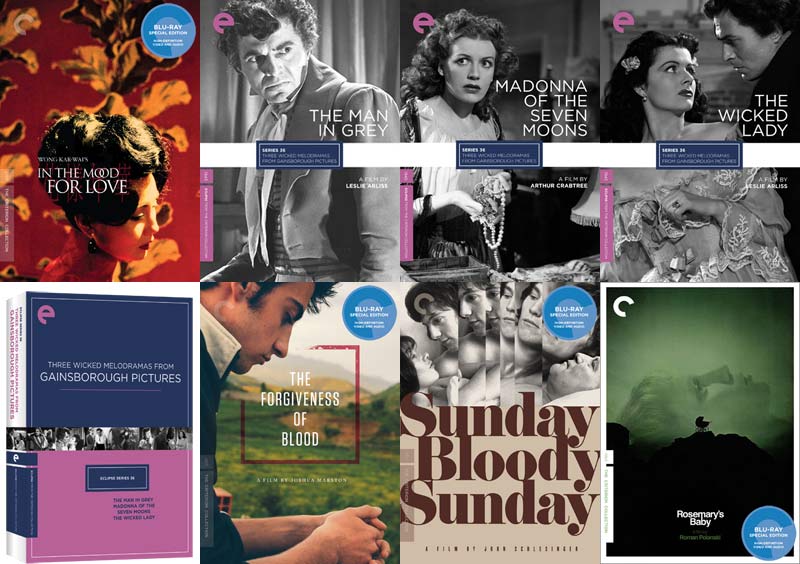 What is kind of...odd...is that the spine numbers at Criterion's site jump from #629 (Sunday Bloody Sunday) to #634 (Rosemary's Baby). Where did the missing spine numbers go...? It would seem to be a comparatively light month.

Just a few minutes ago, CriterionCast's Ryan Gallagher posted an image of alleged cover art for Pier Paolo Pasolini's Trilogy of Life (The Decameron, The Canterbury Tales, and Arabian Nights), an image which has apparently gotten passed around the net this afternoon.

You can get further detail and commentary about October's releases over at Arthouse Cowboy.