“JJ's shows always had fantastic characters but I didn't feel like I got to know these characters well enough for me to fall in love with any of them,” he notes.


I just got back from SDCC, and I was lucky enough to get in on the Revolution pilot. I was actually going to see Mythbusters, which came right after Revolution.

I made it in just as the lights came down so I saw the entire pilot. So here's my rundown and review. I'm terrible with names, so I don't particularly remember the character names. I apologize.

So the pilot starts off with a guy calling two other guys in a car. He's frantic, telling the two that in 5 minutes that everything is going to turn off, and never turn back on again. They seem confused. He hangs up and pulls out this necklace. He inserts what looks like a usb drive into it. Then everything turns off. Its night, or early morning. So we get a pretty nice shot of everything turning off. Then we start seeing planes crash. Title screen.

We open with a shot of a guy trying to teach children history, and about the day the lights turned off. They don't seem to care that much But he's adament. Something strange has happened. He says physics stopped working. He flatly denies that it was an EMP or nuclear strike.

We see the lead actress (blonde) rummaging in the forest with her brother. They find an RV on its side and they start going through it. He opens a cupboard and dust flies out. He starts having an asthma attack. She brings him back to town. He gets treated. The town is made up to look like a farm admist a suburb. Its quaint. We meet Blonde's uncle I think.. I know I'm forgetting a scene here... We see a flahsback scene of the uncle feeding little blonde all the icecream from the freezer since its going to go bad. But for some reason Blonde goes back out into the wilderness. Then Gus Fring rides into the camp. The uncle tells another guy that he's here for him, and gives him a necklace that is the necklace from the opening sequence.

Gus and uncle exchange words. They want him to persuade his brother to come out of hiding (the guy that was driving the car he was talking to in the opening scene). He refuses to go with him. Blonde's brother comes out with a crossbow and threatens Gus, and Gus and his men pull out guns. One other villager pulls out a gun. Gus mentions that its illegal for them to have guns. Someone flinches, and the brother fires the crossbow. Hail of fire and the uncle is shot mortally wounded. Brother is taken instead of Uncle.

Blonde comes home hearing gunshots. Finds her uncle is dying. He tells her she has to find her father, in Chicago. So fat teacher, brunette and blonde go on a quest to find father so that they can rescue brother. Along the way they meat a handsome young lass, with a bow. He's a little mysterious. They camp in a downed plane. Fat man reveals that he used to work at a place called Google.

Cut to brother. He's handcuffed to a wagon. Gus tells him that he used to be an insurance adjustor and knows how to tell if people are lying to him or not. Thats how he survives now. Its a useful skill. He's clearly the number two guy to some guy named Monroe. His army men have an M in a circle branded on their innerfore arm. Brother starts wiggling out screws to a bar that he's handcuffed to. He eventually frees himself and runs away. He stumbles to a house, and a nice black lady takes him in. He awakes in her care, and they exchange a few words. Then Gus comes knocking. He asks her if there is a boy there, she says no. He know's she's lying and walks in. He chases him down and recaptures him. (This plays out in several scenes I'm condensing here)

Back to the plane. They're attacked at night by scavengers or something. Mysterious bow boy saves the day. the four of them make it to Chicago. They go into a bar, and the ask the bartender if they know Blonde's father. After being shifty, he reveals he's her father. He's worried he'll be found by monroe, and that Monroe thinks he knows how to turn the power back on. They say why is this a bad thing? He says monroe will turn the factories on, pump out weapons, and take over the rest of the colonies. Nobody would be able to stop him then. They tell him about his son kidnapped, and he says he won't go help. they go to leave, and he stops Bow boy. He won't let them go with his daughter. He asks why, and he shows everyone that he has a monroe brand on his forearm. He runs away.

Monroe's militia comes attacks the bar, Daddy is a good fighter and fights off a lot of them. His daughter helps. Bow boy eventually helps as well. Its not clear if he's with them or against them (our heroes). Dad says he'll come now, since his cover here has been blown.

Cut to black woman who took in brother. She walks into a room in her home, opens a secret passage, and sits down at what looks like an old computer. She opens up a necklace identical to Dad's necklace. The computer comes on. A light is on in the room. She writes that the militia came. Someone else types back if they found the computer, she says no... What should she do now? the person writes back wait.

Flashback. We see Dad and his passenger on the freeway as the lights turn off. They start walking. They arrive at a military base. He shows ID and is cleared entrance. His passenger starts walking in. The Guard stops him. He says he doesn't have his ID with him. they say they won't let him in then. Frustrated he says his name is Monroe, and shows a tattoo of an M in a circle on his forearm. The guard nods, and allows him to pass. Dad and Monroe walk into the military base. end pilot.

I'm pretty sure I'm getting some details wrong here, but thats the gist of the pilot. the producer said that the show was to be epic in scope, and that it would have the characters going around the country.

I have to say I was a little underwhelmed by the pilot. I'm a big JJ fan, but this pilot didn't get me going. It is much less mysterious than Alcatraz, but I hesitate to say, that it might have less loveable characters.

It clearly is an ensemble cast, kind of like Lost, but the pilot doesn't serve the characters like Lost did.

JJ's shows always had fantastic characters but I didn't feel like I got to know these characters well enough for me to fall in love with any of them. Maybe I need to spend some more episodes with them...

But I didn't really care about brother being kidnapped. The only character that really stood out was fat guy, but only because he was comic relief.

Frankly, I thought the best part of the the premise of the show was skipped over.

15 years after the lights go off, is far too long.

People have adjusted to the apocalypse. The months after the lights go off would be interesting. People struggling to survive and adjust...

But for everyone in the show, this is their reality, and its pretty much the norm of life. So the show is mostly about getting the lights to turn back on, and the political intrigue behind monroe and dad, and the quest to reunite this family. 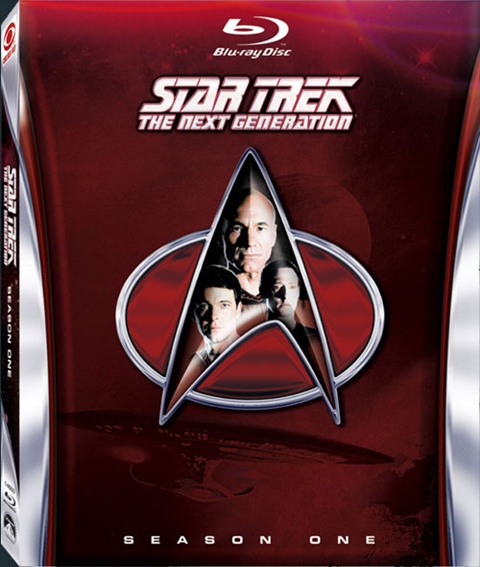 Blu At Last In Nine Days!!