MAD MAX: FURY ROAD Is Shooting!! And Here Are A Few Pics From The Set!!

We may be updating this piece as it's a tad unclear where the following images originated from (i.e. were they posed directly to the SSH forums, or nabbed from some other place and re-posted there).

Whatever the case, we wanted to share some pics from the set of the new MAD MAX film - FURY ROAD - which'll find Tom Hardy assuming Mel Gibson's Max Rockatansky role in a movie which appears to be set shortly after the events of BEYOND THUNDERDOME.  Based on our admittedly sketchy understanding of the film's "plot" so far, it seems the picture is hinged on five women - "The Five Wives" - for whom getting from point "A" to point "Z" is somehow critical.  Their convoy is attacked in the wastelands by post-apocalyptic scumbag assholes, and Max comes to the rescue.  The rest, well..you can pretty much imagine.

Very eager and interested to see how Hardy spins the Max character here, and I was also very happy to learn that Miller, essentially, never stopped prep on his new MAX projects...even though they were famously delayed and thwarted for years.  I.e. this doesn't appear to be a case of someone developing a project and waiting to get it made.  It appears to be a matter of refining and improving the effort when setbacks afforded The Powers That Be more time. The results?  We'll see when FURY ROAD roars onto screens...whenever. 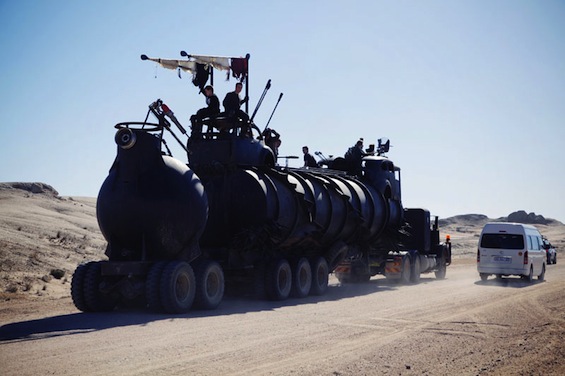 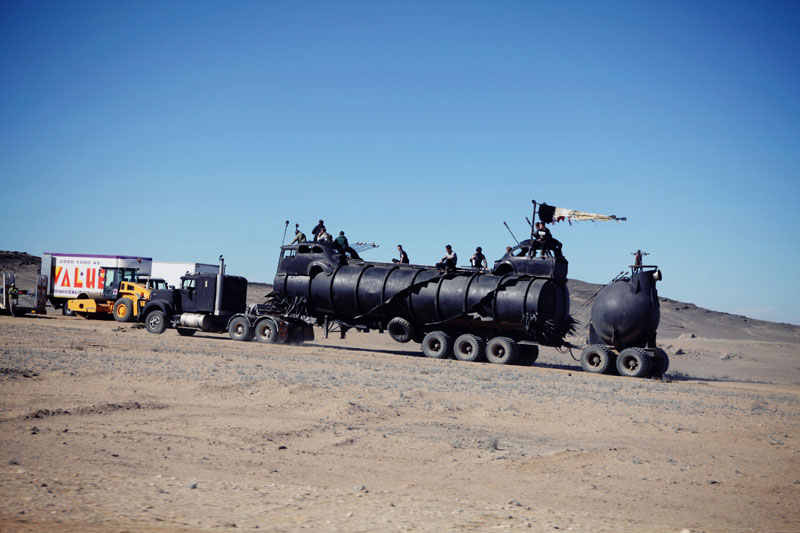 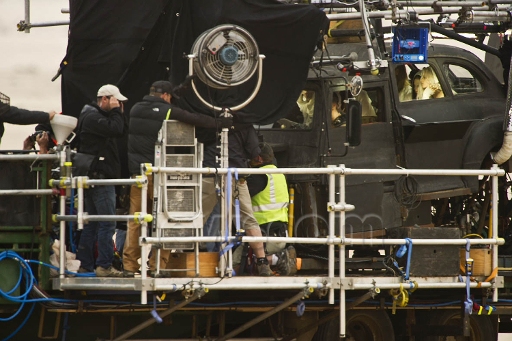 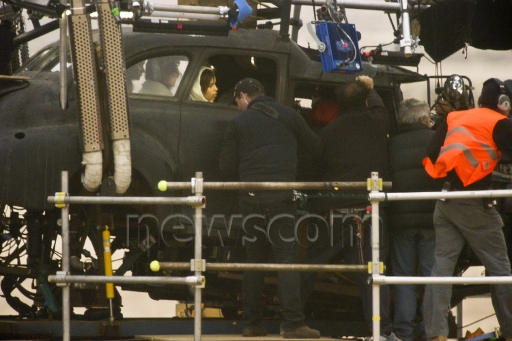 So, I'm assuming we're looking at the "Wives" in these bottom two pics - and that the vehicle body they're riding in is attached to the larger rig pictures above (on top)?  Maybe?  And why do I have a feeling that semi is going to be replaced by some sort of hell-truck contraption via CGI?  I don't know this...just a hunch...

You can find more images HERE!