Jurassic Park 4 is back in development with a pair of nifty writers onboard!

Ahoy, squirts! Quint here. Jurassic Park was a turning point for me as a young movie fan. The film can be enjoyed by people of all ages, but being a 12 year old boy and seeing that film opening weekend, amidst the insanity of the sell-out crowds and the genuine happy enthusiasm that comes with them was kind of the perfect mixture for a first viewing. It knocked me flat. The sound design, the filmmaking, the amazing effects, the whole new world introduced to us by Spielberg and his team took an already film obsessed kid and pushed him headfirst into geekhood.

The Lost World is fascinating, but a horrible trainwreck and Jurassic Park 3 is somehow both fun and TV-movie feeling. I think there's still room for a great sequel shepherded by Spielberg... They've tried to get a fourth film up a few times over the last half-decade or so and now it looks like they're at it again.

Deadline is reporting that writers Rick Jaffa and Amanda Silver have been hired to pen the fourth dino-riffic film, which is actually great news. They recently wrote Rise of the Planet of the Apes, which somehow survived being produced by Tom Rothman and made it to the screen in top form.

No word on what their pitch is, but I'd imagine the John Sayles Dino-Riders style dinosaur war machines version is off the table.

The secret's going to be giving us characters we give a shit about again. The strength of that first movie was how great everybody bounced off each other. That and practical Stan Winston awesome animatronics mixed with CG... in a perfect world they'd team up with the Walking with Dinosaurs guys and give us something truly extraordinary.

Anyway, that's the news. Good foot to start off on, no? Now lets see who they get to direct (please say Neill Blomkamp)! 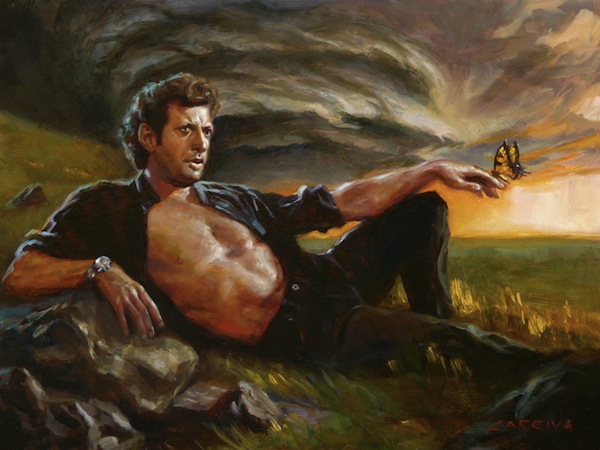