Samuel L. Jackson Will Buy That For A Dollar, Motherf**ker! 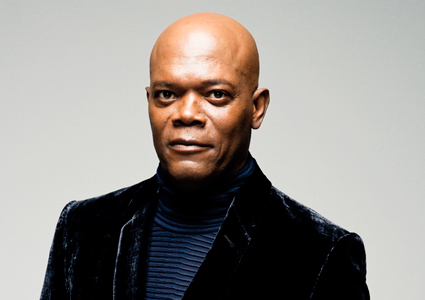 So we have Gary Oldman, Joel Kinnaman, and now Samuel L. Jackson has joined the cast of Jose Padilha's remake of ROBOCOP, according to Hollywood Reporter.  Jackson will play Pat Novak, a "charismatic TV mogul and a powerful force in the Robocop world."  Considering how much television played a part in the original movie, I'm sure Padilha's movie will have even more commentary about it in his version.

Who will Jackson play, a journalist, or a talk show host?  I'm assuming the latter, and I'm wondering if ROBOCOP's catch phrase will sneak its way into the new film.  So far, I like that this ROBOCOP seems genuinely different from the original, and as long as they honor the satirical aspects and Padilha makes it his own, I'm happy.  The original ROBOCOP isn't going anywhere, and so far the casting is intriguing enough to keep me interested in what Padilha does with it.