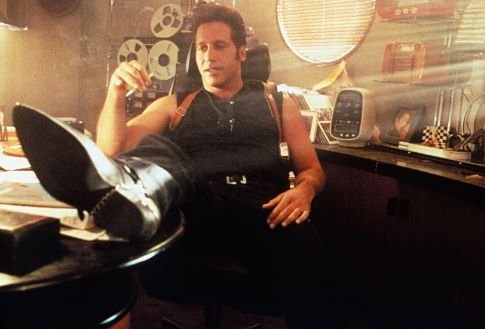 Woody Allen? I fucked him. Ohhhhhhh!

It's news that puts a song in my heart - and that song is Billy Idol's "Cradle of Love". Infamous shock-comic Andrew "Dice" Clay has joined the cast of Woody Allen's untitled 2012 project, which means the Diceman could possibly be sharing the screen with the likes of Cate Blanchett and Sally Hawkins (hopefully as a love interest)! This could be his Oscar!

Also joining the film is the brilliant Louis CK, who recently paid tribute to the opening of Allen's MANHATTAN in an ad for the third season of LOUIE. Though we won't know for a while what the film is about (Allen typically holds back details until he's finished shooting), I wouldn't be surprised if CK has been cast as an Allen surrogate ala Larry David in WHATEVER WORKS, John Cusack in BULLETS OVER BROADWAY, etc. Dice may be an out-of-left-field choice for a Woody movie, but CK seems like a perfect fit.

Also in the film: Alec Baldwin, Peter Sarsgaard, Bobby Cannavale, Max Casella, Alden Ehrenreich and Michael Emerson. It will be Allen's first film shot in the U.S. since MELINDA AND MELINDA, and his first to be at least partially set in San Francisco since his directorial debut, TAKE THE MONEY AND RUN. Allen also plans to shoot in New York City.