Cutting to the chase...

THIS article over at SuperHeroHype reveals that Iron Patriot will appear in Shane Black's IRON MAN 3 movie.

Meanwhile, over at What Would Tyler Durden Do, you can catch a few pretty good spy shots offering supporting evidence of Iron Patriot's appearance with James Badge Dale donning the armor. 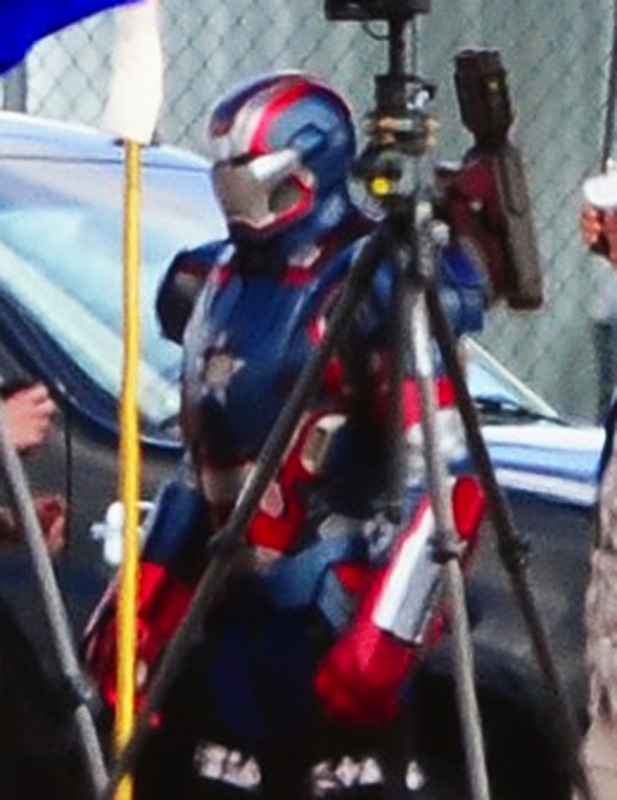 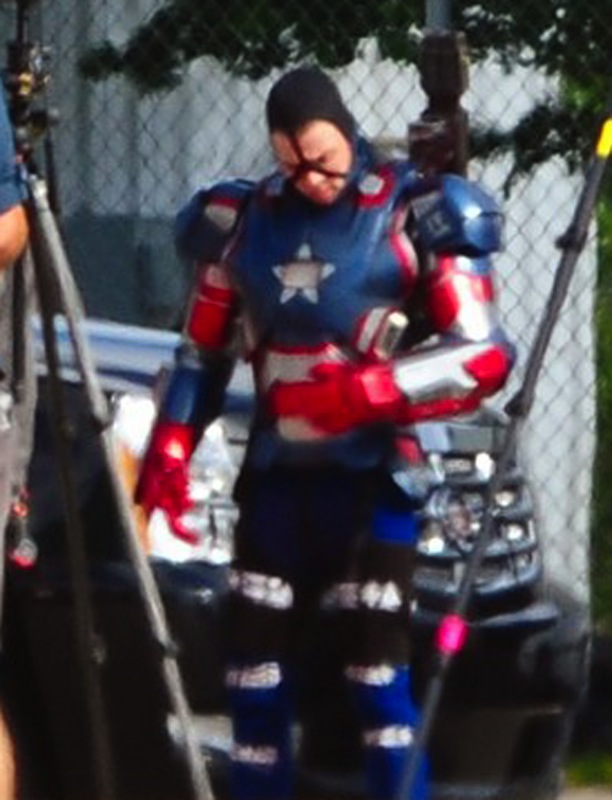 From one IRON MAN 3 spoiler to another, if you're trying to stay away from potential story points and character inclusions for IRON MAN 3, then you're better off turning back now. However, if you just have to know now, then read on.

With these images of James Badge Dale on the set as the Iron Patriot, that creates a lot of confusion as to just who is going to be part of IRON MAN 3 and to what expect, especially since Dale was cast as Eric Savin who eventually becomes Coldblood, never Iron Patriot.

In fact, it was Norman Osborn (after the Civil War, in the post-S.H.I.E.L.D. world where HAMMER replaced it) who was. But we can't see Norman Osborn in the Marvel Movie Universe unless Sony is ready to give special permission for his use outside of the Spider-Man Universe, which is highly doubtful at this point... so that means perhaps Savin may begin as Iron Patriot before somehow being turned into Coldblood later in the film. How could that happen?

Latino Review insists that Ben Kingsley is going to be The Mandarin... no ifs, ands or buts about it. Regardless of what Marvel wants to say, that's the role he's going to play, but he'll be more of an over-arcing character in the background while Guy Pearce's Aldrich Killian is center stage as the villain. That  still allows for Coldblood and Firepower (Ashley Hamilton) to get involved, but damn if that doesn't sound like a shitload of villains for Tony Stark to take on in one movie.

This is sounding less and less like a firm follow of the Extremis storyline, as only select elements from it are picked and chosen.