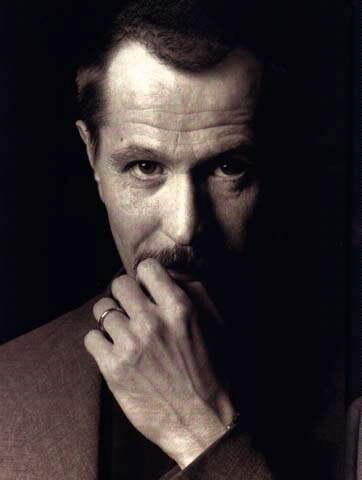 I'm very interested in Jose Padilha's take on the classic Verhoeven movie, because I don't think it's going to be note-for-note like everything we've seen from TOTAL RECALL, for example.  Padilha is an incredibly talented director who makes political movies that remain extremely entertaining without the message overpowering the medium.  I'm certain his ROBOCOP will be just as political and relevant as the original movie.

To top it off, he's cast Gary Oldman in an integral role, according to Hollywood Reporter, and it's not a role from the original movie, which tells me that Padilha is changing enough of the story to make it his own.  Oldman will be playing Norton, "the scientist who creates Robocop and finds himself torn between the ideals of the machine trying to rediscover its humanity and the callous needs of a corporation."  So Oldman may serve as the movie's conscience, perhaps?  It's also nice to know that Padilha isn't eschewing the whole corporation angle from the original.

I'm sure that people will still balk at the idea of remaking ROBOCOP, but I think it's in good hands with Jose Padilha and with this bit of casting, it's obvious that the filmmakers are taking the classy route.