Quint has a theory about a certain spoilery plot point in The Avengers he wants to share...

Ahoy, squirts! Quint here. I think enough time has passed since the release of The Avengers that I can open up a discussion about a certain plot line that has been occupying a little space in the back of my mind since seeing the film.

This is a spoilery pondering, so if you somehow ignored the big red box around this article’s headline consider this your last warning that you may not want to continue if you happen to be one of the 27 people left in this world that has yet to see The Avengers.

There were a lot of surprises in Joss Whedon’s The Avengers. The stinger at the end, promising an even more epic Avengers 2, is one. Mark Ruffalo’s low-key, but fantastic turn as Banner (and, it should be noted, the Hulk as well since he mo-capped every bit of “The Other Guy”) is another.

One surprise that wasn’t so pleasant was the death of key figure in the Marvel universe. It’s a great moment, the character in question gets to show amazing heroics and even a little humor in the face of a painful passing. His death means something and caused gasps in both screenings I’ve been at.

But something has been gnawing at the back my mind since seeing this moment, so I’d like to vocalize it, if I may.

I don’t think Agent Coulson is dead and, further, I don’t think it should be looked at as a cop out should my theory prove to be correct. 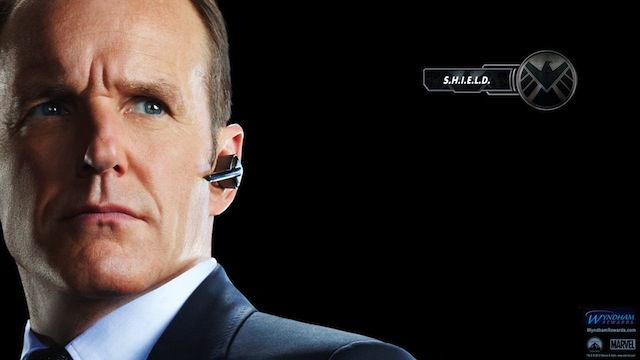 Forgive me if this is something that has already been discussed ad nauseam in the talkback and the overall geek community. I have not seen such discussions, but I admittedly haven’t been looking very hard.

Let’s take a step back and look at his big scene. It has everything a great death scene for a beloved character should have. Loki becomes even more horrible for killing Coulson, long described as Marvel Films’ “glue,” his death means something to the story and Coulson gets to go out packing a wallop with that big ass gun he dug up. He gets his moment and doesn’t go out like a bitch.

In fact he believes in The Avengers so much that his final words are about his sacrifice finally getting them to work together as a team, one final moment where he gets to be Marvel’s glue.

On the surface, it’s a noble death and seems pretty damn final. There’s no doubt in my mind that Agent Coulson slips away before the medical team gets there.

So, why don’t I take this scene at face value? It seems pretty evident he dies, right?

What makes me question it isn’t that whole sequence, but something that happens later in the movie. It’s those bloody Captain America cards that give me pause. Nick Fury uses them as a symbol to give our mourning group of superheroes the push that Coulson hoped his death would achieve, to make them put their egos aside and come together as a fighting unit.

The trouble is Fury is fudging the truth a bit here. Agent Hill informs us that those cards were not in Agent Coulson’s pocket, but in his locker. Fury decided it wasn’t enough that Coulson died at Loki’s hands; that Fury needed something to underline his sacrifice, something that reminded both Tony Stark and Steve Rogers at what was truly lost when Coulson died. Phil Coulson wasn’t just a good agent, but a good soul, an enthusiastic fan and someone who had total faith in this team solving the world-threatening problem facing all of humanity.

Here’s the rub: If Fury was willing to tell a little lie to manipulate his bickering team of superheroes, what makes us think he wouldn’t tell a bigger one? 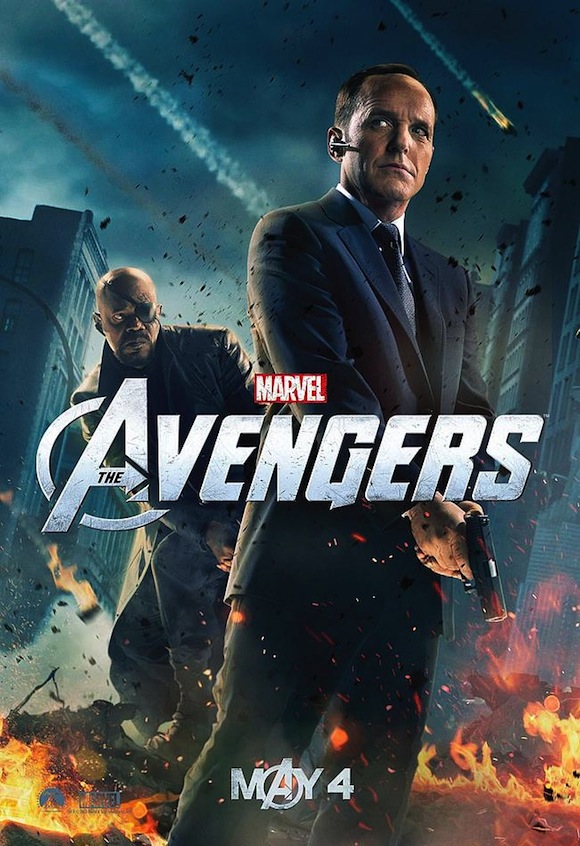 Think about it. Coulson slipped away right when the medical team got there and everything that follows we don’t see. We have to take it on Fury’s word that the medical team couldn’t save him.

Let’s ignore the fact that we’re in a comic book world where almost any death can be reversed. This cloaked hovering battleship is top of the line tech. SHIELD itself has every resource at its disposal, seemingly unlimited funds and access to just about any piece of tech known or unknown by mankind.

It’s not out of the realm of possibility that this medical team has resources they’d need to save a man punctured through the chest.

We know that good ol’ Phil wasn’t hit in the heart or else he wouldn’t have lived long enough to blast Loki through the wall and tell Fury to make his death count. So he most likely had a punctured lung. Granted, he’s not going to be feeling very good, but it’s a survivable wound, especially if a crackerjack medical team with a state of the art sick bay at their disposal were there within minutes of the wound being inflicted.

For the sake of argument, say I’m right and Agent Coulson pops up in Iron Man 3 or The Avengers 2 with a sheepish smile and an apology for not being dead on his lips. Wouldn’t that negate the impact of his sacrifice in The Avengers?

I’m very critical of cop outs in storytelling. It’s a huge pet peeve of mine. If you make a big decision and don’t stick to it I’m the first one that gets pissed off about it. After years of swearing off Marvel comics the Civil War storyline brought me back. Shit was going down, shit they couldn’t walk back like Spider-Man revealing his secret identity to the public.

I naively started to become invested again, spoiled by Robert Kirkman’s Walking Dead books that might tease a little bit, but never seem to have any problem committing to their bigger decisions. Then what do they do? Pull some Mephesto rewriting of history shit right after The Civil War is over and that was it for me. They couldn’t even give Peter Parker being outed a year. Then Cap came back to life and I was done with these books again.

If there are never any consequences, then the drama doesn’t work and I can’t invest in a story emotionally. When I first began to consider that Agent Coulson might not be dead my initial reaction wasn’t pretty for just those reasons.

However, the more I thought about it, the more intrigued by the idea I became. Instead of seeing it as a cheap emotional cop out I began to see it as a weakness in the Avengers as a team.

If the series follows Star Wars, Lord of the Rings and just about any definition of the three act structure, Avengers 2 is going to be a darker film. The heroes are going to be going up against a ruthless adversary in Thanos, they’re going to be tested as a group like never before. Their strength is in being united, however the seeds of distrust are already being sown in the first film with Fury hiding SHIELD’s development of Hydra/Tesseract-inspired weaponry.

I don’t think that deception is quite group-splitting enough, especially since it’s clear that Fury was doing everything in his power to keep the council from unleashing weapons of mass destruction.

However, deceiving the group, making them all think a good friend had died in order to manipulate them into doing what he wanted would be a huge blow to their already shaky trust in Nick Fury.

This deception opens up some really fertile, dramatic ground for The Avengers to deal with and, in a way, is even more interesting than the stakes having been raised by Coulson’s death.

That’s why I wouldn’t view it as a cop out if my theory pans out. If it was all set up to explore the impact of distrust within a combat unit when they can’t trust their commander, then I think it could be worth the deception by Whedon and Co. In a way, Fury would have betrayed us, the audience, as well, which makes us immediately empathize with Stark and Rogers, who would be the most furious at the manipulation.

Or maybe I just love Clark Gregg’s portrayal of Agent Coulson too much and am in a state of denial, pulling at straws no matter how flimsy to give me hope that I’ll see Phil Coulson on the screen again.

Time will tell, but I wanted to throw that out there, get it out of the ol’ brainpan so I can stop obsessing over it.

Maybe I’m wrong. Coulson could be truly and permanently gone and that’ll be okay because his death wasn’t wasted and it was executed extremely well by Whedon and his crew. But maybe I’m right… just maybe… 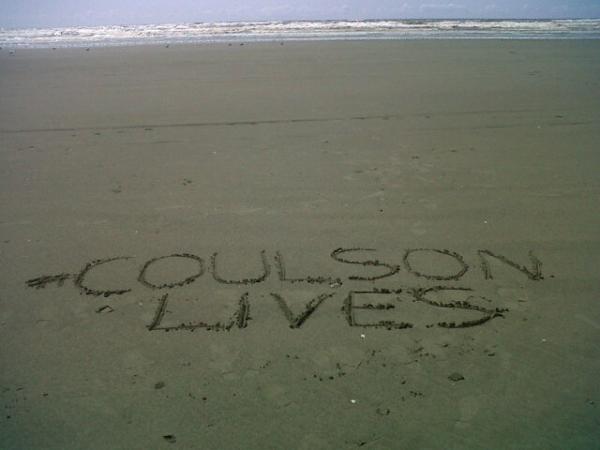