Ain't It Cool Debuts One Of Twelve New Posters For THE EXPENDABLES 2! Of Course We've Got Sly!

Thanks to the folks at Lionsgate, Ain't It Cool News is proud to present your first official look at the Sylvester Stallone/Barney Ross character poster for THE EXPENDABLES 2. Behold! 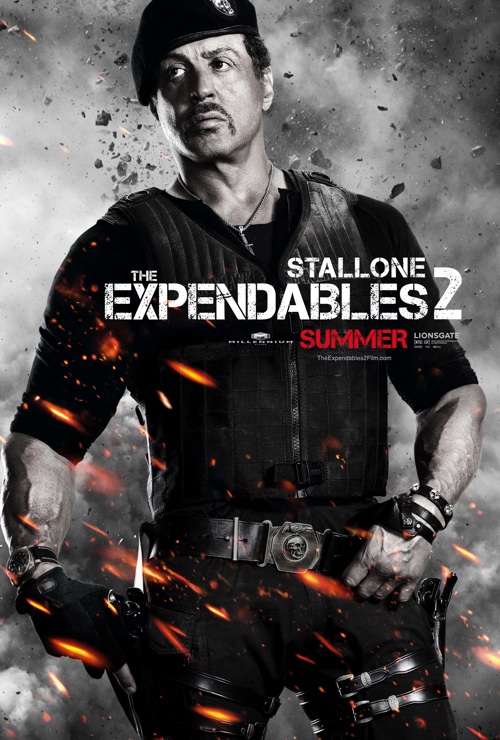 For a look at the eleven other posters, here's where you need to go (adding the links as I get them):

If someone wants to make a thirteenth featuring Paulie's robot, I'm not going to stop you.

There's been nothing but positive buzz coming out of CinemaCon regarding the new EXPENDABLES 2 trailer. Hopefully that'll be online soon.

As you well know, THE EXPENDABLES 2 opens theatrically on August 17th, 2012. For more, visit the film's official site and Facebook page.