The Behind the Scenes Pic of the Day can’t fight in here. This is the War Room!

Did you know that Stanley Kubrick’s Dr. Strangelove originally ended with a pie fight? Sure you did! You’re all good geeks. The original ending has long been discussed by Kubrick geeks, but not much has come out from the filming of this silly ending in which the war room literally erupts into a food fight.

Kubrick called the original ending “a disaster of Homeric proportions,” but damned if I don’t want to see it… just like I want to see that original tag on the end of The Shining that some New Yorkers almost got to see.

While I don’t have the full scene to share, I do have a couple nice images from the filming of this scene, featuring Stan the Man preparing to launch a creamy missile (that sounded dirty, forget I said that) and George C. Scott laughing at the absurdity of it all! Enjoy! 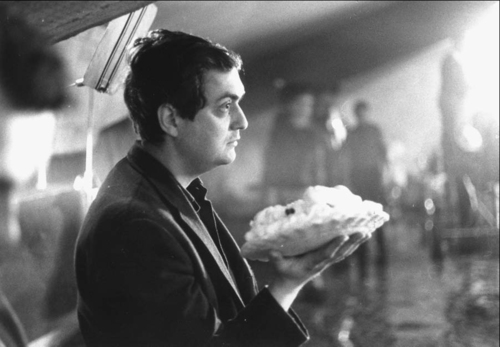 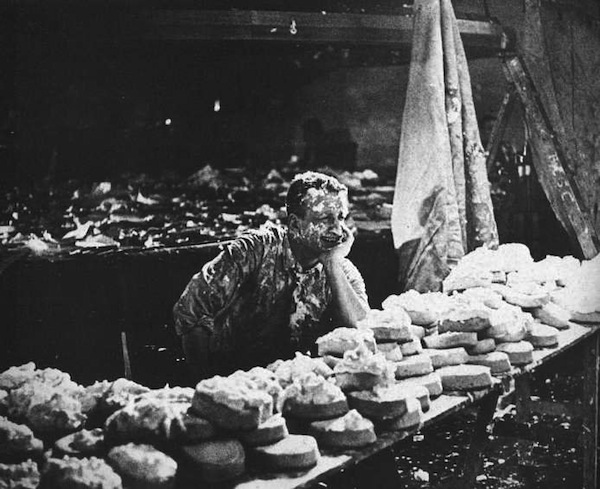 Tomorrow’s pic is not Roger!