Quint gets an update on BIOSHOCK and HIGHLANDER from director Juan Carlos Fresnadillo!

Ahoy, squirts! Quint here, fresh out of an interview with Juan Carlos Fresnadillo for his Clive Owen thriller INTRUDERS which premiered last night. Being the uber-dork that I am, I brought up two projects he’s attached to: Bioshock and Highlander.

There’s some interesting info there and I wanted to share them with you in advance of the full interview posting the week of release (March 30th).

I’m a huge Bioshock fan and I think of all the video game movies being talked about Bioshock stands the best chance of working as a cohesive movie. I just want to see a movie set in Rapture, the underwater art deco rundown city.

So, here’s what Juan Carlos Fresnadillo had to say about where Bioshock is, how likely it’ll be made, how likely he’ll be attached to direct when that decision is made and what he’s doing with his reboot of Highlander. Enjoy! 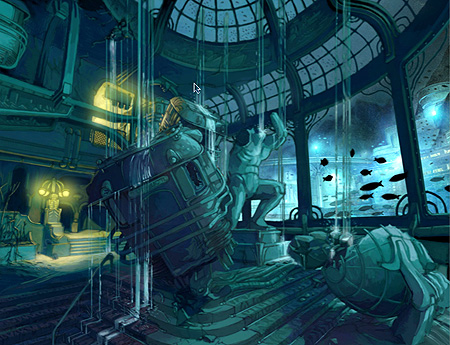 Quint: I would be remiss in not bringing up Bioshock, because I’m kind of obsessed with that game.

Juan Carlos Fresnadillo: Yeah, me too. You know, there’s a problem with the video game… well, it’s not a problem. The thing is, Bioshock is super complicated, it is a very high budget movie. Obviously, the studio doesn’t want to make a big budget movie with an R (rating). And it has to be an R.

Quint: Yeah, if you’re going to do the game justice you need to keep that rating.

Juan Carlos Fresnadillo: So, that’s the problem, I think, that the video game and the studio are trying to make an agreement about.

Quint: Would you still be involved if they do come to an agreement?

Juan Carlos Fresnadillo: I don’t know, to be honest. It was a very interesting experience to work with Gore Verbinski developing the story a bit and to pitch with the video game. I learned a lot about Hollywood and this kind of project, but I don’t know.

Quint: I did a Rango office visit and I was talking to Gore’s producer…

Quint: Right. He was telling me what Gore’s vision was for the movie, that he wanted to build Rapture from the ground up as a set. I was drooling as he was talking to me about it, I was drooling. To see Rapture realized as a giant set would be incredible. You’d need something real for the actors to walk around in to ground the reality. It just wouldn’t work if it was people walking around in a green room. Were you leaning more towards the real set builds as well?

Juan Carlos Fresnadillo: Yeah, me too, but I would say… keeping in mind that the cost was one of the problems I would recommend to combine realism with good and special CGI. The most important thing is to make it feel like a real thing and I think you could do that with a good DP and a very real concept of the camera.

That was something I proposed from the beginning, (for it) to work as an experience, you know? From the very beginning to the very end tracking the point of view of the hero of the story, going with him.

Quint: Which in and of itself provides a challenge because you’re adapting a video game. You’re translating from a medium where each and every audience member is the main character in the story. The story in Bioshock is actually pretty good, I love the twists “would you kindly,” etc. But there’s not really an identifiable lead because it’s you!

Juan Carlos Fresnadillo: Right. You have to create a personality and the proper character to track that. But, you know, it’s a project that is on hold right now, so I’m not paying too much attention to that. Right now I’m so keen (for) another project, which could be my next movie, which is Highlander.

I think it’s a very interesting reboot because I think the concept is so solid and very epic, which is something that I really love, so let’s see if we can continue working on that. I think it could be my next movie.

Quint: The original is iconic in its own right, but I think the sequels have kind of tainted the original a bit. I mean, it does have it’s hammier moments, especially with Sean Connery, but there’s a great dark tone to it. They took it seriously. What tone do you plan to strike with your reboot?

Juan Carlos Fresnadillo: Again, I think it’s about following the character. I would love, if we make the movie, to feel the immortality. Immortality is a curse and I would love to feel that. You are overcoming time, but you see at the same time that the most beautiful things, the things that you love, are dying and you continue this life as a tragedy. You can’t love with anyone because you’re going to lose that person.

I would love to introduce that flavor in a very strong way in the movie and at the same time the big connection with the Universe. “Why am I immortal? Why am I the chosen one?”

In that sense, the movie is an epic. I think it’s some kind of adventure romantic story about somebody who trying to share in his immortality with someone. I don’t want to reveal more than that, but there is a new revelation in the movie that is connecting with that in a very deep and strong way. If we make it, I hope you enjoy it! 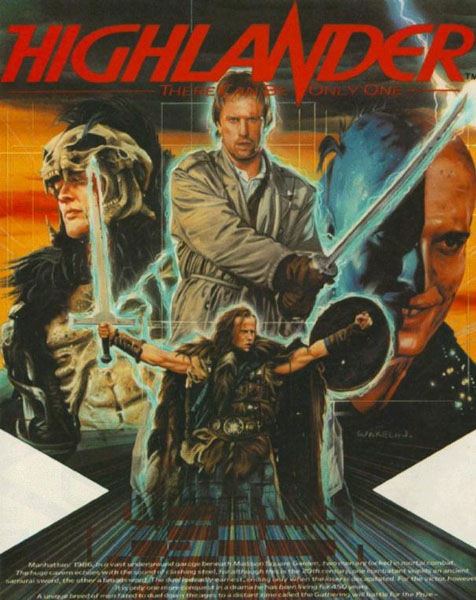 Sounds like Bioshock is on the shelf for a while, which makes me sad, but I’d much prefer a right approach to the material rejected and shelved versus being compromised and thrown into development.

Anyway, look for my full interview with Mr. Fresnadillo in a couple weeks!