The story behind the doc THE IMPOSTER is so crazy Quint had to make sure he wasn't Catfished! SXSW 2012

Ahoy, squirts! Quint here with some thoughts on a film called The Imposter. Here’s how crazy this documentary is: after it was over I hit up Wikipedia because I thought the filmmakers were pulling a fast one on me. That’s how paranoid I get when I see unbelievable docs. Thanks, Catfish.

But no, this is a real story. I’m going to tell you the main hook and you’re going to think I’m spoiling the movie for you, but I’m really not. This isn’t even the crazy part of the movie. So, a Texas family’s pre-teen son disappears one day. Just doesn’t come home. No ransom, no body, no evidence that he ran away with the circus… nothing. Three years later they get a call saying their son has been found in Spain.

Even with the incredibly vague set-up above when you consider the title it’s not exactly a surprise for me to say it’s not their son. It’s not that revelation, however, that makes this doc so compelling, it’s how the family deals with it.

The boy who went missing was a blonde-haired, blue-eyed American kid who would be around 16 at this point and the guy professing to be the missing boy is a brown-eyed man with a five o’clock shadow and a French accent.

And the family accepts him as their son.

The audience is in on it from about the 4 minute mark since the titular imposter, Frederic Bourdin, actually serves as our narrator, describing the ridiculous series of events that lead to the biggest lie he ever told and his utter disbelief that it worked.

Not only did he pull a fast one on foreign authorities, he also somehow tricked the CIA and was issued an American passport to return “home.”

If this was written in a feature script every studio in Hollywood would pass on it for being too unrealistic, so this really is a case where truth is stranger than fiction.

The power of the doc comes from the family’s acceptance of this stranger. They blind themselves to every rational warning sign out of sheer desire for him to be their missing son or brother. It’s a fascinating case study on seeing what you want to see and ignoring the rest.

There’s no doubt Bourdin is a very charming and persuasive guy, but the con he pulled off is epic on the scale of head-scratching unbelievability, which is why I wanted to look it up afterwards to make sure this wasn’t a work of fiction pass off as a talking heads doc.

And as I mentioned earlier, the movie goes into even weirder territory than I described above and absolutely worth seeking out just to see how bugnuts it goes. My only criticism is that I think they rely way too much on dramatizations. Re-enactments in documentaries is a personal pet peeve and they do it A LOT in this movie, which makes it feel more like a TV special than a fully formed documentary.

I couldn’t begin to figure out how to tell this story without the dramatization, but I do know it weighed the film down for me considerably. If they had somehow kept it with the CIA agents, the foreign police, Bourdin and the effected family I would have been mesmerized and without a nit to pick in the whole thing. But that’s a nit and by God I’m picking it. 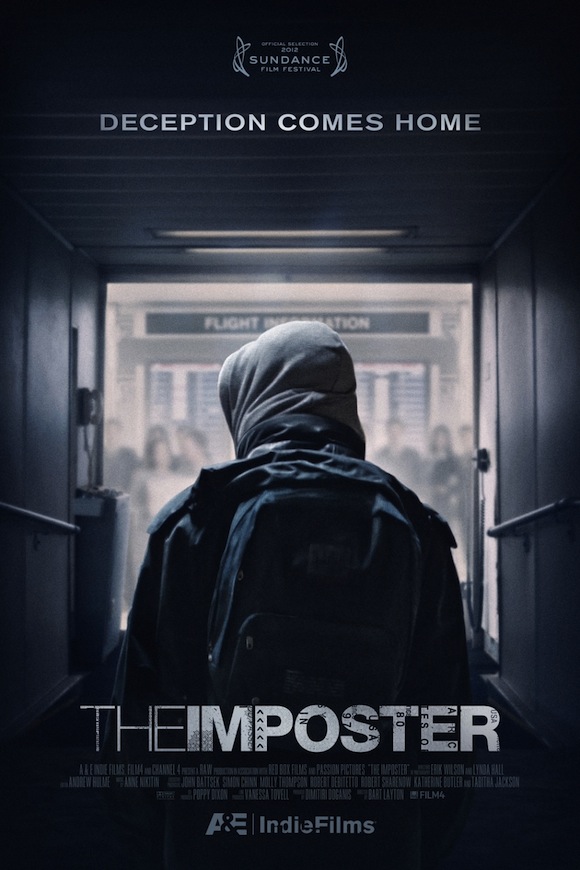