So Who Does Guy Pearce Play In PROMETHEUS? 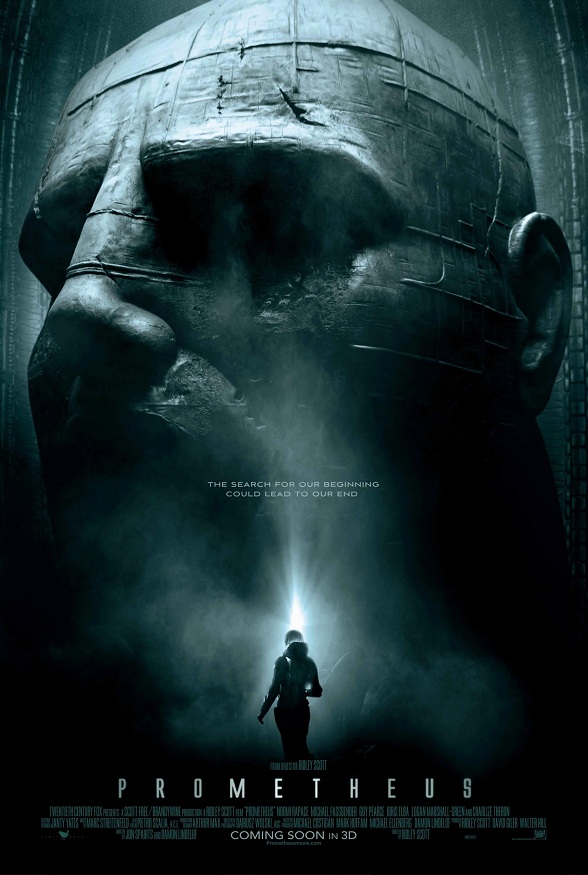 You know what... I think there's some flat-out lying going on by the marketing department and by the filmmakers about what PROMETHEUS is in regards to ALIEN.  Here's the thing - everyone's gone out of their way to say that the linkage of ALIEN to PROMETHEUS is tenuous at best, perhaps to either throw eager movie geeks like me off the scent, or just to temper expectations entirely.  There's been no cross-promotion with the previous ALIEN movies at all; I even thought it would be a fun idea to screen all of them in reverse to build up to PROMETHEUS but I don't think that's going to happen anywhere.  Brendon Connelly at Bleeding Cool is absolutely convinced that the Xenomorphs appear in PROMETHEUS in some fashion, and I'm inclined to agree.  This potential "Is it or isn't it linked" thing is keeping the fans all a-flutter, including myself, but I've decided that I'm going to enjoy it for what it is - Ridley Scott returning to science fiction, and enjoy it as simply that, and try not to anticipate any linkage.

Well, that all went out the window when I read this brief bit at AVP Galaxy, which found this quote from a Hungarian movie site, of all places, from Ridley Scott about who Guy Pearce plays in the new film:

When the first ALIEN movie and BLADE RUNNER were made, I thought that in the near future the world will be owned by large companies. This is why we have the Tyrell Corporation in BLADE RUNNER, and Weyland-Yutani in ALIEN. They sent the Nostromo spaceship.

The Prometheus is owned by an entrepreneur called Peter Weyland, and is played by Guy Pearce. That’s the connection between the two films, and nothing more. PROMETHEUS is a new film, a new world, and is full of new ideas. And of course new monsters as well.

So, yeah, let the speculation commence anew.  I also think it's funny that in a world like today, spoilers have no boundaries when it comes to language or where you give your interview.  Ridley may have gotten away with spoiling an entire film to a Hungarian news source back in the 70s or 80s, but certainly not today.  That is, if this is even true.

Honestly, come on, guys, it's a prequel.  That ship in the trailer is Giger's design, flat out - it's the Derelict from ALIEN, of that I'm certain.  There's nothing wrong in admitting that.  If you're trying to temper expectations, well, that's impossible now, especially after that trailer.  If there is a new trailer coming, I think they should just own up to it instead of teasing us like this.  It's not like we weren't going to buy our tickets anyway.