Leave it to Mondo to actually put out a John Carter poster that promises epic fantasy!

The reaction to the movie has been mixed-positive with some really going gaga for the film. I haven't seen it yet and I hope I'm with those gaga heads because I love the source material and I want for nothing more than to see a kickass Andrew Stanton live action Barsoom movie.

But it's no secret that the suits at Disney's marketing department either don't know how to sell the movie or are afraid of it because this movie should be a tentpole event and nobody seems to give a shit that it's coming out.

So, thanks to Mondo for finally designing a poster that makes it look epic and fun and full of wonder. If you want one of your own, Disney's printing them up only for those who see the midnight IMAX screening. Click the below image to go to the Hero Complex site and get the mega-sized image! 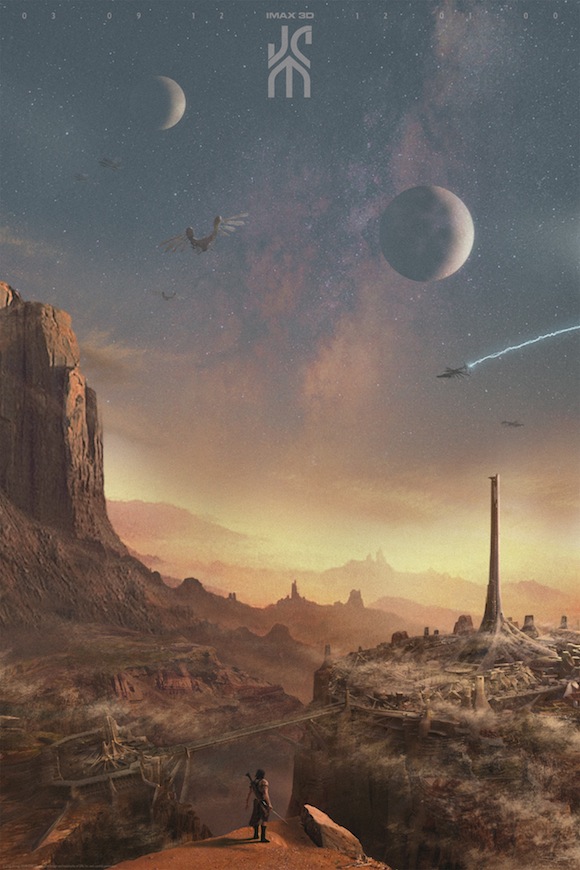