The Man Behind Those Cool STAR WARS and RAIDERS Filmumentaries Takes On JAWS!!

Jamie Benning, the man behind STAR WARS BEGINS, BUILDING EMPIRE, RETURNING TO JEDI and the recent RAIDING THE LOST ARK has begun prep on his next filmumentary, and he's going inside the jaws of JAWS.

For those who haven't seen our coverage of Benning's work over the last few months here on AICN, he tirelessly and meticulously pieces together what are essentially the ultimate making-of fan documentaries by collating rare footage, images, interviews, commentaries and more that play alongside (and in perfect harmony with) the actual films. He's tackled the original STAR WARS trilogy and the first outing of Indiana Jones, but now he's in research mode for INSIDE JAWS, which pleases me to no end as, like our very own Eric Vespe, it's my all-time favourite film.

Over the years we've seen a number of behind the scenes documentaries and books, from Bio's recent JAWS: THE INSIDE STORY to screenwriter Carl Gottlieb's THE JAWS LOG, and MEMORIES FROM MARTHA'S VINEYARD by Matt Taylor and Jim Beller, who has the world's biggest collection of JAWS memorabilia.

With the eagerly awaited Blu-ray release arriving in the summer and Benning's filmumentary now in the works, 2012 looks to be a very good year for fellow fin-atics. 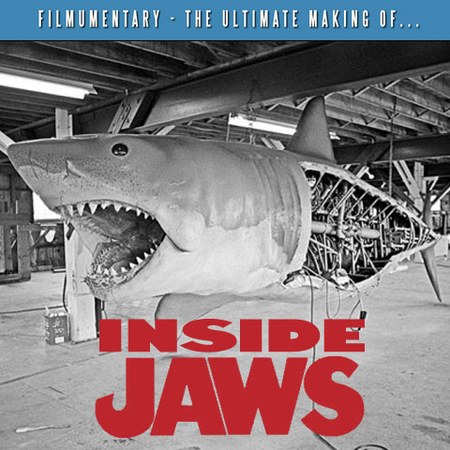 For more information and to see the previous fan-docs, head over to www.filmumentaries.com.