First Image From Walter Hill's BULLET TO THE HEAD Gives Us Sly And Axes! 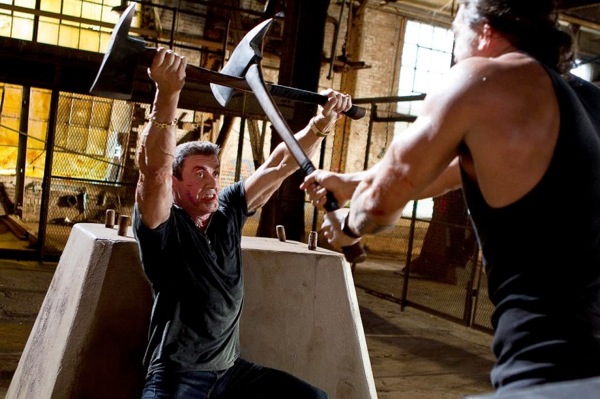 BULLET TO THE HEAD is Walter Hill's first big-screen effort in a decade, which is reason enough to be excited for this action flick about a cop and a hit man teaming up to take down a "common enemy". Axe fights? Pure gravy.

This image conjures up fond memories of Hill's underrated STREETS OF FIRE and Stallone's magnificent COBRA. If this film is something of a throwback/homage to their macho, blood-soaked '80s efforts, we could be in for something special when BULLET TO THE HEAD hits theaters next year. The film also stars Jason Momoa, Christian Slater, Sung Kang, Sarah Shahi and Jon Seda (no Powers Boothe?). The screenplay is from Alessandro Camon (THE MESSENGER) and Hill.